Begoña Fraire, the ex-model who wanted to be a mother before becoming a chef and conquered Joan Roca with some "great cheeks"

Begoña Fraire (43) poses in front of the camera with some shyness. He has a plant - he was a model for 12 years - and experience in liking the target, but his mu 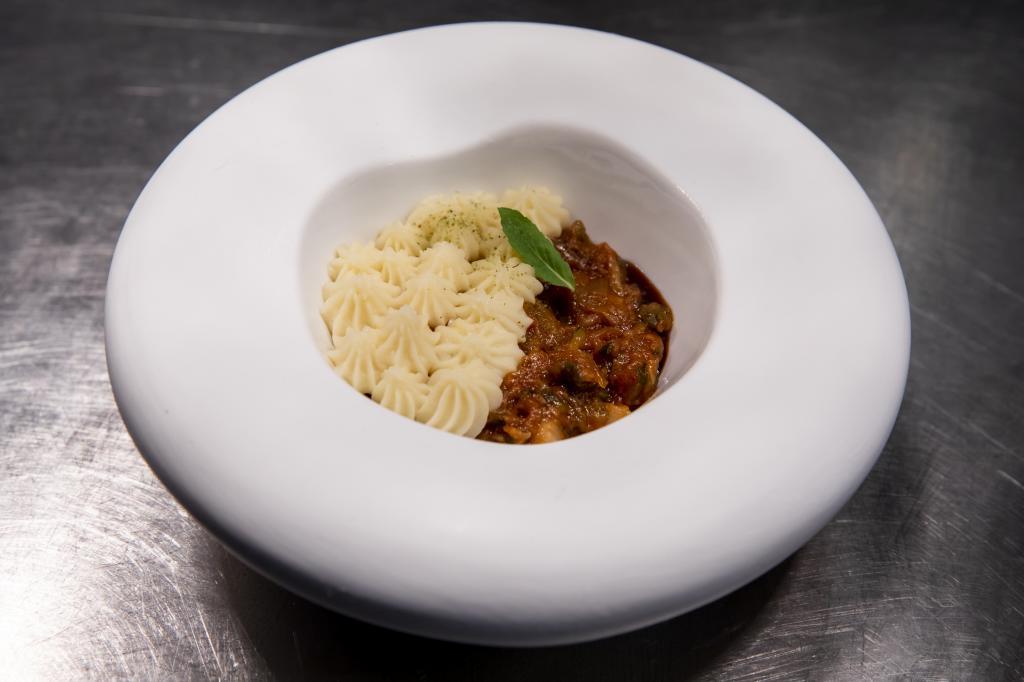 Begoña Fraire (43) poses in front of the camera with some shyness.

He has a plant - he was a model for 12 years - and experience in liking the target, but his world has been different for a long time.

16 years ago he left the catwalks to dedicate himself to his great passion: cooking.

At 26 I left fashion and my boyfriend and started to get into the kitchens of friends who had restaurants,

Today is March 8, International Women's Day, and he does not forget "the complications that still exist in my union to reconcile."

He has seen more times than desired how competent women left his team because of the schedules.

"And I understand perfectly."

She herself organized her life to "be a mother before dedicating herself to haute cuisine. Either mother or cook. Everything was not viable."

"And I took advantage of this time to train at the Basque Culinary Center and at Le Cordon Bleu."

He traveled to New York and Lima.

"It was a tough and intense stage, but it was time to do it."

At 29 he had set up his first cafeteria and there he saw how hard it was to dedicate himself to the hospitality industry.

Self-taught during his early years, he hired a cook "with a very good hand to make daily menus. Anselmo helped me a lot."

Later he evolved to a more elaborate concept in Six Eight, located in an area of ​​offices and industrial warehouses, where his name began to sound, and there one day he found Joan Roca at a table.

"It was a surprise. I was attacked and he told me:

relax, I only have 15 minutes to eat. I took him some great cheeks and a glass of wine

Since then they have "a very special loving relationship."

He has also gone to learn at his restaurant in Girona.

In 2015, the body already asked him for new challenges, that was too small for him.

Prudent by nature, he likes to listen.

Even the criticisms, why not. They are part of this and of life

What does not happen is due to rudeness or arrogance.

He says he has found his way.

"I already have a maturity as a chef and an incredible team that has cost me my life to make.

At first you copy as an apprenticeship, but one day you see that you have your own method

It's Friday and his latest challenge, bread - artisan, of course - is robbing him of many hours of night's sleep

"I have set up a workshop. Now we only sell it to order," she explains excitedly.

Until your corner-bakery is ready at the entrance of the restaurant.

"I'm training a baker to cover me at night because I can't be at everything."

In recent months, this Extremadura has also been the face of the Hostelería de Todos platform, created to promote a macro-demand to demand compensation from the State and the autonomies for the closure of the state of alarm.

"I am not going against one party or another. I am going against the criminalization of the sector by ten crazy people who do not do things well," he comments at one of the round tables at his restaurant in Madrid's Salamanca district.

He has a temper, is obvious, and does not shut up

"Many landlords, like mine, have also been unsupportive and have tried to collect the full rents seeing that we were closed and without income. Even when a Royal Decree of the Government established exceptional measures given the circumstances."

How far is the old normality.

"Before the Covid we were in the movies. Reservations a month away, the Michelin guide awaiting us - it has the Michelin dish that recognizes quality cuisine - ...".

And from one day to the next everything fell apart.

We are still in shock

. Who owns a restaurant has a lifestyle. And with all this we felt tremendous frustration. We could do nothing but wait."

The agenda is complete for the weekend.

"I am not obsessed with the Michelin star. I see it as a way to have fuel to continue. When it has to arrive, it will arrive."

At a table downstairs, historian Rosa Tovar consults books and works silently in front of a computer.

"She is helping me to investigate. Every day she tells me something new about a dish from my land -she was born in Badajoz-. We have a brutal gastronomic legacy."

Its Extremaduran pisto, the crumbs with grapes and the roe deer -one of the star dishes- are a reflection of that origin that it claims so much

His prepandemic clientele was mostly foreign, "we have five or six luxury hotels around";

while now they are capturing the national diner "willing to pay a high ticket."

small suppliers that show him the traceability of the products

and is not blind to the 'eco' fashion.

"My suppliers are my best ingredient," he says as he plates his ratatouille for a couple who enjoy the table they have overlooking the kitchen.

He likes to be said of his work that it is "elegant and balanced" and his goal is "to continue learning every day:" I have everything to do. "Yoga is his ally to keep physically and mentally fit and his five dogs an excuse perfect to get lost in the countryside. He is still surprised by comments based on prejudices such as the usual

Ayala, 27. From Wednesday to Sunday, it opens at noon.

From Friday to Sunday, noon and dinner.

GastronomyNatural meat at home for kitchens

VALENTINE The five most romantic Italians in Madrid

GastronomyPandomè, the market stall with one of the best artisan pizzas in Madrid