Rape filmed in front of a nightclub: 7 to 10 years in prison for the perpetrators

Four men, filmed raping a young woman in the parking lot of a nightclub, were sentenced to terms ranging from 7 to 10 years in prison on Thursday. The complainant's lawyer expressed her satisfaction with the admission of guilt but would have liked a real apology. &amp; Nbsp; 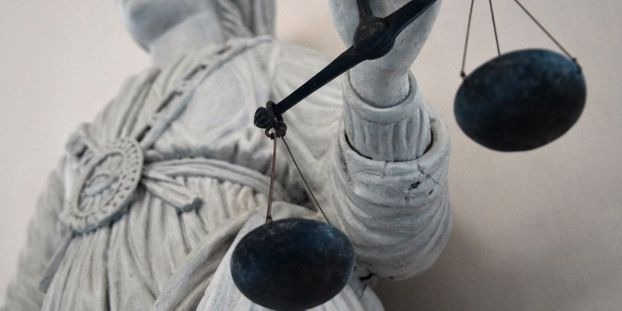 Four men, filmed raping a young woman in the parking lot of a nightclub, were sentenced to terms ranging from 7 to 10 years in prison on Thursday.

The complainant's lawyer expressed her satisfaction with the guilty plea, but would have liked a real apology.

Four men were sentenced Thursday to terms ranging from 7 to 10 years in prison for the gang rape of a 19-year-old young woman in the parking lot of a nightclub in Toulouse in September 2018. Videos of the assault had been broadcast on social networks in the hours that followed, curious people having filmed the scene with their mobile phones.

Overwhelming evidence against the four attackers, aged 19 to 25 at the time of the facts, who denied or minimized their participation, throughout the trial, before the Criminal Court of Haute-Garonne.

"We are satisfied with the admission of guilt"

A 10-year sentence was pronounced against the young man filmed in full rape, 9 years against his two friends confused by DNA traces on the clothes of their victim.

The fourth accused receives a 7-year sentence, he joined the group as a second step.

"We are satisfied with the recognition of guilt. But no penalty can repair the damage that has been done," responded the victim's lawyer, Me Ravyn Issa.

After four days of hearing, the trauma remains for the victim who hoped to hear sincere regret, deplores his lawyer.

"The defendants only uttered a stammering apology of opportunity, they showed no empathy, says Mr. Issa. I have the painful feeling that for three of the four defendants, their conception of consent is unilateral. "

The trial was held behind closed doors at the request of the victim, who left the courtroom on Thursday, visibly upset.

Attempt to minimize the facts by the defense

Advocate General David Senate on Thursday requested sentences ranging from nine to 13 years in prison against the four accused, in pre-trial detention since October 2018. For their part, the defense lawyers, tried to minimize the gravity of the facts.

"An evening that goes wrong in a context of alcoholism", for Me Caroline Marty Daudibertières.

"The first relationship was agreed", according to Me Robin Sénié-Delon.

The gang rape dates back to Sunday, September 16, 2018, at dawn, at the end of a very alcoholic evening, in the sight of other customers of the disco.

During her testimony in front of the gendarmes, the young woman had declared to have felt like "a toy, a puppet in the middle of children who argue".

"The images neutralized the debates a little, we had visual evidence, which is rare in the matter of rape", according to a source close to the file.

"The reconstruction will take a long time, but she will succeed, she is a strong young woman, assures the lawyer of the victim. She came to face her tormentors, she looked at them and said to them 'you did not have me. not destroyed. ”This is the message she wanted to convey to all rape victims, and that victims have nothing to be ashamed of, ever”.