Blasphemous, the video game 'gore' inspired by Goya and the Seville Holy Week

Rosalia is not the only one that is claiming Spanish sound, culture and imagery around the world. What if they told you that there is a video game set in a kind of An 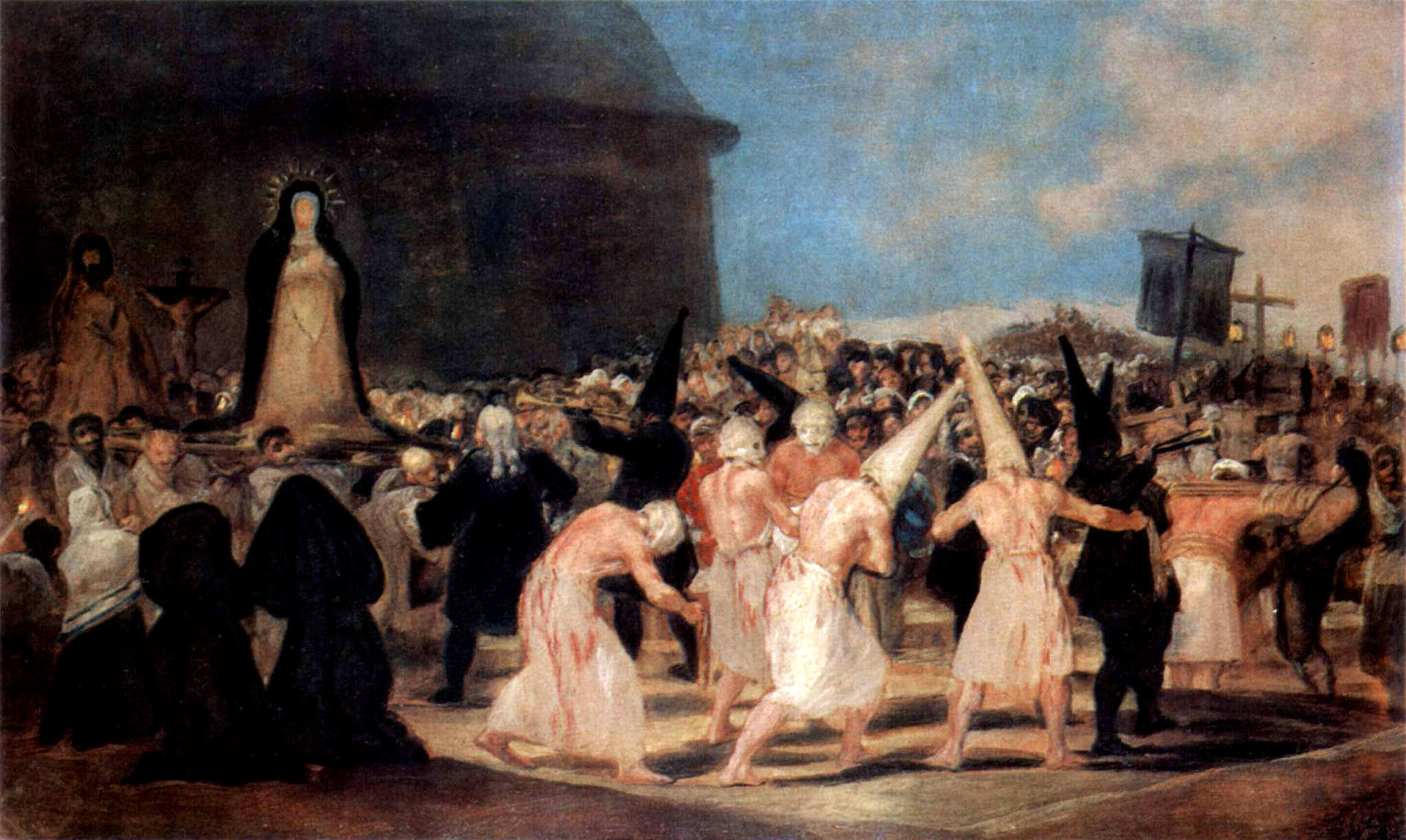 Rosalia is not the only one that is claiming Spanish sound, culture and imagery around the world. What if they told you that there is a video game set in a kind of fantastic and dark Andalusia in which the Puente de Triana, Las Meninas and a Nazarenes play a fundamental role that is triumphing in the US?

This is Blasphemous , the second video game developed by a Sevillian studio called The Game Kitchen and born directly inspired by a Goya painting: 'Procession of disciplining'. In this oil on panel, the 'blood brothers' demonstrate their bloody religious fervor in a public act. Hence, the protagonist of the game, El Penitente, wears a metallic hood inspired by them.

Their success has exceeded all the expectations they had, as you have come to sneak between the best-selling computer and the Nintendo Switch game console (will arrive on Playstation and Xbox this week) in this first week after its launch.

Because of its appearance, Blasphemous may remind you of the old Super Nintendo video games, since its artistic style, called 'pixel-art', imitates video games for more than 20 years. And maybe because of how it is handled, it also reminds you of titles like Ghost 'n Goblins or Dark Souls , names that may well be equivalent to Star Wars or Game of Thrones in the world of video games.

The difference lies in the fact that none of them can fight a monster that carries Doña Margarita Teresa of Austria's infant on her shoulders. Her skirt covers her eyes and her movements are erratic, so you can easily overcome it with agility. And with violence: another thing not, but Blasphemous at times seems Saturn devouring his son .

The monstrous girl is not the only reference that appears almost literally, since there are dozens more, from a character who recites coplillas of Lola Flores ("and that my acais, if I tell lies, run out of light") to paintings like Magdalena Ventura with her husband , who has inspired a final enemy; also going through things like a famous grave. Thus, a monument of the game is clearly inspired by the dark tomb of the bullfighter Joselito El Gallo of the cemetery of San Fernando, in Seville.

This twisty twist does not seek to offend anyone, art historians or the most believers. "There is not a single cross in the entire video game," says Enrique Cabeza, the creative director of The Game Kitchen. "We have always shown our work, we did not want to offend, we have been honest and there has been no problem," adds Francisco Ureña, head of the studio's programming. "The moment you cut ties with that symbolism you avoid possible ideological reprisals."

Blasphemous is not a game in which Christianity is criticized, but is inspired by legends such as that of Mrs. Maria Coronel, whose face burned to avoid King Pedro I the Cruel plays an important role in the adventure; and recover places as emblematic as the horseshoe arches of the Mosque-Cathedral of Cordoba to convert them to the religion and strange history of the video game.

Adapting all this to a video game has had very difficult times. For example, the development of the soundtrack. The peculiar melodies of Blasphemous , which are run by Carlos Viola, could not be completed until the last months of development because "the development of a video game is something alive," said Head. This is a problem that arises, to a large extent, from the process of financing the game.

The Sevillian study used the Kickstarter platform to launch a crowdfunding process with which they sought less than 50,000 euros and ended up having more than 275,000. In other words, users who were interested in Blasphemous's proposal paid small sums to finance it, and far exceeded what the game developers had planned. This, although it is something positive, always added more pressure to the creator. "You cannot offer a product of 50,000 euros when people see that you have much more quantity," says Cabeza. Thus it went from being a project of three people to require the participation of "between 10 and 12 people, according to the needs of the production", which lasted three years.

Japan has always been a key influence in video games for years, but with Spanish culture, there are hardly any such references. Only another video game, Maldita Castilla , also developed by Spaniards, has dared to enter this territory. Blasphemos shows that something different can also be done.

Ironically, thanks to Japan, the country to which this game has also arrived, these Sevillians understood that what they had done was something so ours that something was going to miss something in the translation. "We had to explain to our Japanese translator that expressions we used, such as 'I carry blood of kings in the palm of my hand', were not literal." Despite their passion for flamenco, the Japanese don't know everything about cante jondo.