Pele encourages Neymar, tied for most goals, "inspires those who take on challenges"

'Football emperor' Pele gave a message of encouragement to Neymar, who stood shoulder to shoulder with his Brazilian player's record for most A matches. Neymar, the Brazilian soccer team, scored the opening goal in the 16th minute of extra time against Croatia in the quarterfinals of the 2022 International Football Federation Qatar World Cup held at the Education City Stadium in Al Rayyan, Qatar on the 10th, 0-0. 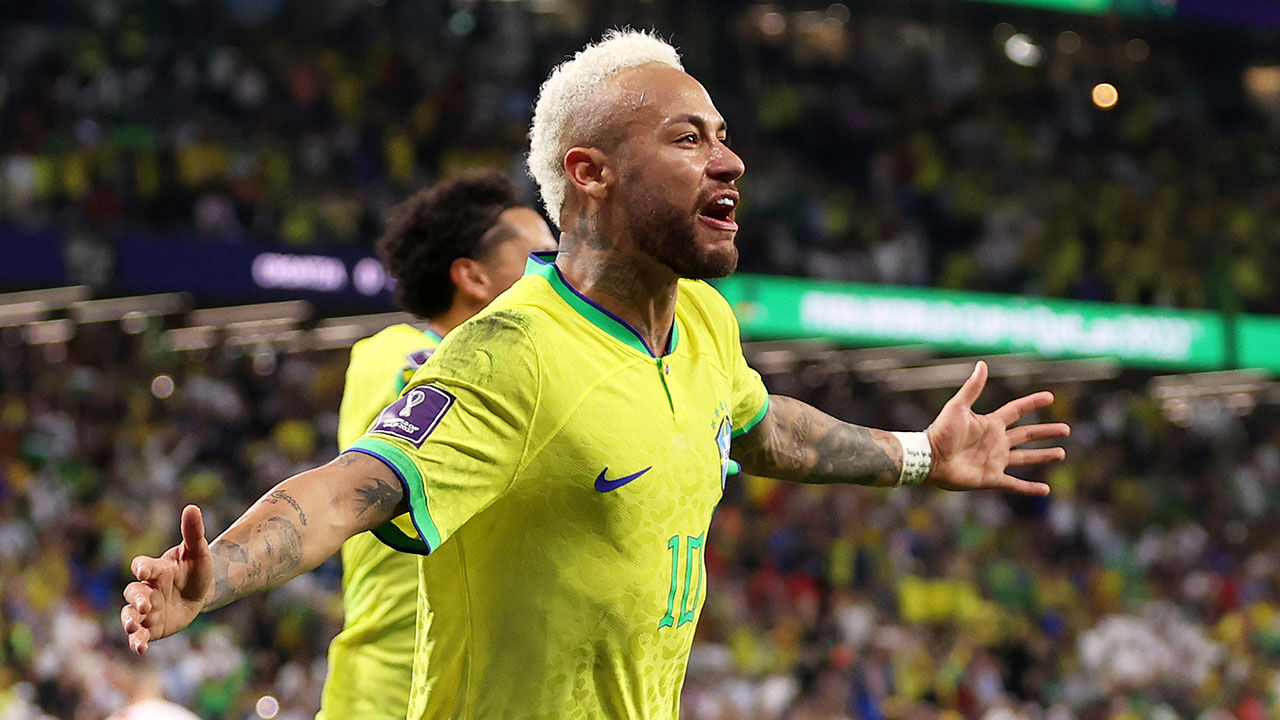 'Football Emperor' Pele (82) gave a message of encouragement to Neymar (30, Paris Saint-Germain), who stood shoulder to shoulder with his Brazilian player's most A-match record.

Neymar, the Brazilian soccer team, scored the opening goal in the 16th minute of extra time against Croatia in the quarterfinals of the 2022 FIFA World Cup Qatar held at the Education City Stadium in Al Rayyan, Qatar, 0-0 on the 10th (Korean time).

It was Neymar's 77th goal in his A-match career.

With the goal, Neymar broke Pele's record for all-time goalscoring for the Brazilian national team.

Neymar overtook Pele's record in 12 years since he scored on his A-match debut in 2010.

This is the first time in 51 years since Pele's last A-match goal in 1971 that Neymar has scored 77 goals in A-match as a Brazilian player.

However, Brazil gave up an equalizer to Bruno Petkovic of Croatia in the second half of extra time on the day and faced 1-1, then lost 4-2 in the penalty shootout, leaving the World Cup quarterfinals for the second consecutive time following the 2018 Russian tournament.

On this day, Pele congratulated and encouraged Neymar through his social network service (SNS).

He posted a photo of Neymar cheering after he scored and wrote, "I've watched you grow, I support you every day, and finally I can congratulate you on reaching the record for most goals for my Brazilian national team." .

"We both know this is more than numbers," he said. "As players, our greatest duty is to inspire. To inspire today's professional colleagues and the next generation, and most of all, to all who love football." revealed.

"Unfortunately, today is not the happiest day for us," Pele comforted Neymar and Brazilian football.

Then he added, "But you will always be a source of inspiration that so many aspire to. I've learned that our legacy only grows with time. My record was set nearly 50 years ago, and until now no one has had access to it." “You did it. Your achievements are of great value,” he praised.

"But, as I do, you will know that no number is greater than the joy of representing our country. I am 82 years old. I hope I have inspired you in some way along the way," he said. "More than that, it's impossible. I hope that your achievements will spread to millions of people who follow you to challenge the visible."

"Your legacy is not over. Please continue to inspire us," he added. "I will continue to be happy every time you score, as I have in every game I've seen you."