The Portugal national team launched its eighth participation in the World Cup successfully, and achieved an impressive victory over its Ghanaian counterpart, 3-2, in the opening matches of the two teams in the Qatar World Cup 2022. 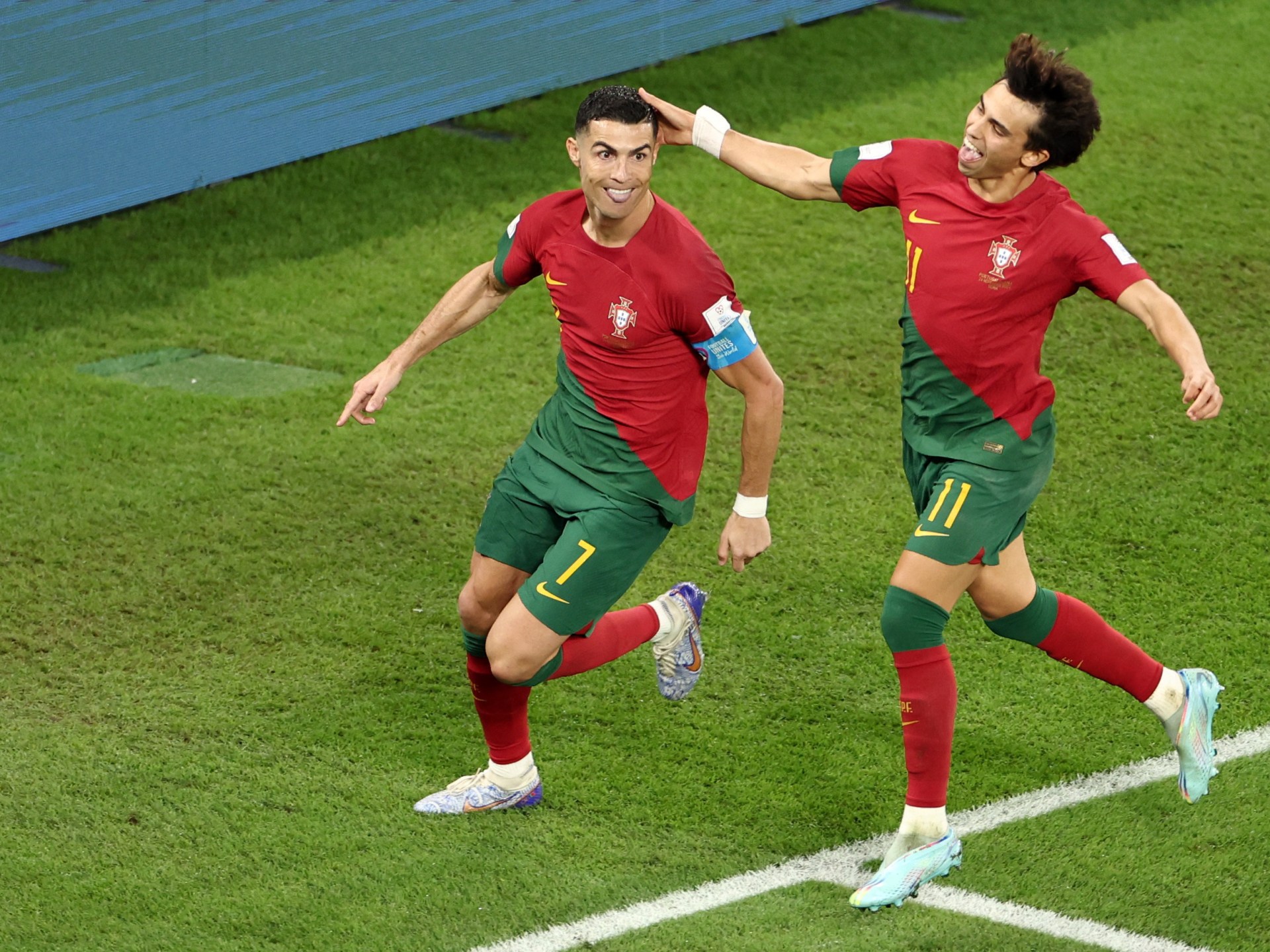 The Portugal national team launched its eighth participation in the World Cup successfully, and achieved an impressive victory over its Ghanaian counterpart, 3-2, in the opening matches of the two teams in the Qatar World Cup 2022.

The match was held at Stadium 974, which will be completely dismantled after the end of the World Cup, for Group G of the first round of the group stage.

The first half of the match was disappointing, and there were few chances to score, before the situation changed completely in the second half, which was exciting and witnessed the scoring of the five goals.

Cristiano Ronaldo put Ghana's national team defense in the forbidden, and was obstructed inside the penalty area, so that the American referee of Moroccan origin, Ismail Al-Fateh, blew his whistle, pointing to the penalty mark in favor of Portugal.

The Ghanaian protests did not find their way to convince the referee to change his decision, so Cristiano himself advanced to her, and hit it hard to the right of goalkeeper Lawrence Ati Ziggy, scoring the first goal for Portugal in the 65th minute.

And "Don" needs a single goal in order to equalize the number of his compatriot Eusebio, who scored nine goals, to share the throne of the top scorer in "Brazil Europe" in the World Cup.

But Cristiano's joy lasted only 7 minutes, after Andre Ayew succeeded in adjusting the score, taking advantage of a mistake in covering the Portuguese defense, to easily put the ball into the net.

Portugal's response was not long in coming, after Bruno Fernandez delivered the ball to Joao Felix, who started from the right, then put the ball over the goalkeeper into the net in the 78th minute.

The Ghana national team did not recover from the shock of the second goal, so that the Portuguese scored the third goal, from a quick counterattack, in which the ball reached Fernandez, and from him to Rafael Liao, who sent it to the far left corner, into the net.

The Ghana national team revived the match again, after Osman Bockari reduced the score in the 89th minute, with a header, and put it on the left in the net, difficult for goalkeeper Diego Costa, but the match ended with an exciting Portuguese victory.

Bukari closes the gap for the Ghanaian national team with a perfect header (3-2).

Portugal has topped Group G since the opening round, after achieving its first three points, while the "Brown Stars" are at the bottom without any credit.

The Uruguay and South Korea teams had settled for a goalless draw in the match that preceded the Portugal-Ghana confrontation, which was held at the Education City Stadium.