Cameroon loses with the goal of its Swiss "son", Embolo

Cameroon launched its return to the FIFA World Cup finals, with a loss against Switzerland, with a goal scored by its "son" Brill Embolo, Thursday, at Al Janoub Stadium in Al Wakrah, in the first round of Group G competitions within the Qatar 2022 World Cup. 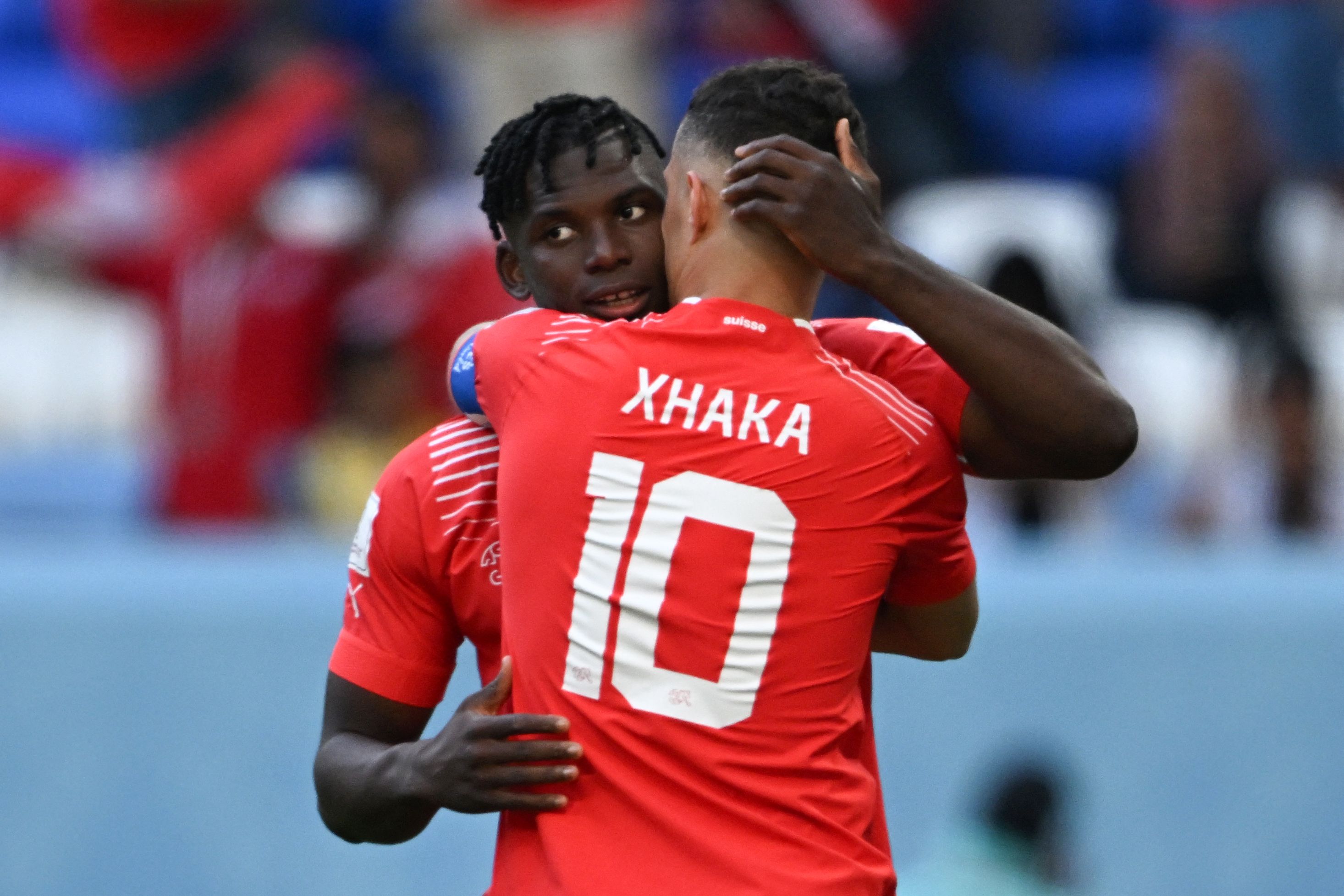 Cameroon loses with the goal of its Swiss "son", Embolo

Cameroon launched its return to the FIFA World Cup finals, with a loss against Switzerland, with a goal scored by its "son" Brill Embolo, Thursday, at Al Janoub Stadium in Al Wakrah, in the first round of Group G competitions within the Qatar 2022 World Cup

. Embolo, a Cameroonian who was born in the capital, Yaoundé, scored the goal. The only one in the 48th minute, and he seemed affected and did not celebrate.

And Brazil will play later with Serbia in the same group.

Cameroon, which is participating in the finals for the eighth time in its history, was absent from the last edition in Russia, and suffered its eighth loss in a row and the thirteenth in 24 matches.

On the other hand, Switzerland, which is competing in the world championship for the twelfth and fifth time in a row, achieved its thirteenth victory in the finals, in which it reached the quarter-finals 3 times.

Song expressed his disappointment with the loss.

The former international defender continued, "The next matches will be decisive for us. We tried to create plays and got chances that we did not translate. We keep our heads up and everything is possible. I will congratulate the players and make them understand that we are playing at the world level. We must remain focused from start to finish."

Cameroon was the first African team to reach the quarter-finals when it did it in 1990 and its resounding surprise in the opening match by defeating the defending champion Argentine 1-0, who had the advantage at the start of the match and almost opened the scoring early when Italian Verona midfielder Martin Hongla passed behind the defense to the Brentford striker. Brian Mboimo hit it powerfully, rebounding from the German goalkeeper of Borussia Monchengladbach, Jan Sommer, and set up in front of the French Lyon striker, Carl Toko-Ekambi, who hit it over the crossbar (10).

Sommer saved his goal again by deflecting a reverse ball from Hongla from close range, before German Mainz defender Sylvain Widmer dispersed it from in front of Choupo-Moting to a corner that did not bear fruit (30).

Saudi Al-Taei defender Collins Fay penetrated into the area and passed a cross that Widmer removed at an appropriate time in front of Toko-Ekambi (35).

Switzerland responded with a header by Borussia Monchengladbach defender Nico Elvedi after a corner kick that passed near the right post (40).

Switzerland surprised the untamed Lions at the beginning of the second half when Empolo took advantage of a cross from Chicago Fire striker Gerdan Shakiri, who followed it strong with his right from close range into the goal (48).

Cameroonian Embolo did not celebrate the goal.

Choupo-Moting almost equalized from an individual effort inside the area, ending it with a shot that goalkeeper Sommer pushed his chest into a corner that did not bear fruit (57).

Inter's Italian goalkeeper Andre Onana saved his goal from a second goal when he pushed a powerful shot from Augsburg striker Robin Vargas from close range into a corner (67).

Arsenal captain and midfielder Granit Xhaka tried his luck with a powerful, creeping shot from outside the area, which was blocked by Onana (89).

Substitute Harris Seferovic missed the opportunity to reinforce in the penultimate fifth minute of stoppage time, when he received a ball inside the area, manipulated defender Jean-Charles Castilletto, and hit it powerfully with his left, hitting the latter's body and turning into a corner.