“Threat messages are still coming”: runners Barukko and Kravchenko - about discrimination in sports and the broad Russian soul

Italian runner Federico Barucco at the end of August supported athletes from Russia during the Ultra-Trail du Mont-Blanc race in France. He entered the track in a uniform in the colors of the Russian flag, and at the finish line he showed a banner with the inscription: "Sport without borders." In an interview with RT, the ultramarathon runner and his wife, a native of Yaroslavl, Alexander Kravchenko, told how this idea was born and why their unborn child will certainly have a Russian passport. 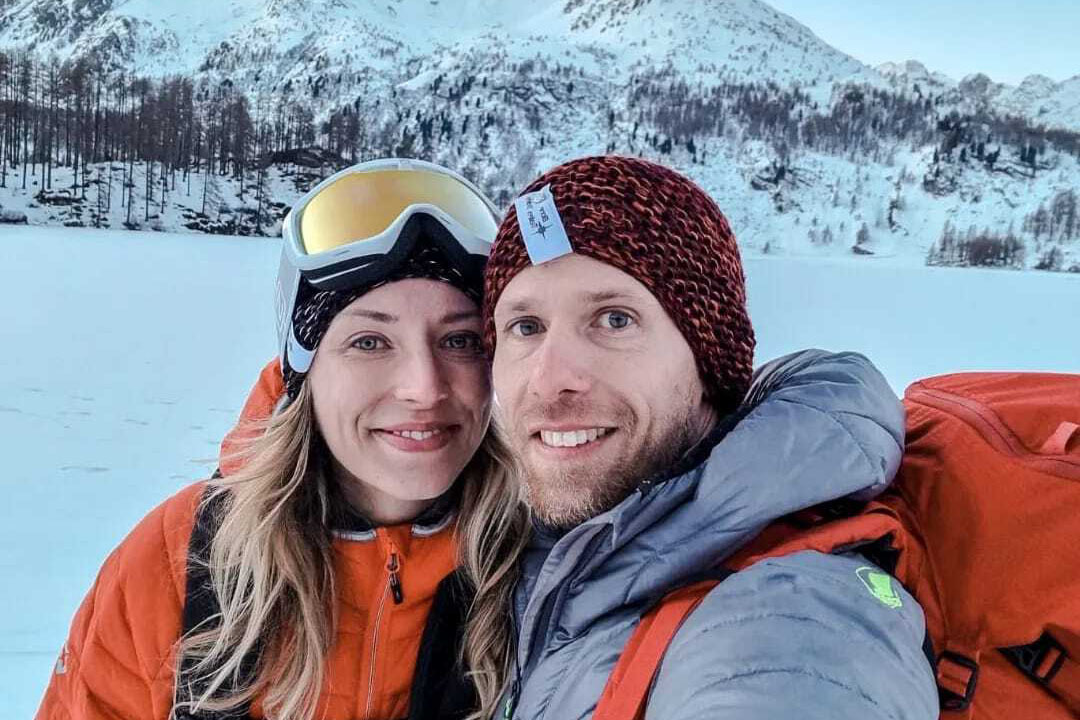 - Tell us what connects you with Russia?

Federico Barucco: My wife Sasha is Russian, born in Yaroslavl.

We met her in October 2019 at the start of the race, when I came to Moscow on a business trip.

Sasha ran 50 kilometers, and I ran a short distance, because that day I had to fly back to Italy.

But we exchanged contacts and began to communicate, and in December Sasha flew to Italy for the first time for the New Year.

And so our relationship began.

I have always loved winter, even though I was born in Argentina.

And Russia is known precisely for its harsh winter, especially Siberia.

Therefore, in February 2020, together with another Italian athlete, I made an expedition to Lake Baikal.

You know, for my compatriots, and for Europeans in general, this lake is one of the main attractions that they dream of visiting.

What do you mean by expedition?

FB: We planned to overcome 350 kilometers on ice, autonomously, without stopping at hotels.

Food, a tent, clothes were carried with them in a sleigh.

And when the trip came to an end, the covid epidemic broke out - and all flights to Italy were canceled.

So I had to stay in Russia for eight months!

It's good that I could work remotely.

Although in the end it turned out to be a big plus for my company, because at that time none of the engineers could fly there to clients.

During this time I have traveled to different parts of the country.

What do you remember most about these travels?

FB: First of all, I always met kind Russian people who were ready to help without demanding anything in return.

They did everything with a big soul and an open heart and only wanted me to tell Europe how beautiful Russia is and what good people live there.

Sasha and I also used these eight months for sports achievements.

For example, we ran the Moscow Marathon, and also took part in the trail in Pereslavl-Zalessky.

Alexandra Kravchenko: Federico said that since he is in Russia, he must definitely climb the highest point in the country.

I agreed, although I had never been on such hikes in the mountains before.

We were very lucky with the weather: in our group there were guys who could not go upstairs for several years in a row, but we succeeded the first time.

FB: I really liked this experience, as there were guys from the sports environment around, and I was the only foreigner on this trip.

We still communicate with everyone, maintain warm relations.

Just like with the girls who helped organize the expedition to Baikal.

Recently, a package with souvenirs from Siberia came to the address of Sasha's sister in Russia.

There is jam, kozinaki, and also a soft toy, knitted with your own hands.

And it's so sweet, so nice.

All these small details speak of the breadth of a person's soul.

And I think that most people in Russia are just like that.

Usually in Europe they say about Russians that they are cold and harsh, but I do not agree with this.

That is why, when I found out that the Russians were not allowed to race in France, I wanted to express my protest and somehow support them.

— Why were you outraged by the decision for this particular ultramarathon?

FB: First of all, because I understand how difficult it was to prepare for it.

The track on Mont Blanc is 170 km with a large climb, and it takes three years to prepare for such a race.

In addition, this is a very prestigious start, which can be compared with the World Cup.

Therefore, I imagine the emotions of Russian athletes who have been going to these competitions for so long, planning a trip, buying tickets, booking accommodation ... And then they were simply told: “No, you are not participating.”

In addition, my wife is Russian, we will have a child with Russian roots, and I don’t want him to grow up in a world where he can be deprived of something at one moment just because of his nationality.

- Was it difficult to implement the plan?

- At first I thought for a long time how best to do it.

What words to write.

In addition, there was a huge problem in order to buy a T-shirt in the colors of the Russian flag.

Our friends from Russia passed it through the tenth hand, because you can’t buy this anywhere in Europe.

And 20 days before the race, I twisted my leg and doubted whether I could even reach the finish line.

Therefore, I began to ask my friends, who also planned to participate, to support my undertaking and finish with the banner “Sport without borders”.

But no one agreed!

Everyone said that they understood and supported this message, but feared the consequences.

Then we began to look for Russians who act under other flags.

Found a guy who ran for the Netherlands.

But he, like the others, said that he did not want problems, as he was in the process of obtaining a residence permit.

- Did you support your idea?

FB: Before the race, not a single person said that I was doing something wrong.

In the end, I'm glad that I was able to run the entire distance myself.

But I did not think to fight for medals.

It was important for me to get this experience, because this is one of the main races of the year in Europe.

I also experienced a very emotional moment during the finish, when I crossed the line in the colors of the flag, which cannot be seen today at any international tournament.

А.К.: After the race, Federico was in a strong emotional state.

I thought that he would collapse exhausted as soon as we arrived at the hotel, because he had not slept for two nights before.

But he could not fall asleep for a long time - he read what was written on the Internet.

The messages were different: someone supported, someone condemned.

To be honest, he still receives threatening messages on social networks.

But we don't pay attention to it.

- This action was also widely discussed in the media, and certainly not everywhere with a positive message.

A.K.: We talked, it seems, with six journalists, but a lot was published according to the principle of a damaged telephone.

For example, in one of the articles it was written that it was I who thought up my husband, because I am Russian.

But it is not, it was entirely his idea and decision.

Although this situation, of course, affects me too.

It's just that Federico is the kind of person who always fights for the truth.

He is uncomfortable when someone's rights and interests are infringed, and he is always ready to help.

- Do you think that the goal of your action was achieved?

Has anyone changed their minds about the suspension of Russian athletes?

FB: I won't exaggerate my own influence (

I do not consider myself an elite athlete, I do not belong to those who represent the country at the highest level competitions and whose words are highly valued.

I have a regular job and sometimes as a hobby I run ultramarathons or go on 350km expeditions.

So, of course, I understand that the International Federations that ban athletes from the World Championships and the Olympics will not change their minds simply because Federico Barucco made such a message.

But I consider it a great achievement that they are talking about it in ten countries.

That a simple person like me was able to speak loudly about discrimination in sports.

It is important for me that I receive not only negative, but also positive responses to my act.

For example, from the mayor of the city of Brescia, where we live.

From colleagues at the local running club.

And I believe that with such small steps, something can be achieved.

In any case, it's better to do at least something than to sit back, isn't it?

— Do you plan to continue this promotion on other trails?

FB: I was waiting for this question.

Once again I will say that I am not an elite athlete, so I want to spend the next races more quietly and calmly.

Moreover, Sasha and I are expecting a child: the son is due in January.

I am now organizing an expedition in Switzerland in February, which will have a very important social aspect, but I can’t talk about it in detail yet.

In addition, next year Italy will host a race run by the same organizers as the Ultra-Trail du Mont-Blanc.

I already asked them if Sasha would be able to take part in the race as a Russian.

If not, then I'll have to participate myself.

And, most likely, with some similar message to society.

A.K.: But we really hope that they will let me in, because I basically don’t want to go out under any other flag, except for the Russian one.

I was born in Russia and I have nothing to be ashamed of.

Even if I have an Italian passport, I will perform under our tricolor.

FB: Today I also have to think about my Russian wife and son.

We may not change the world, but at least make it a little better for our son.

What nationality will the baby have?

FB: We could get him both an Italian and an Argentinean passport.

But I believe that a son must have Russian citizenship, he must not lose his roots.

And he should have a future in Russia.