The fiasco is a fact. Sweden cruised at home against Slovenia and is sent down to the C division in the Nations League. Now nations such as Azerbaijan, the Faroe Islands and Luxembourg await - after the final whistle, national team captain Janne Andersson could only shake his head. 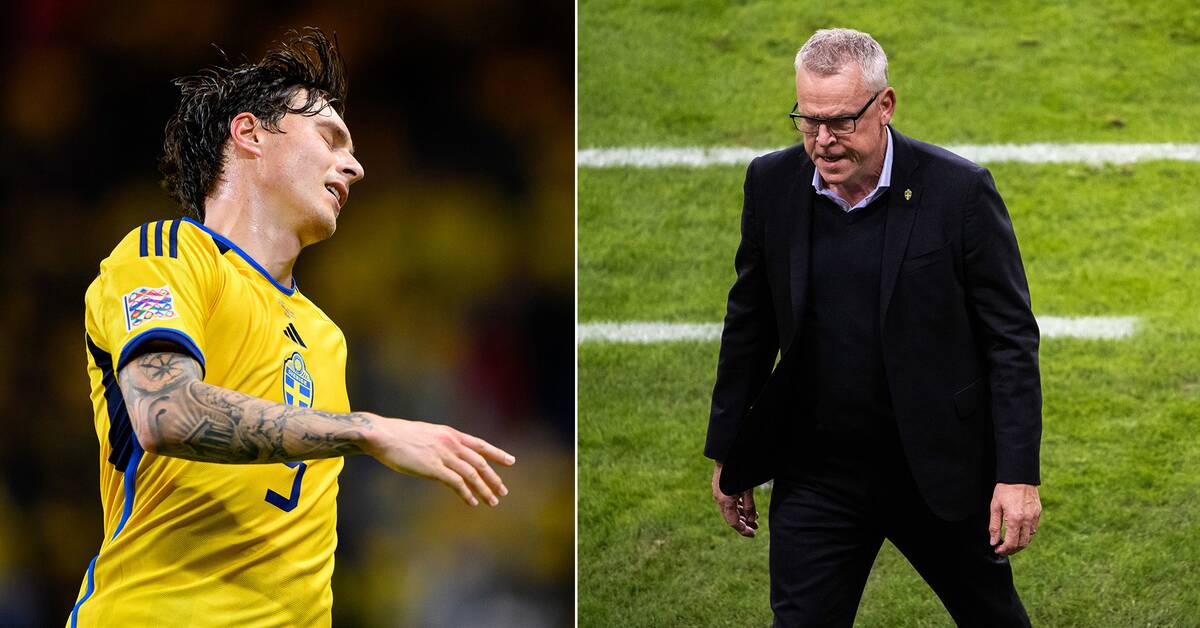 Sweden had four consecutive defeats in the Nations League and were under pressure to win the last group stage match to avoid relegation to the C division - then the visitors shocked Sweden when they scored the first goal of the match at Friends.

It was "Slovenia's Haaland", starlet Benjamin Sesko, who struck with a dream goal.

The 19-year-old met a cross and went straight for the volley.

The midfielder went on a solo raid, ran free, shook off defenders - and scored the equalizer just before the break.

But 1-1 stood - a result which means that Sweden, which fell out of the A-division in 2021, will be last in the group and sent down to the C-division.

- It's not good enough, says a few-spoken Dejan Kulusevki to Viaplay after the match.