First loss in the JVM for the Junior crowns

Sweden lost to the USA in the JVM with 2-3, which means that there will be no group victory for Sweden. The USA dominated the game completely, but Sweden made the game exciting with two late goals. 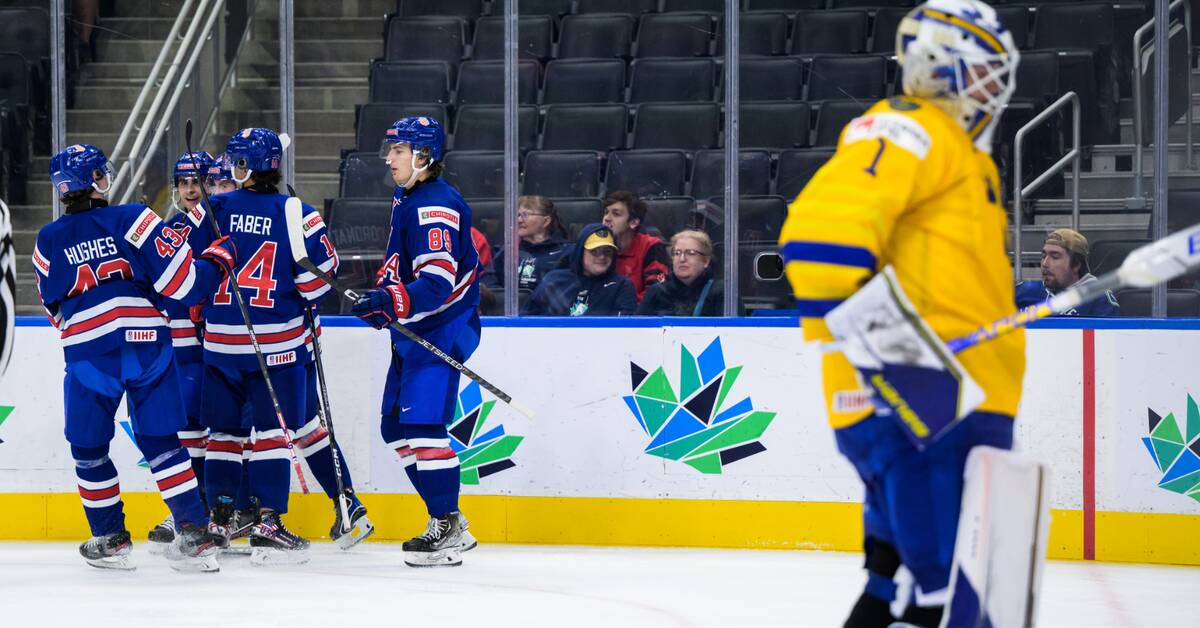 The USA was the first really big test in the JVM for the Junior crowns.

The USA, one of the big favorites to go all the way, would also prove stronger.

After an even start, Sweden was sent off after five minutes.

And then a minute later it rang.

Brett Berard received the puck at the right post, folded in and tried to put the puck behind Jesper Wallstedt in the Swedish box.

The first attempt was unsuccessful, but Berard did not give up and hit the rebound before the Swedish defenders could clear.

In the second period, it was the USA that dominated.

The USA kept Sweden on the outside, and the Junior crowns had only three shots on goal in the second period.

At the same time, the USA fired 15 shots, with the finish that felt the least dangerous going into the goal.

Matt Coronato had the puck near the extended goal line, a few meters from the box.

There he found a small gap between Wallstedt's arm and stomach, and the USA then had 2-0.

In the third period, the USA put in a decisive blow.

3-0 came just over five minutes in when Coronato pinpoint shot the puck into the crossbar.

And the USA was incredibly effective at shutting down Sweden's offensive.

Sweden would get two reductions.

Only when Emil Andrae sent in a puck from blue that the goalkeeper dropped in.

And with one minute and 15 seconds left, Stakkestad would score a rebound on the power play.

The next match for Sweden is against Germany on Tuesday night at 04.00 Swedish time.