Athletes and analysts have identified six benefits for the foreign camps of the professional league clubs in preparation for the 2022-2023 football season, which is held for the first time naturally after the Corona virus pandemic, noting that these benefits are good preparation from all sides in a natural atmosphere and the players’ distance 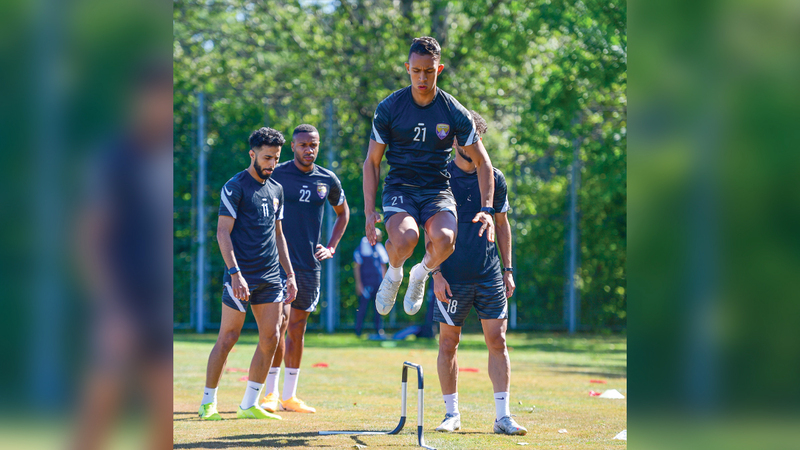 Athletes expected a strong competition for the league title next season, and they affirm:

Athletes and analysts have identified six benefits for the foreign camps of the professional league clubs in preparation for the 2022-2023 football season, which is held for the first time naturally after the Corona virus pandemic, noting that these benefits are good preparation from all sides in a natural atmosphere and players away from pressures and negative atmospheres and creating A kind of familiarity and harmony between them, through their presence with each other for the longest period in one place, and the coaches getting acquainted with the capabilities of their players closely, especially the new elements, and playing the largest number of friendly matches, as well as preparing the injured players.

They told "Emirates Today": "The great interest by the managements of the professional league clubs in the foreign camps this season is an indication that the conflict will be strong, and that the competition for the league title will expand between more than two teams, unlike what happened in the past, as the championship title is limited to Between two teams only.

A member of the Al-Nasr Football Company, the first team supervisor and technical analyst, Abdul Rahman Muhammad, considered that the camps are beneficial for all clubs.

He added, "Through my follow-up to the clubs' camps, most of them have played friendly matches, and it is clear that they are interested in the success of these camps, and this will create a strong atmosphere of competition and excitement between these clubs, as well as club contracts with new players, and the inclusion of foreigners at a high level, in addition to club contracts with coaches. And strong names, and all of these are indications that we will see a strong league, so I expect the competition to expand to include more than two teams, contrary to what we are used to in recent seasons.”

The former Ajman and Al Dhafra coach and technical analyst Abdel Wahab Abdel Qader confirmed that “the clubs will benefit from the establishment of camps naturally, so that the club can conduct morning and evening training, as well as play the largest number of friendly matches to determine the players’ readiness, and these camps allow players the opportunity to be with each other. Some for the longest time create a kind of harmony among them, in addition to the fact that the atmosphere is now much better compared to the previous situation during the pandemic.”

"A good coach is the one who will get the most out of the camp," he added.

In turn, the former Al-Nasr team manager and technical analyst, Khaled Obaid, said, "The timing of the establishment of these camps is appropriate for the clubs, especially since the calendar of the new season was announced early, and the club administrations began preparing early for the external camps for their teams."

He continued, "Last season, there were about four clubs that managed to set up camps outside the country, but this season all managed to establish their external camps, so the benefits are often physical and not mental, because the benefit is represented in the process of harmony between the players, especially in the physical aspect, and the players They will get along more with each other in an atmosphere away from pressure.”

The 6 Benefits of Outdoor Camps

1- Good preparation from all sides in a natural atmosphere.

2- Players stay away from negative pressures and atmospheres.

3- Create a kind of intimacy and harmony between the players.

4- Coaches get to know their players' abilities closely, especially the new elements.

5- Playing the largest number of friendly matches to determine the readiness of the players.

6- Preparing the injured players in preparation for the upcoming benefits.