The national team captain before the bronze match: "This medal belongs to us"

The goal before the championship was to come home with a medal. Tonight, Swedish time, Sweden has the chance to reach the goal - bronze match awaits against Finland. - We feel that we have an incredibly strong team and this medal belongs to us, says the U18 national team's national team captain Madeleine Östling to SVT Sport. 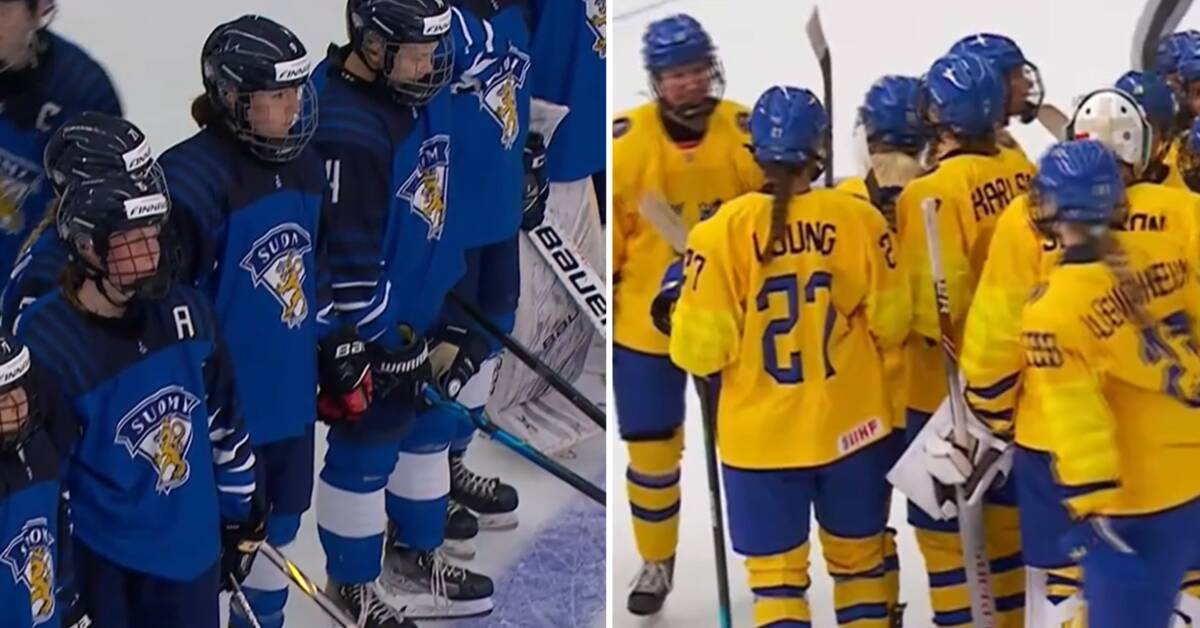 Sweden had the lead against the USA before the third period in the semifinals.

But the home nation and the reigning champion equalized and eventually won 3-2.

Instead of the final, a bronze match is now waiting for the Swedish U18 national team.

I told the team afterwards that it's probably just healthy that you are disappointed at the moment and it's okay to be when you are so close.

But, we have an important match today and the best performance left to deliver and we are fully set on taking home the bronze to Sweden, says national team captain Madeleine Östling.

- It's a damn desire for revenge, we'll build on that.

We feel that we are an incredibly strong team and this medal belongs to us.

Finland stands for the opposition in the bronze match.

A team that Sweden defeated 4-3 in the group stage - the winning goal came with only eight seconds left to play.

- A maximum performance will be required.

We have looked at their strengths, we also see their weaknesses.

We will have a counterattack on their strengths and really attack their weaknesses and we will take home the bronze today.

What would it mean for Swedish hockey if you came home with a medal?

I think that so far we have proven to ourselves and all other nations that are here that Sweden is to be reckoned with in the future.

I also think that we have received respect from the nations that will be at the top and that are in the final, USA and Canada, that it is not so fun to meet Sweden.

It is clear that it would mean a lot and be a boost for Swedish women's hockey if we take the medal with us.

The bronze match will be broadcast at 10.30 pm on SVT2 and SVT Play.

The final between the USA and Canada will be broadcast at 02.30 on SVT1 and SVT Play.