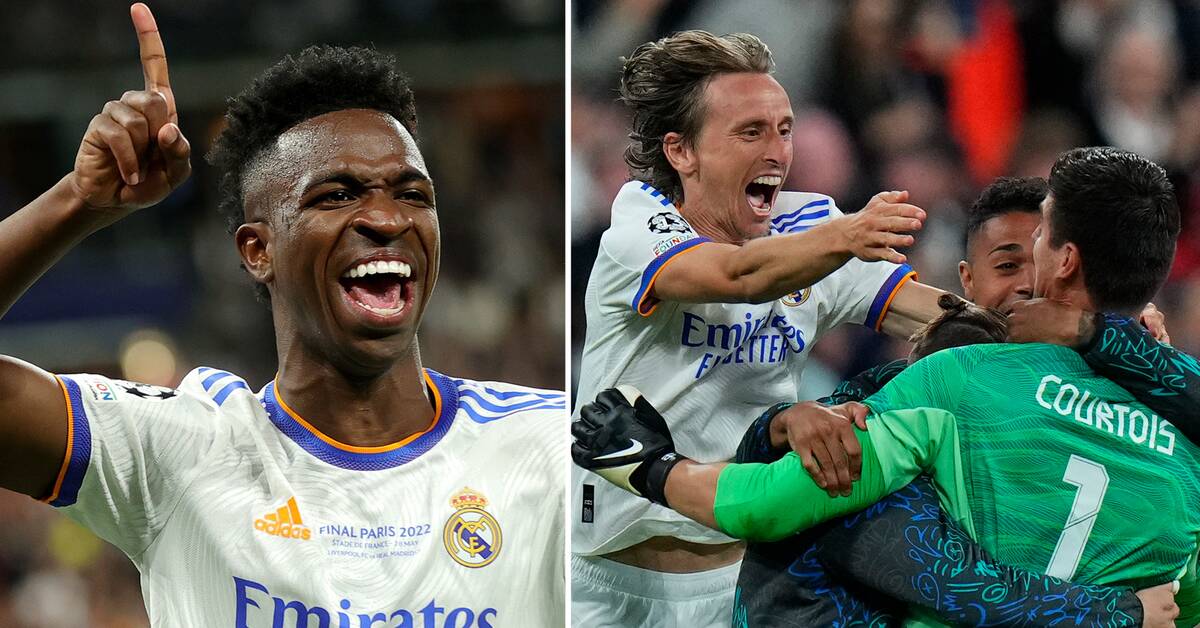 The first half, however, was Liverpool's - Jürgen Klopp's team created the most, had the most ball possession and the most shots on goal.

The closest was Sadio Mane, whose shot went through goalkeeper Thibaut Curtioi's hand, into the post and out.

But Real Madrid managed, on their only chance so far, to put the ball in the net.

The goal was ruled out due to offside, the messy situation in front of the goal was videotaped for a long time but both teams had to settle for 0-0 when the half was over.

However, Real Madrid would get their goal.

Just over 13 minutes into the second half, Vinicius Junior came completely free on the left side and was able to lift the ball diagonally out of reach for Alisson after Federico Valverde's play.

It then turned out to be crucial.

Chance after chance was burned or stopped and the most crucial achievement with five minutes of regular time left was Allisson's class save, which prevented Real Madrid from extending their lead.

The match lasted until the last minute of extra time, but Liverpool never caught up and will therefore see Real Madrid lift the dent.