Long match or broken match. Madrid can adapt to anyone, an expert like no other in the emotional scenario of the finals and with a fondness for exchanging blows.... 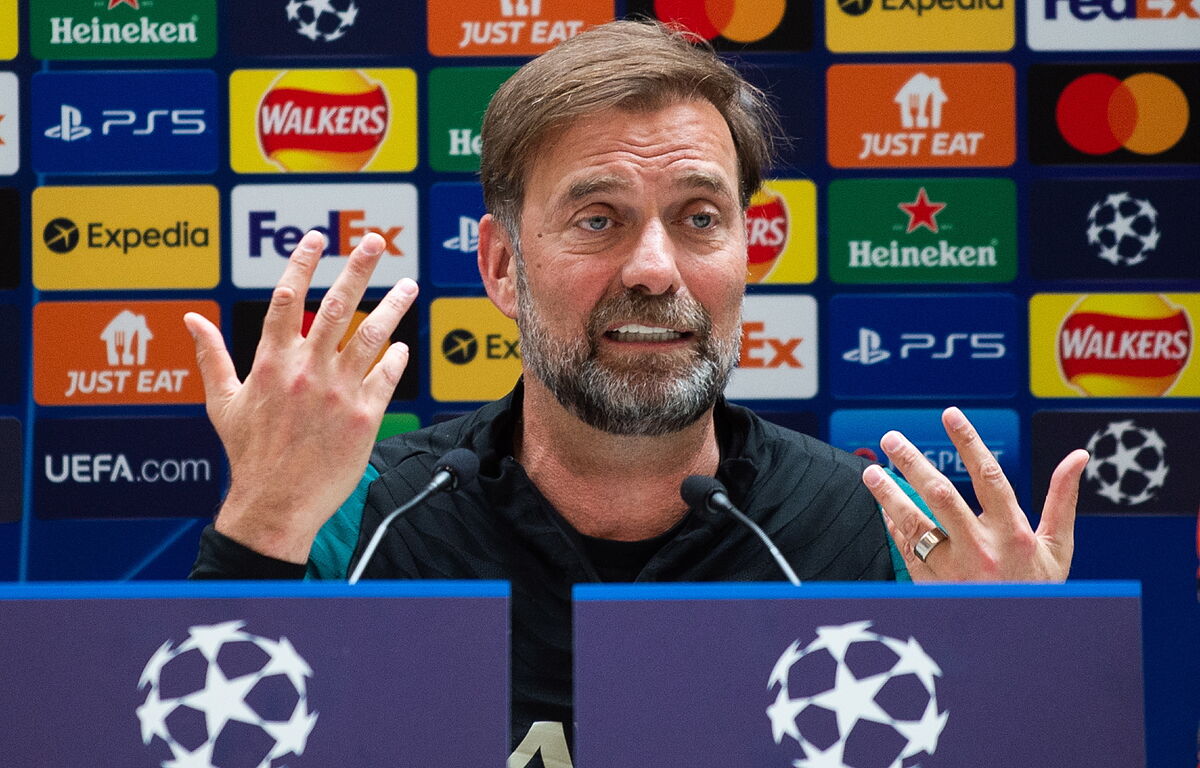 Madrid can adapt to anyone, an expert like no other in the emotional scenario of the finals and with a fondness for exchanging blows.

The x-ray of the finalists in Paris, on the other hand, recommends

The X-Rays of the Champions League, which analyze both the effectiveness periods of Madrid and Liverpool, as well as the accumulated wear and tear, indicate that in a balanced game, the Whites adapt better to the outcomes, with higher goalscoring percentages in the final stages, as well as to arrive less worn.

The two rivals score more goals in the second half.

Although this is not relevant, because it is common in knockout tournaments, like half of those analyzed in the graph, the proportion is higher in the case of Madrid (71.4% vs. 63.3%).

The number of goals is similar (20 for the Whites to 19), although the overall sum is higher for Liverpool (30 versus 28).

The significant comes when the margins are compressed as the outcome approaches.

As of the 70th minute, Madrid have scored 11 goals to Liverpool's eight;

from 80, eight versus three.

The English have not scored any after 90 minutes;

THE RIVAL PREFERS THE FRENZY

Does this mean that the white team should speculate in search of a tight ending?

But the reality is that the records show that his adaptation to the moments of greatest pressure has been better than that of his rivals.

In the development of the game the same has not happened.

Except for the first half at Stamford Bridge, both against PSG, Manchester City and Chelsea at the Bernabéu, he has been dominated for most of the minutes.

Liverpool have elements in common with

's teams due to the high pace of play that they are capable of imposing.

Liverpool is even more intense, with less respite.

It is the seal of

Accepting his proposal, no matter how good Madrid's punch is, is like tossing a coin.

The German knows it and for this reason, yesterday, during the press day at Anfield, it was clear: “We couldn't do anything if they played like they did in the last minutes.

They would be invincible.

If the games go on without closing them, against Madrid you can expect anything."

Klopp will try to prevent him from being that way.

BENZEMA DOUBLE IN GOALS TO SALAH

They have speed and goal.

They form a fearsome attack, and more after the incorporation of the Colombian in the winter market, the great discovery of Klopp.

Individually, on the other hand, none come close to the level of Benzema, who almost doubled the Egyptian star's goals in the tournament (15 to eight).

In addition, the decisive nature of those goals has been much greater in the case of the Frenchman.

Although Salah has scored seven of his eight goals in the group stage and just one in the first leg of the round of 16, against Inter in Milan, Benzema has scored 10 of his 15 in the second phase, in the knockout rounds .

Salah is unpublished since March in the Champions League.

To this drought is added the uncertainty about his physical condition, after retiring injured in the FA Cup final and playing a few minutes on the last day of the Premier.

, initially a substitute, is Liverpool's second scorer in the tournament (five goals), the same as

Between the Brazilian and

is the decision: either more attack or more containment.

If you are looking for balance, what the X-Rays recommend, the chosen one will be the Uruguayan.

The Brazilians from Madrid and Liverpool coincide, then, in the revulsive profile for their teams.

THE EFFORTS OF THE MONTH OF MAY

Outcome performance may also be marked by physical reserves.

Madrid starts with the advantage of having been able to dose their efforts during the month of May, while Klopp, involved with his team in the FA Cup final and the fight for the Premier, has had to squeeze his starters.

will be able to play, while Salah himself,

, key pieces, will arrive in Paris with very tight recoveries.

Liverpool's theoretical starting eleven has accumulated a total of 4,328 minutes in the month of May, while Madrid's adds 2,926.

The difference is 1,402, more than one game per starter.

The recent wear and tear is incomparable, as is the stress level, an element that is also necessary to play in a final and that Madrid needs to activate after not suffering from it for a month.

There is no winning ending without stress.