A break that sows concern: Has the Ferrari bubble been punctured?

At the time everything exploded, Charles Leclerc was leading in Montmeló with more than 13 seconds over George Russell and had the bonus of the fastest lap (1:27.030). Their... 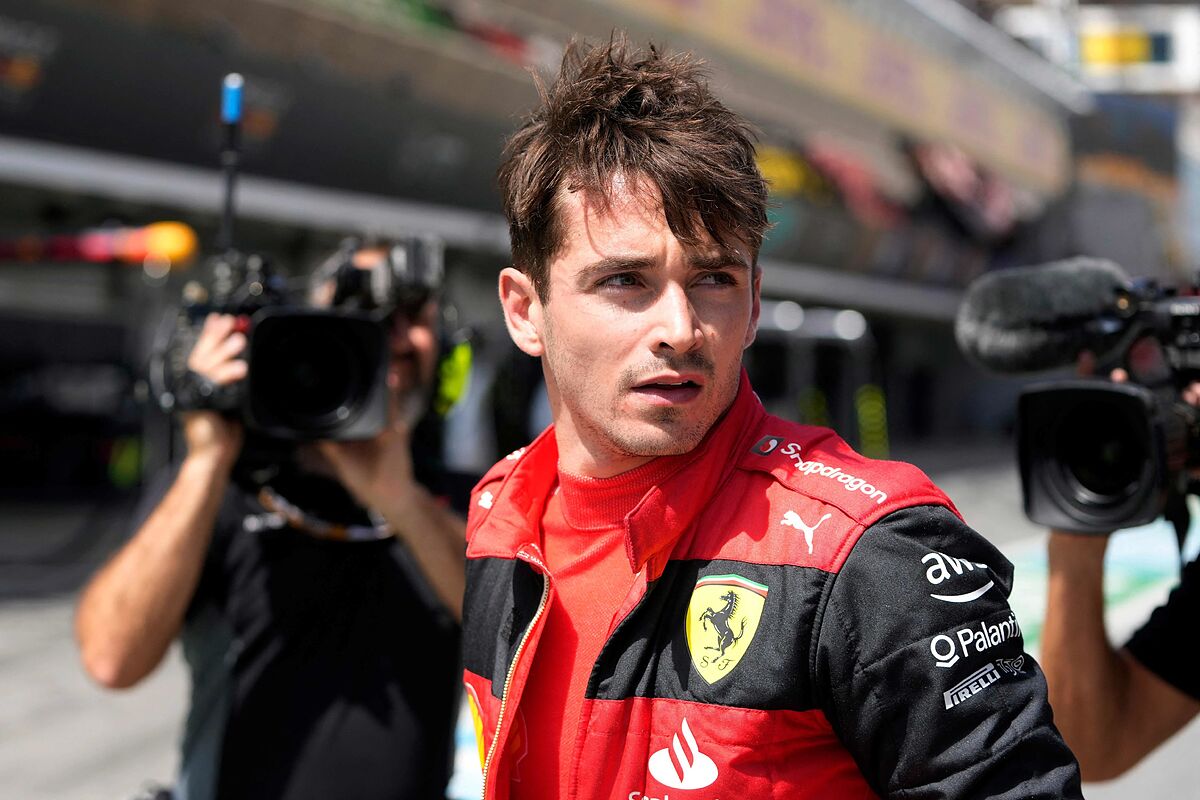 At the time everything exploded,

was leading in Montmeló with more than 13 seconds over

His pace on the medium tyres, which he had just mounted after a spectacular 2.2-second

, was even better than on the soft ones he had started with.

was egging him on from behind.

Then the Monegasque launched a radio message that broke Ferrari's heart.

"We hadn't detected anything in the car and it was Charles who warned us", explained

after the race, still unable to confirm the origin of the break.

The absence of smoke, at least, gave the head of the

the hope that it was the turbo or the MGU-H and not the internal combustion engine.

That theory is reinforced by the fact that the SF75 could reach the garage.

As soon as he arrived, as confirmed by Binotto, Leclerc's instinctive reaction was to greet the team's staff one by one and send a message of encouragement.

The mechanics, for their part, extracted the power unit and sent it to the factory, where today it will be examined by

In the absence of knowing if they will be able to recover it for Monaco -the least demanding race of the World Cup in terms of performance- the truth is that in Maranello they face again a problem that they thought they had left behind.

Reliability, which has plagued Red Bull so much from Bahrain to Australia, is now a concern for Ferrari.

A matter of the first order and somewhat forgotten, given that in all of 2021 they did not even reach the limit of three changes, which gives rise to penalties.

Of course, last year's priorities were very different for the Cavallino brand, which was never seen with real chances of victory to squeeze its engine.

The horizon today seems very different, given that Leclerc has lost the leadership of the World Cup and Red Bull already rules in the constructors' championship.

, fourth at the finish line of a race that he had underlined in red.

"I failed in the start procedure," the Madrid native admitted during his joint appearance with Leclerc.

And his self-criticism went further in the Sky F1 microphones: "I'm having a hard time with this car, you can see it clearly from the outside. The improvements work, but I don't feel comfortable with its balance. It's not what I want for myself. riding style and that's why I can't show the level of last year", confessed Carlos.

To the error with the anti-stall system he must have added an exit from the track, forced by the wind, in the Repsol curve.

The damage to the flat bottom caused a notable aerodynamic loss and, according to the estimates of its engineers, it lost almost a second per lap.

As soon as the checkered flag fell, Binotto wanted to comfort him: "It was a tough day, but the important thing is that you fought until the end. Sooner or later, your work will pay off."

Ferrari needs the best Sainz not only to stop the bleeding against Red Bull, but to confirm that the improvements applied in Barcelona, ​​the first of the year, work in the medium and long term.

Above all else, alarming tire degradation had to be dealt with, as the Austrian team continued to delve into its weight-saving and aerodynamic updates.

Despite the logical disappointment due to retirement, Leclerc's analysis invited optimism: "We improved in

, in race pace and in tire management."

Indeed, the good care of the Pirelli seemed to favor Ferrari this time to the detriment of its adversary.

In the first stint, Leclerc rode 21 laps on the new soft while Verstappen only lasted 16 on that compound (counting the three laps he had accumulated in the previous one).

Similarly, during his six laps in the yellow shoes he lapped between 1:27.0 and 1:27.2, almost 1.2 seconds faster on average than the Dutchman.

And when Binotto was asked about the progression of Mercedes, the Swiss replied fiercely: "Charles was ahead of them by more than six tenths per lap, so if they had reached the finish line, they would have lost around 40 seconds."

And finally, there is the relief, always helped in F1, of shared ills.

According to some last minute rumors in the

were exposed to a few minutes of extreme tension on the starting grid, due to the minimum fuel temperature.

The same setback suffered by Aston Martin in Miami.

To this would be added the difficulty of Verstappen when activating the DRS against Russell.

"That complicated everything, but we found a strategy to get back in front," revealed

, who had suffered something very similar on Saturday during the decisive stage of Q3.