Aleix Gómez, the hero against Denmark: "We are going to fight to continue making history"

Aleix Gómez was one of the great heroes of the victory of the Hispanics against Denmark. The Barcelona player arrived at the game alone in the face of danger: the loss due to covid... 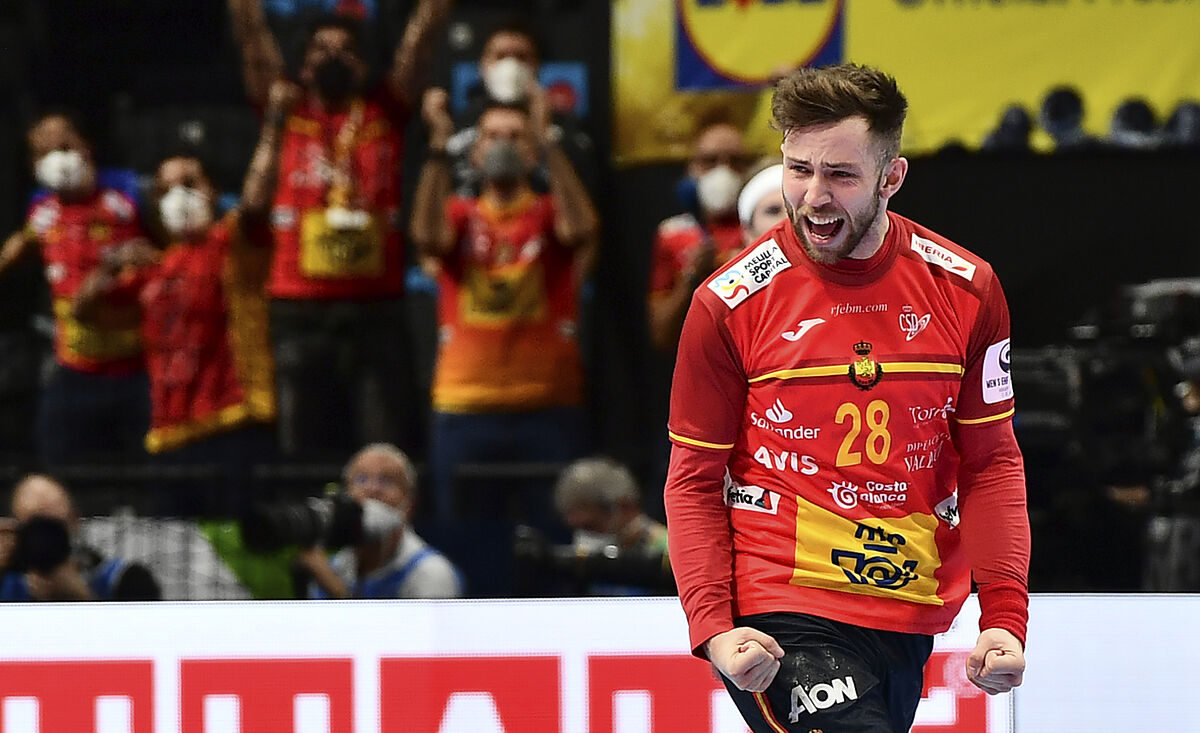 was one of the great heroes of the victory of the Hispanics against Denmark. The Barcelona player arrived at the game alone in the face of danger:

's withdrawal due to covid

made him the only option for the team's right winger and he signed a performance to remember. Not only because of the 11 goals he was able to score throughout the match, but also because of his ability to steal several tremendously decisive balls in defense and the fact that he ultimately became the player who added the most minutes on the court : His break was reduced to just 16 seconds.

"We have worked very well this match and we are very happy. It has been a great team effort, we have had a great game and now we have to prepare for the final. I don't know if Denmark wanted to play against us in this semifinal, but we have had a It was a great game and it would be incredible if we won the gold. It is clear that we are going to fight to continue making history", said the winger as soon as the match was over.

With the 11 goals scored against Denmark, Aleix Gómez has become the top scorer for the Hispanics, with a total of 35. The debutant

In attack, in addition to the work of Gómez, the contribution of Joan Cañellas

who returned to the team in the duel against Poland after having had to spend a few days in the dry dock due to a positive for covid. His seven goals, most of them from mid-range, were also vital in breaking down the Danish defence. "Winning Denmark is a plus because we always come across them at important moments and we haven't beaten them since the World Cup in Qatar," he said. "We have to celebrate that we have won the best team in the championship. We don't have the names that they have or their respective salaries, but we have shown that we have been better. It is clear that the objective is to win the final, but we have already reached the third in a row and that also has to be valued",he added

Under the sticks, meanwhile, the interventions of a

, the great figures of Denmark, from scoring terribly clear options were also completely decisive. "We cannot be taken for just anyone. We may not be the best team, but we are the best group. We have believed in ourselves and in sport you have to play until the end. If you look at the bookmakers, it did not bode well for us , but we have played better than Denmark. They were not used to playing with the score against", assured the goalkeeper.

From his point of view, unity is the key to the European that Hispanics are signing.

"Everyone in this group feels important. It's not that Denmark did badly, but rather that we did very well. And in goal we had to do better than ever," said Pérez de Vargas, who is well aware that winning a third consecutive final will be no easy task at all, but he believes blindly in his chances.

"The important thing is the fact that this family has been up there for a long time, but we have to try to take advantage of this situation," he said.

European Handball ChampionshipDenmark, the monster that comes to see Spain