Watch .. Did the referee of the match between Egypt and Guinea Bissau in the African Nations canceled a correct goal?

In the 82nd minute of the Egypt-Guinea-Bissau match, the referee canceled a goal for the latter after returning to the VAR technology, to end the match with the "Pharaohs" achieving their first victory in the African Nations Cup currently being held in Cameroon. 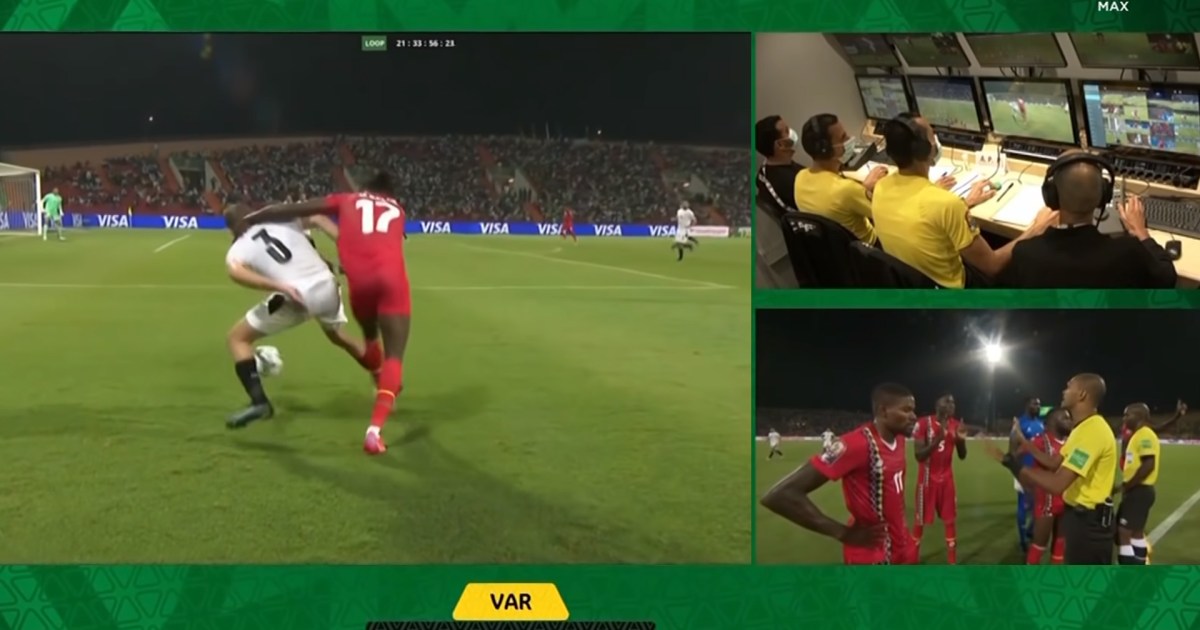 In the 82nd minute of the Egypt-Guinea-Bissau match, the referee canceled a goal for the latter after returning to the video assistant referee (VAR) technique. The match ended with the "Pharaohs" achieving their first victory in the African Nations Cup currently being held in Cameroon.

This cancellation sparked a storm of reactions on the communication sites between a supporter of the referee’s decision and an opponent of it, but the former Egyptian international referee Gamal Al-Ghandour, the arbitration expert on “BN Sport” channels, settled the controversy, and saw that the Rwandan Pacific referee did not commit any mistake throughout the match.

He explained the arbitral situation that led to the cancellation of the goal, and he said, "The judgment after being summoned by the mouse went to the real reason for canceling the goal, which is that my country's feet obstructed Omar Kamal, and the violation is not by force or attraction, but by obstruction by foot; and therefore the decision was distinguished for the main referee and the ruling The mouse, and the decision to cancel the target is the right one."

It is noteworthy that the Egyptian team renewed its hopes of qualifying for the eighth final of the African Championship by defeating Guinea-Bissau with a clean goal in the second round of the fourth group competition in the tournament currently being held in Cameroon.

The Egyptian team owes this victory to Mohamed Salah, who scored the game's only goal (69).

The Egyptian team scored its first 3 points in the current edition of the tournament, to occupy the second place, 3 points behind the Nigerian team, while the balance of the Guinea-Bissau team stopped at one point in third place, with a goal difference against Sudan.