Did he pay the price of solidarity with Palestine? .. A vague statement by El-Nini’s agent about the justifications for stopping the renewal of the player’s contract with Arsenal

Alaa Nazmi, the agent of the Egyptian star, Mohamed El-Nini, sparked widespread controversy on social media, after he talked about the future of the Arsenal midfielder, and indirectly hinted at the reason for not renewing the player's contract with the English club. 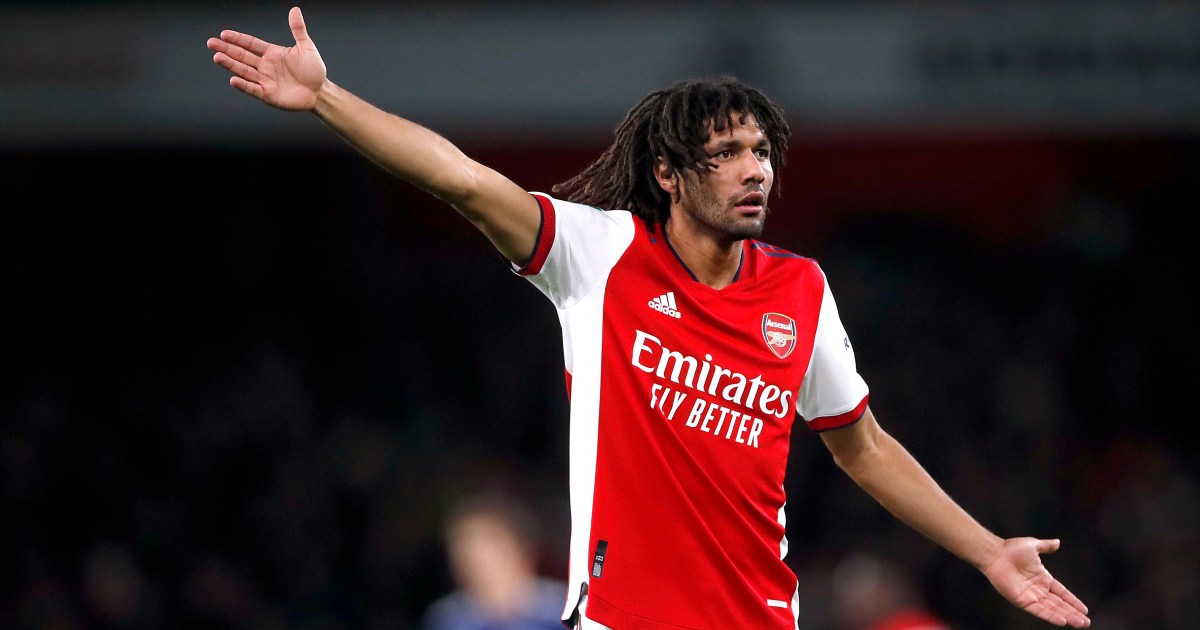 Alaa Nazmi, the agent of the Egyptian star, Mohamed El-Nini, sparked widespread controversy through social media, after he talked about the future of the Arsenal midfielder, and indirectly hinted at the reason for not renewing the player's contract with the English club until this moment.

Nazmi said, in televised statements, yesterday, Thursday, "We have been talking about the renewal period since the end of last year, and we actually started it during the months of March, April and May. Until mid-May we reached a certain formula for renewal, but the matter was Depending on the duration of the new contract.

Nazmi added, "But in mid-May, an international event took place and El-Nini had an opinion on it, and then a new formula came from the club to stop the renewal with the player," without explaining what this event was.

The Egyptian "Yalla Kora" account on Twitter linked Nazmi's talk to the message that Elneny published last May in solidarity with the Palestinian people.

Alaa Nazmi, Mohamed Elneny’s business agent: Arsenal changed its position on the renewal of Elneny’s contract after a “situation in an international event” for the player, after which we were informed of the non-renewal, and the club has the right to do so

The last global event in which Elneny participated was solidarity with the people of Palestine 🇵🇸 pic.twitter.com/tcUMgHqcD1

my heart and my soul and my support for you Palestine 🇵🇸 ✌️ pic.twitter.com/ywrpPk5Xmf

Egyptian sports writer Abdel Qader Saeed said, "I see that this is trading, because Mahrez came down with the flag of Palestine at the stadium, and Salah put his picture in Jerusalem, but that the intention before this topic has no place in Arsenal and does not play, which is option No. 4 or 5 in its center."

El-Nini’s agent: El-Nini’s position in a global event “The Question of Palestine” is the reason for Arsenal’s retraction of the contract renewal...

I think that this is trading because Mahrez came down with the flag of Palestine at the stadium, and Salah put his picture in Jerusalem, but this is not the case before this issue has no place in Arsenal and Mbabash, and it is option No. 4 or 5 in his position

A tweet agreed with him, saying, "On that, Mahrez bridle them, as he went down with the flag of Palestine on the field. Al-Nini was outside Arsenal's accounts for a while without positions and jokes."

This is how Mahrez their bridle, this came

down with the flag of Palestine on the pitch

outside the Arsenal accounts for a while

without positions and anecdotes https://t.co/cJTWurnwGG

In a different opinion, a tweeter wrote, "I do not understand what (the global event), meaning they will not renew it because of his support for the Palestinian cause? If that is, then all the support for Al-Nini. This event is a badge on his chest."

I do not understand what the (international event)

is, I mean, will it not be renewed because of its support for the Palestinian cause?!

every all support for Mohamed Elneny

whole future lost his congratulations to

love Muslims in various parts of the

Another wrote, "What is happening with Al-Nini, I knew (knowing) and sure (and sure) that it would happen because of his support for Palestine, all the support, O Nini."

In a related context, Nazmi denied what was raised about the Arsenal player in the English press, and the possibility of terminating his contract during the month of January next and allowing him to leave for free, stressing that the player will stay with his team until the end of his contract and follows up on the offers made to him by various clubs.

And the newspaper "The Sun" had published a report on Al-Nini, in which it confirmed the player's departure for free early next year, noting that his next destination would be to the Turkish club Galatasaray.

Team news ahead of #LIVARS 🤕

🗞️ Mikel Arteta faces the press ahead of his side's Premier League clash with Liverpool at Anfield 👇https://t.co/UyNDblcQTw pic.twitter.com/FymOGClD56

In turn, Arsenal coach Mikel Arteta referred to the future of Mohamed Elneny, in the press conference today, Friday, saying, "I cannot talk about it, I am happy with his presence, I will not discuss the fate of any player because it is not the right time for that."