Hamilton won in Brazil - buttons in on Verstappen

Lewis Hamilton is back at the top of the podium, after an incredible duel with Max Verstappen in the Brazilian GP. Three rounds remain and the distance between the two giants is now only 14 points. 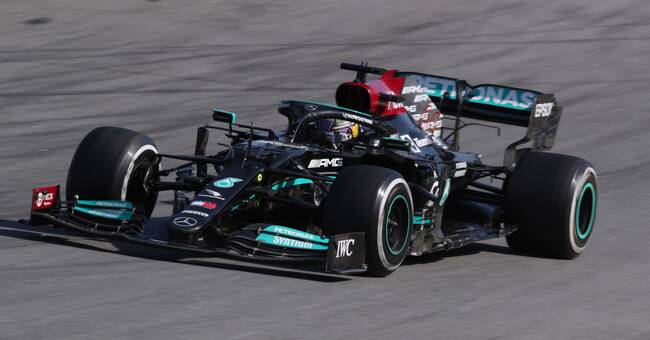 The tension intensifies in Formula 1. Max Verstappen and Lewis Hamilton were perhaps the most spectacular duel of the season when the F1 circus stopped for the 19th time this season.

Hamilton had not had the best of charges before the race in São Paulo.

It is not enough that the Englishman would receive a penalty of five places on the "starting grid" after a change of engine.

He was also washed before Saturday's sprint and had to start last.

Then he could drive up to a fifth place, but he was not finished with the runs there.

From starting place ten, it looked like it would be a long battle up to Verstappen, who started as second behind Valtteri Bottas.

But it did not take long before Hamilton seriously got involved in the top fight.

Already after five laps, the sea was let past by teammate Bottas, who then lost to third place.

What followed was a battle worthy of the top two.

At lap 48, Hamilton tried to overtake.

Verstappen was a bit late on the gas and both cars were forced off the track.

Verstappen managed to keep the lead that time, but on lap 59 he had to give up when Hamilton came driving.

With the victory, Hamilton takes in seven points and is now only 14 points behind Verstappen at the top of the summary, with three races left.

KLIPP: Verstappen was fined half a million - for touching Hamilton's car

Max Verstappen will be fined half a million kronor after this situation.