The ultimate gold medal in judo in the Tokyo Olympics goes to France. The Blues managed the feat of dominating the Japanese at home in the final, Saturday in a mixed team, prog category… 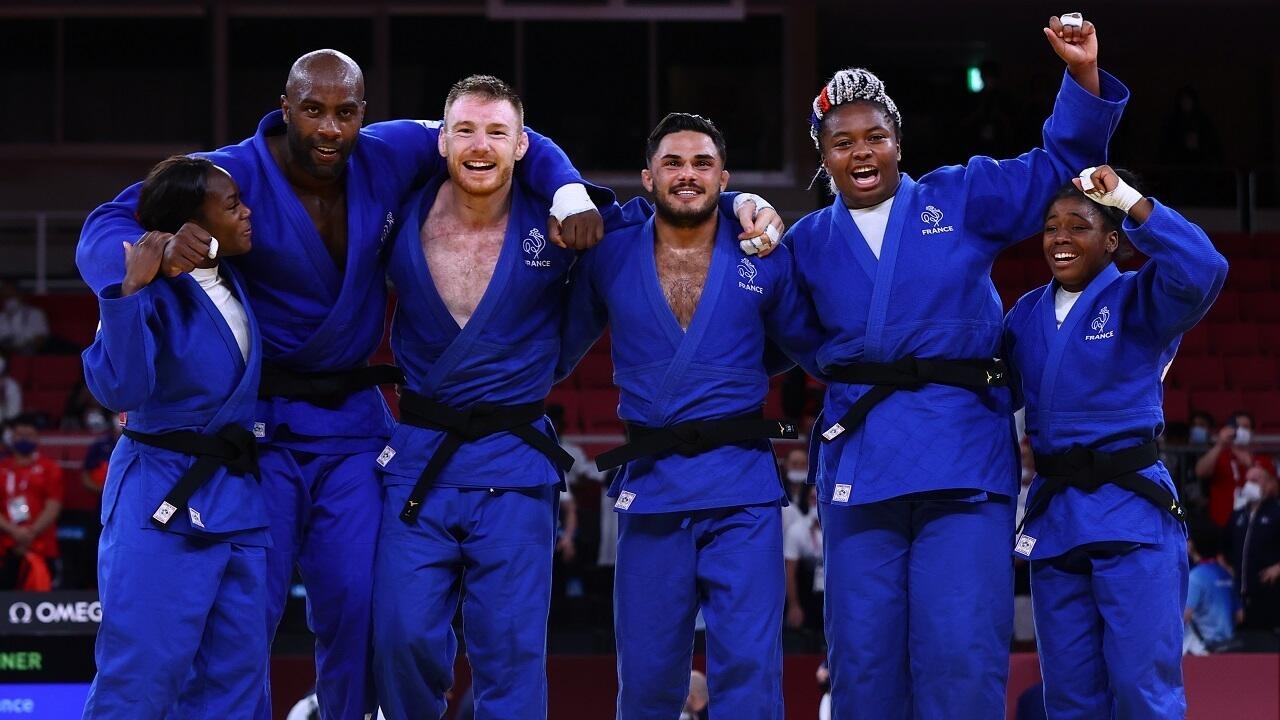 The French who won Olympic gold by mixed team against Japan on July 31, 2021 in Tokyo.

The ultimate gold medal in judo in the Tokyo Olympics goes to France.

The Blues managed the feat of dominating the Japanese at home in the final on Saturday in a mixed team, a category scheduled for the first time at the Olympics.

The French left Tokyo with eight medals won in judo: two in gold, three in silver and three in bronze.

An eighth medal to finish: the French judo delegation ends its Tokyo Olympics in apotheosis with a coronation in a mixed team.

On Saturday July 31, at home, the Japanese were beaten for the first time in competition in this specific category.

The French and French women competed in pain against Israel in the quarter-finals.

Led 3-1, the Blues found themselves back to the wall.

Fortunately, Romane Dicko and Teddy Riner equalized at 3-3, and Margaux Pinot took her revenge on Gili Sharir and offered victory to her family in the ultimate bonus fight (4-3).

The Japanese fell on a bone

The semi-final was much easier. The Netherlands were no match, especially with the incorporation of Clarisse Agbégnénou in the rotation (4-0). The dream poster in the final, Japan-France, thus materialized. With a clear advantage to the Japanese delegation in terms of individual medals in these Games: four in gold (Chizuru Arai, Akira Sone, Aaron Wolf and Shohei Ono) and one in bronze (Tuskasa Yoshida) among the six judokas making up the team, against one in gold (Clarisse Agbégnénou), one in silver (Sarah-Léonie Cysique) and two in bronze (Romane Dicko and Teddy Riner) on the tricolor side.

Axel Clerget (less than 90 kilos) then presented himself against Shoichiro Mukai.

Very mobile, and despite a break to treat a bleeding in the head, the French imposed a tough fight on his opponent and won the golden score by ippon, with an impeccable counter.

Romane Dicko (over 78 kilos) succeeded him to face Akira Sone;

the Japanese won by ippon and got her team back in the game.

Teddy Riner (over 90 kilos), individual bronze medalist on Friday, took over against Aaron Wolf. Much heavier - around forty kilos more - and more experienced, the ten-time world champion was patient and won the golden score. And Sarah-Léonie Cysique (less than 57 kilos), opposed to Tuskasa Yoshida, finished the job. Defeated at home in the final of their Olympics, the Japanese had the mask when Cysique tamed Yoshida in the end.

France therefore won eight medals in Tokyo, and Clarisse Agbégnénou appears as the patron of the delegation.

She conquered the individual gold in less than 63 kilos and therefore the mixed team gold.

The latter is the first judoka with five Olympic medals (two in gold in individual, one in gold by mixed team, two in bronze in individual).

The strength of French judo which strikes again!