The Danish national team doctor reveals the scenes of what happened with the collapse of Eriksen .. and a former English player reveals a similar experience

The Danish team doctor, Morten Boysen, spoke about the scenes of what happened with the Danish star Christian Eriksen after he collapsed and fell unconscious during his country's match against Finland yesterday, Saturday, at Euro 2020. 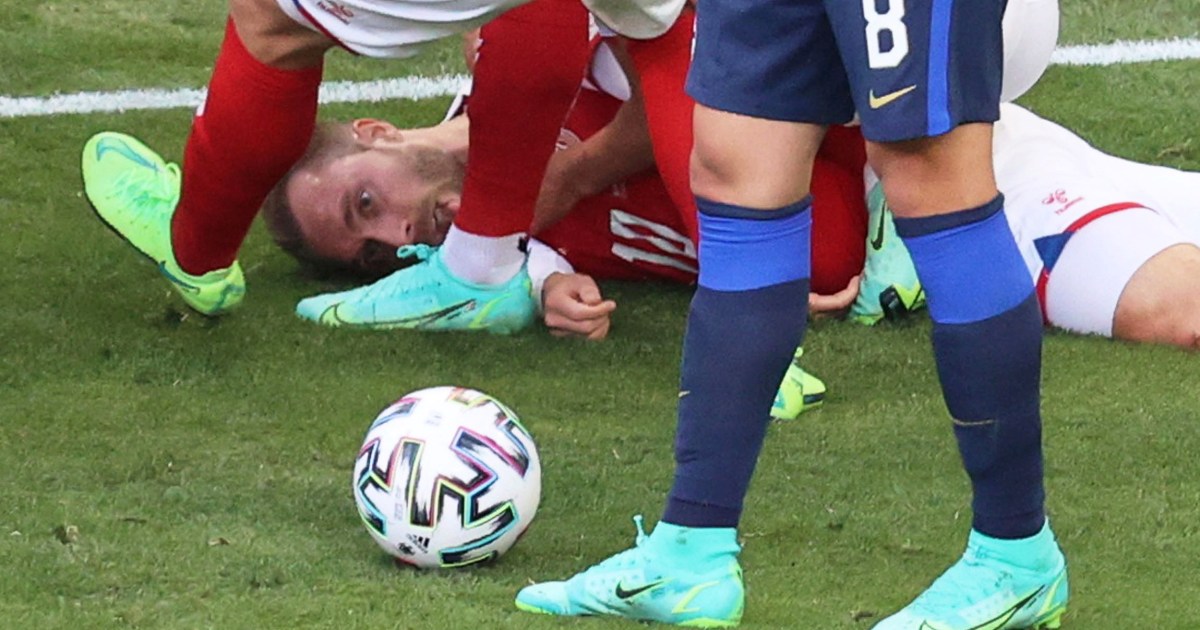 Morten Boysen, the Danish national team doctor, talked about the scenes of what happened with the Danish star Christian Eriksen after he collapsed and fell unconscious during his country's match against Finland yesterday, Saturday, at the start of the two teams' journey in Euro 2020.

"We were called to the stadium when Christian fell," Boysen told Danish newspaper BT.

Tonight's Star of the Match is Christian Eriksen.

Wishing you a speedy recovery, Christian.

He added, "I did not see the incident, but things quickly became clear. We went to him and he was breathing."

"We measured the pulse, but things changed quickly, and then we started resuscitating his heart," he said.

Eriksen collapsed on the field two minutes before the end of the first half, without any intervention from any other player.

On the other hand, former Bolton Wanderers midfielder Fabrice Mwamba said Eriksen's downfall brought back some painful memories when he suffered a heart attack on the field in an FA Cup match in 2012, and the former England Under-21 player was forced to retire at the age of 24.

"It (Eriksen's incident) brought back some of the atmosphere that happened to me, and it brought back feelings after watching what happened from afar and without knowing what was going to happen," Mwamba told the BBC.

He added, "It was terrifying, but I salute the medical staff. He did a great job with Christian. I also liked the way his colleagues united to protect him, and I hope he will be fine and overcome this crisis."