The Swiss Jason Dupasquier, a 19-year-old boy in his second season in the Moto3 World Championship, spoke of how much he had learned this winter in Barcelona. Fleeing from the ... 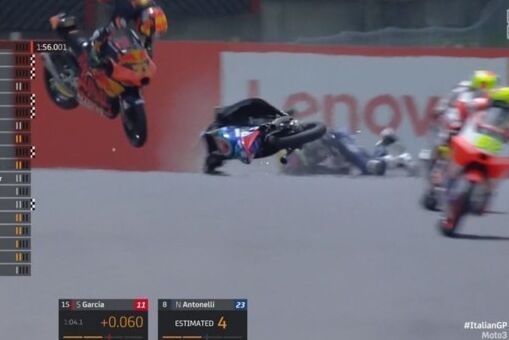 , a 19-year-old boy in his second season in the Moto3 World Championship,

of how much he had learned this winter in Barcelona. Fleeing the snow and cold of his country, for the first time in his life he became emancipated, rented an apartment in Spain and spent several weeks training at the Montmeló circuit, at the Vallgorguina Motocross Motor Park, in various kartings or cycling through Collserola. "In January and February I worked very, very hard and that changed me physically and mentally," he commented to 'Actumoto', a magazine from his country, because the preseason had certainly transformed him.

After spending all of 2020 without scoring, accumulating races at the back of the grid, this 2021 had always been among the top 15 and even in Jerez he aspired to the podium. Dupasquier was enjoying the joy of his own evolution, he was rewarded for so much work well done, but this Saturday at Mugello an accident blackened his path.

In the last moments of the Moto3 qualifying session, when the countdown had already run out and the riders were rushing their last timed lap, the Swiss lost control of his KTM as he exited turn 9, already on the straight, and the machine itself hit him.

According to the few images offered -the usual protocol in these cases-, when falling in the middle of a group, the Japanese

also fell to the ground.

and Dupasquier was badly injured in the middle of the track.

Due to the speed and the shock, from the first moment the stewards canceled the session and all activity on the circuit stopped.

For more than half an hour, the Swiss was treated on the asphalt and later from the same track he was transferred by helicopter to the Hospital of Florence, where he is currently being treated.

Dupasquier is the son of

, who competed in the Motocross World Championship between 1993 and 2003. Despite his father's experience on land, Jason was always attracted to speed and at the age of 15 he was already champion of the NEC Championship. from northern Europe that is disputed between Germany, Austria and the Netherlands.

Moto3A child for history: Pedro Acosta wins his third race in a row

MotoGPPedro Acosta, the new prodigy who cried in his first race: "He was scared"