Audience: Al-Ahly youth is the biggest winner of the season, ahead of Al-Jazira by 60%

Athletes confirmed that the Al-Jazira and Al-Ahly youth teams are the biggest winners in the past season 2020-2021, after the "Pride of Abu Dhabi" won the Arab Gulf League shield for the third time in its history, while the "Dubai Knights" achieved the triple Super Cup, the Arabian Gulf Cup and the President's Cup, pointing to the that thousand 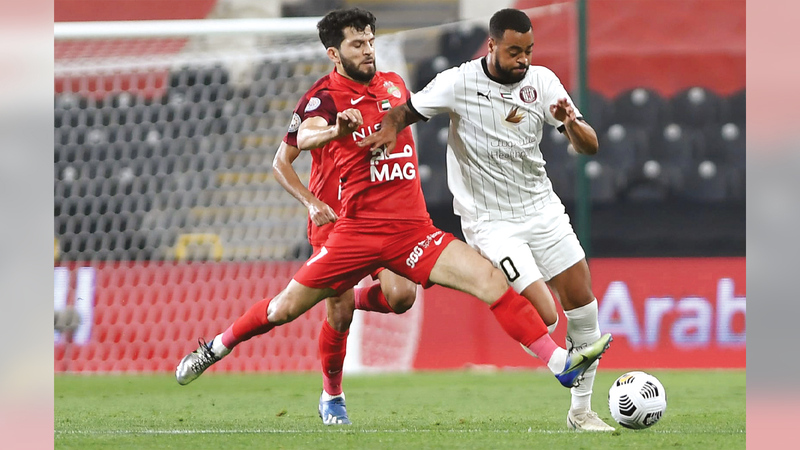 Audience: Al-Ahly youth is the biggest winner of the season, ahead of Al-Jazira by 60%

Athletes confirmed that the Al-Jazira and Al-Ahly youth teams are the biggest winners in the past season 2020-2021, after the "Pride of Abu Dhabi" won the Arab Gulf League shield for the third time in its history, while the "Dubai Knights" achieved the triple Super Cup, the Arabian Gulf Cup and the President's Cup, pointing to the The two teams shared the gains and “moments” of joy in the past season, while they indicated that the criterion for the league title was slightly heavier than the three cups won by Al-Ahly youth.

On the other hand, in a referendum for "Emirates Today", a question was asked to the football fans on the newspaper's account on the social networking site (Twitter), which included, "We shared our opinion... which club came out of the 2020-2021 football season as the biggest winner?

In an interview with "Emirates Today", the athletes saw that Al Jazeera achieved the most important and difficult championship title in the season, noting that the league championship needed a long breath to achieve the title, while at the same time they praised Al-Ahly's youth achievement and winning three cups in a precedent that did not occur in one season.

Sports analyst Khaled Obaid confirmed that Al Jazeera is the biggest winner in the season that concluded this month, noting that the league title has a special character, and its balance is heavier than the cup, stressing: “The league is the most difficult tournament, which is the primary goal for all the clubs nominated to win titles, so The slate of Al-Jazeera tends to a small percentage in front of Al-Ahly youth.”

He added: "The system of cup competitions is different from the league, as any team has chances in the cup, but specific teams have the ability to crown the league title, at the same time the achievement of Al-Ahly youth cannot be underestimated, who rediscovered himself by winning three titles, and there is no doubt that Coach Mahdi Ali deserves to be saluted and praised for what he has done.”

He continued, "I see that if Al-Muhandis was signed at an early date, Shabab Al-Ahly could have achieved the quartet and won the league title, especially since the team lost many points by drawing in 12 matches."

For his part, sports analyst Rakan Al-Ajmi said that Al-Jazira and Al-Ahly youth are the biggest winners this season, explaining: “It is difficult to choose only one team that will be the biggest winner, especially since winning the league title is of great importance because it is the most difficult tournament, while at the same time It cannot be overlooked that Al-Ahly’s youth won three titles, the most important and most difficult of which is the most expensive title, the President’s Cup, which is a great achievement.”

And he added, "I see that the strategy for dealing with league matches gives Al Jazira a slight advantage, given the circumstances that (Abu Dhabi's pride) faced by starting the season with foreign players only, while the club did not sign any player in the summer transfer period."

He explained: "Although Al Jazeera did not start the season well, but the technical staff dealt very well with the matches, and the team advanced in the ranking list and was not affected by Sharjah's lead in the competition for a period of 14 rounds, and (Abu Dhabi's pride) decided the title despite the strong competition from Baniyas. Shabab Al-Ahly is also one of the most prominent teams in the season, and I think that if there were three more rounds in the league, the team could have won the title.”

On the other hand, sports analyst Hamza Abbas confirmed that the difficulties that Al-Ahly youth have faced since the beginning of the season make the team the biggest winner, and outweighs its weight on Al-Jazira, when the clubs’ returns and what they have achieved after the end of the season are evaluated.

He said: "The League Championship is of great importance and its journey is more difficult, and there is no doubt that Al-Jazira is one of the most prominent clubs in the season, but I see that Al-Ahly's youth are the most prominent winners, after they faced several difficulties with their results declining at the beginning of the season and the team's solution in seventh place."

He concluded by saying: “Changing the coach and making up for the big difference in the number of points, with the team finishing the competition in third place, in addition to winning three titles, gives Al-Ahly youth the advantage as the most prominent club that has achieved great success, while Al-Jazira is also one of the biggest winners, especially as it won the most difficult championship.” It is the league title.

• They shared the titles, with three cups for "Dubai Knights", and the League Shield for "Pride of Abu Dhabi".