In the stoppage time of the Bayern Gala against Borussia Mönchengladbach, the red card against Munich's Nianzou triggered a dispute. Gladbach's manager Eberl raged against Bayern Munich's coach Flick. He responded promptly. 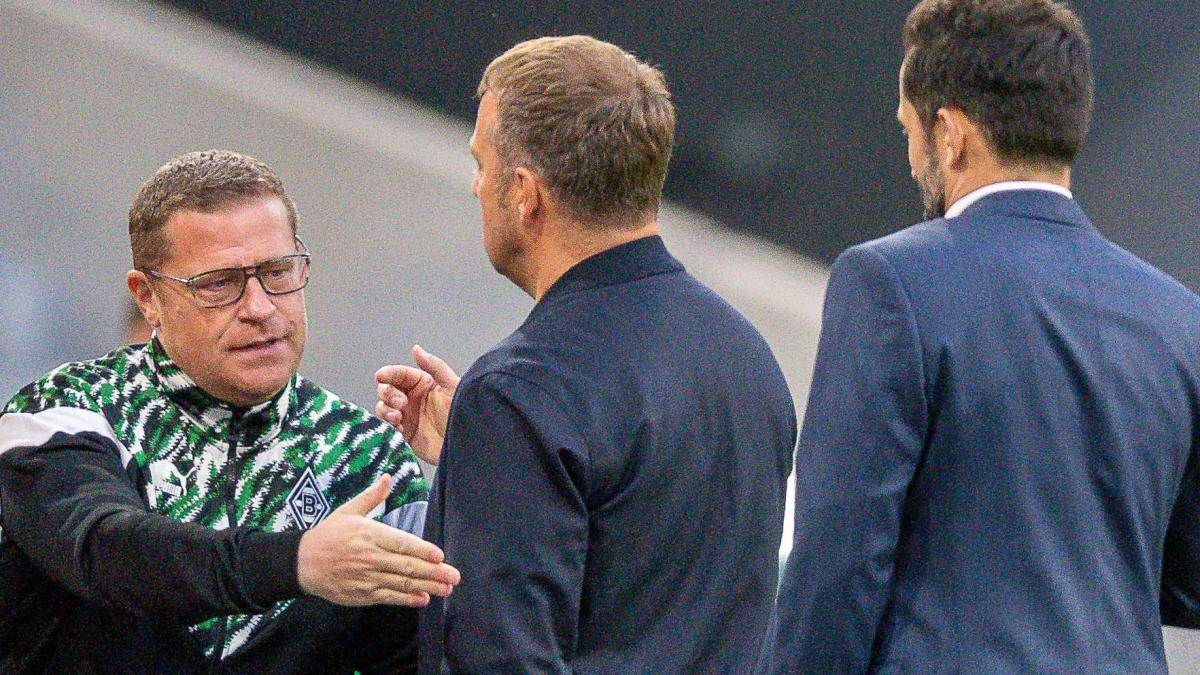 The championship celebration of FC Bayern after the 6-0 win against Mönchengladbach was preceded by a battle of words.

The late red card for Bayern talent Tanguy Nianzou after a foul on Gladbach's Breel Embolo sparked a violent dispute on the sidelines.

Bayern-Bank, headed by coach Flick and sports director Hasan Salihamidzic, was upset that referee Tobias Stieler decided on an emergency brake and thus sent off after studying the scene personally.

"My God," Flick shouted from outside.

The reactions of the opponent also tore the frustrated Eberl from his seat on the Gladbach bench.

"You are German champions and lead 5-0", he called to Flick and Co. and demanded "some goodwill".

Shortly afterwards, Gladbach's manager could be heard over the TV microphones: “Don't show me a bird, Hansi!

I don't like that. "Flick reacted promptly and called to Eberl:" I didn't do that. "

FC Bayern are German football champions for the ninth time in a row and for the 31st time.

We provide the most important data and facts about the title series of the record champion.

The situation then relaxed again on and next to the square.

And Flick tried to take the edge off the topic after the final whistle.

He spoke of emotions on both benches.

And that says it all.

Not quite yet, because Gladbach coach Marco Rose wanted to get rid of a congratulatory note, which was much conciliatory: “Bayern are the best team in Germany.

They have shown their mentality again in a great way.

You have everything it takes to be a worthy champion. "