Shabab Al-Ahly seeks to regain its position in the Golden Square when it meets Al-Wasl in the 25th round of the Arab Gulf League, at 11 pm at Rashid Stadium in Dubai, while the "Emperor" hopes to advance in the table ranking list. In the center th 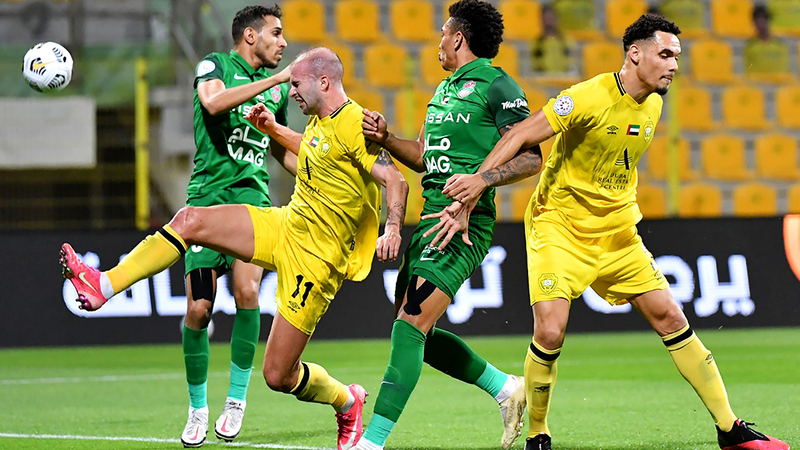 Al-Ahly youth seek to regain their position in the Golden Square when they meet Al-Wasl in the 25th round of the Arab Gulf League, at 11 pm at Rashid Stadium in Dubai, while the "Emperor" hopes to advance in the table ranking.

Shabab Al-Ahly has 44 points in fifth place, after it drew in the last round with Bani Yas without goals, so Al-Ahly youth fell from third to fifth, while Al-Wasl ranks ninth with 34 points, after losing from Khor Fakkan with two goals to one.

Despite the Al-Ahly youth distancing themselves from the competition for the league title, but it seeks to regain the third place, get the opportunity to qualify for the AFC Champions League, and has another opportunity to participate in the continental championship, if it beats Al-Nassr in the final of the President's Cup.

As for Al Wasl, he goes into the match without seeking influential goals, especially since he does not compete for the qualifying positions for the Champions League, while this match and the "Yellow" confrontation with Al Dhafra in the 26th round will be a good opportunity for Brazilian coach Oder Hillman to rearrange the team’s cards and settle the players ’fate. The four foreigners, and determining the needs of the "emperor" in preparation for the next season, after the Welsh football company confirmed its adherence to the Brazilian coach and the extension of his contract until June 2023.