76 passes in 90 minutes revealed defect in the eye

The statistics of the match between Al-Ain and his Iranian rival Foolad revealed that Al-Zaeem presented one of the weakest matches in the history of his 16 AFC Champions League participation, as he was the weakest party throughout the two halves of the match. 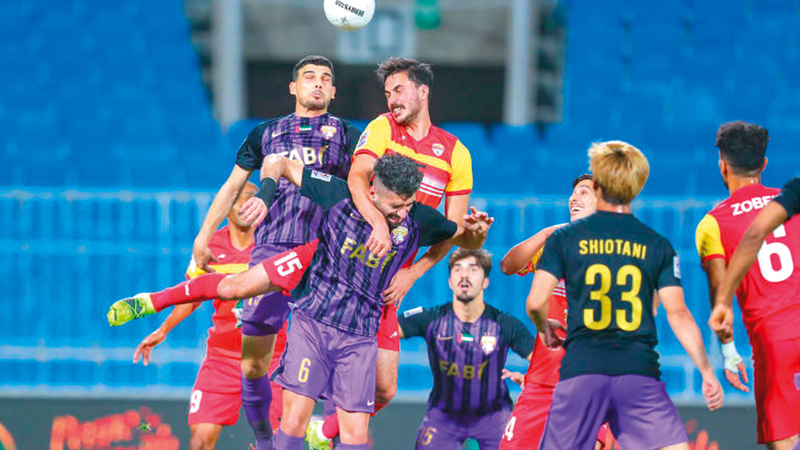 76 passes in 90 minutes revealed defect in the eye

The statistics of the match between Al Ain and his Iranian rival Foolad revealed that Al-Zaeem presented one of the weakest matches in the history of his 16 AFC Champions League participation, as he was the weakest party throughout the two halves of the match, which caused his failure to qualify for the group tournament for the first time in its long history in the continental competition. , Who won the title in 2003 and reached the final twice in 2005 and 2016, while this will be the team's fourth absence from the group stage after the versions 2008, 2009 and 2012.

According to the statistics issued by the AFC website, the Al Ain team only passed 76 passes over the two halves of the match, which explains the poor possession rate of 40.1%, which had a clear impact on the disorientation that the team suffered, unlike the matches of the Arab Gulf League, which In it, the "leader" holds the initiative thanks to possession of the ball.

During the course of the match, the day before yesterday, at Prince Faisal bin Fahd Stadium, in the Saudi capital, Riyadh, Al Ain players missed the decisive factor in facing the opposing team's goal, to invest the opportunities they got in facing the goal, but they mastered in wasting them despite their lack and difficulty in making them. Given the playing style that Portuguese coach Pedro Emmanuel has followed, the lack of a playmaker since the Kazakh player, Islam Khan, left the team.

The defense line was not spared from mistakes, as it made catastrophic mistakes during the use of the offside trap to stop the danger of the opposing team's attackers, and this was evident in the first and fourth goals, as the lines appeared diverging between the two central defenders Muhannad Al-Enezi and the Japanese Tsukasa Shiotani, while the two noon Saeed Jumaa and the Brazilian remained. Eric, lost between defensive and offensive support roles.

The loss of the match resulted in the end of the team's "Violet" season early, after the missed opportunity to compete for the Arab Gulf League championship, and the early exit from the President's Cup and the Arabian Gulf Cup.

For his part, Al Ain coach, Pedro Emmanuel, admitted that the big loss by a clean fourth reflected the true level of his team, and reflected the reality of the team, at a time when it should have been the best party in the tournament according to the history it possesses, and that his opponent possessed the data that led him to achieve Win the game, and get a group qualification card.

He said in the press conference after the match: “I have nothing to say about the match after the outcome of the match, which expresses the reality in which the team lives, and we should have been better in comparison to Al Ain’s history, but Foulad possessed the data that led him to victory and qualification. To the group stage ».

He concluded: “I bear part of the responsibility for the loss of four. The result was ended by my team’s match from my position as coach of the team, and the opponent had an advantage in fixed balls, and he succeeded in taking advantage of opportunities well, and in return we received easy goals, Al Ain remains a great team, and I am as I am when I am. I was a coach in Saudi Arabia, nothing changed, but the circumstances that we faced were not normal, including the atmosphere in which the matches were held, which were imposed by the (Corona) pandemic.

It is noteworthy that Al Ain is in danger of being absent in the next edition by virtue of its currently occupying sixth place in the league with 37 points, only three rounds before the end of the season.