Shabab Al-Ahly sent five messages to their competitors before the start of the second leg of the Arab Gulf Football League, following the great victory they achieved over Khorfakkan yesterday with five clean goals, and reaching the semi-finals of the Arabian Gulf Cup, the second competition in which they qualify for the same stage after Blue 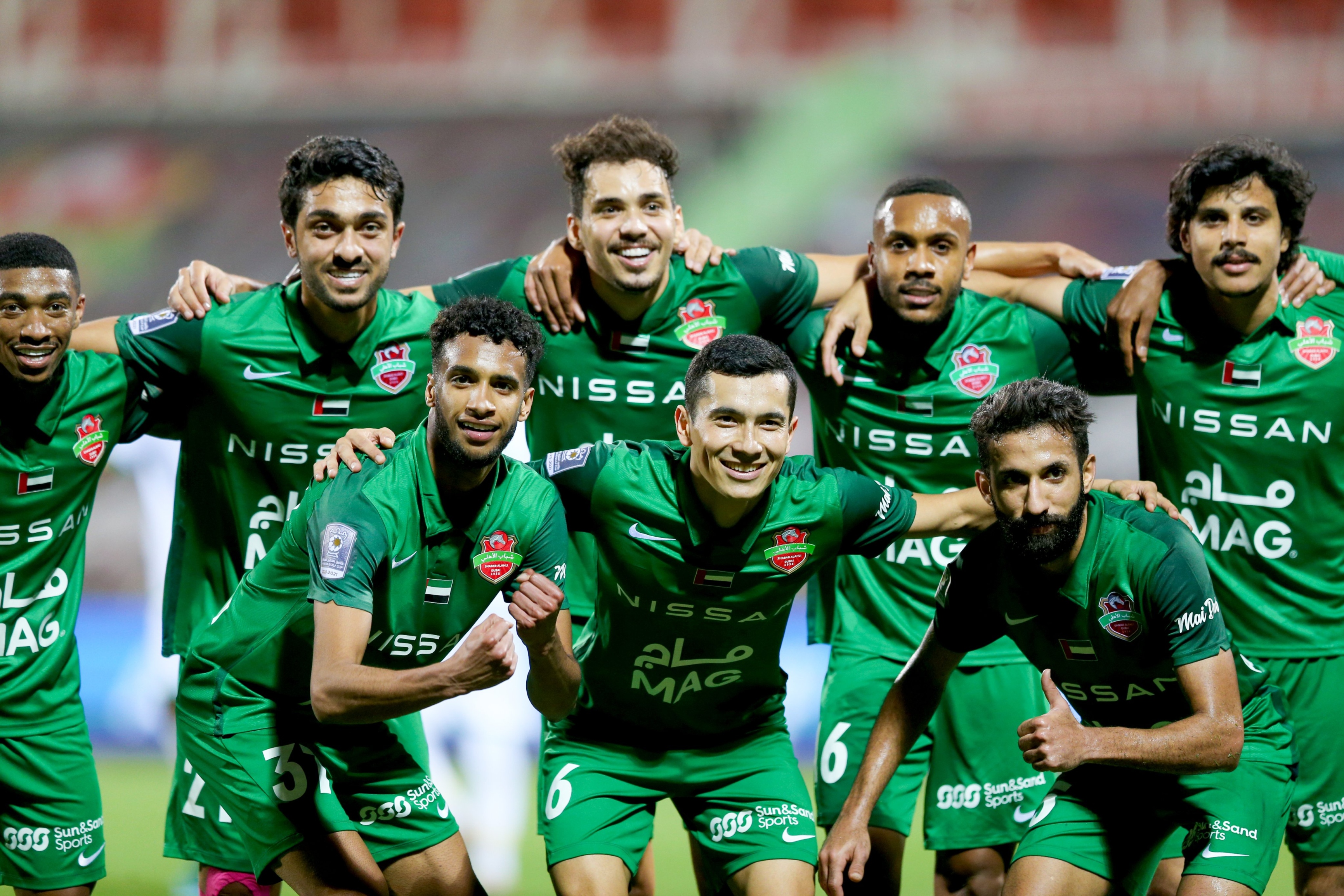 Shabab Al-Ahly sent five messages to their competitors before the start of the second leg of the Gulf Arab League Soccer, after the great victory they achieved yesterday over Khorfakkan with five clean goals, and they reached the semi-finals of the Arab Gulf Cup, which is the second competition in which they qualify for the same stage after reaching the semi-finals of the Cup Chief of state.

The Al-Ahly youth managed to maintain its high performance pattern, which it presented in the last two matches against Al-Nasr in the league and Sharjah in the Super Cup, to confirm the team's progress in performance and results from what it was at the beginning of the season under the leadership of its new coach, Mahdi Ali.

Al-Ahly youth midfielder, Abdullah Al-Naqbi, said in a press statement that his team surprised everyone with a strong performance despite a big and difficult match against Sharjah, before facing Khor Fakkan.

He continued: Many expected that we would enter the confrontation with the euphoria of winning the Super, but we have proven that the page of the Sharjah meeting has closed and that the team will focus on every match and tournament it competes. ”He added:“ After the Khorfakkan match, the trend towards the league has become, in which we will do our best to return to competition, especially since Youth Al-Ahly possesses the capabilities and the ingredients that make it able to be in the first positions.

1- The imprint of Mahdi Ali

showed the imprint of the national coach Mahdi Ali, on the youth of Al-Ahly 40 days after taking over the technical reins, as he succeeded in developing the team's defensive and offensive system, and restored confidence again to the players, which was reflected in the high fighting spirit with which the team plays its matches Especially in the last three confrontations.

2- The glow of foreigners

The performance of foreign players in the Shabab Al-Ahly squad increased better than it was at the beginning of the season, especially the Brazilian Carlos Eduardo, who recovered a large part of what he had with Al-Hilal Saudi before coming to Al-Ahly youth, and succeeded in playing the role of playmaker and the offensive complement This made the team more effective in the front line.

The Al-Ahly youth match against Khorfakkan showed that Al-Ahly youth had a bench at a high level, which could make the difference in any match and against any team, as the two substitutes, Ahmed Al-Hashemi and Saeed Ahmed succeeded in showing great influence during the periods in which he played, and scored The fourth and fifth goals, while substitute goalkeeper Hassan Hamza succeeded in all the tests he was subjected to during the match.

The Al-Ahly youth stars showed great professionalism in dealing with the Khorfakkan match, so they dealt with the opponent with the utmost strength and cruelty at times, as the team was not affected by the euphoria of winning the Super Cup at the expense of Sharjah, and they embarrassed Khor Fakkan and their coach despite the great levels he offers The team in its last matches before the end of the first round of the round.

5- Readiness for the league,

he explained to Shabab Al-Ahly through its recent matches, especially against Sharjah and Khor Fakkan, the extent of the team's readiness for the start of the second leg of the league championship to improve the team’s position in the competition schedule, as it is currently ranked sixth with 19 points, 13 points behind leaders Sharjah, and it will not be excluded. Dubai Knights ’performance data. Entering the battlefield for the title in the remaining matches of the season.