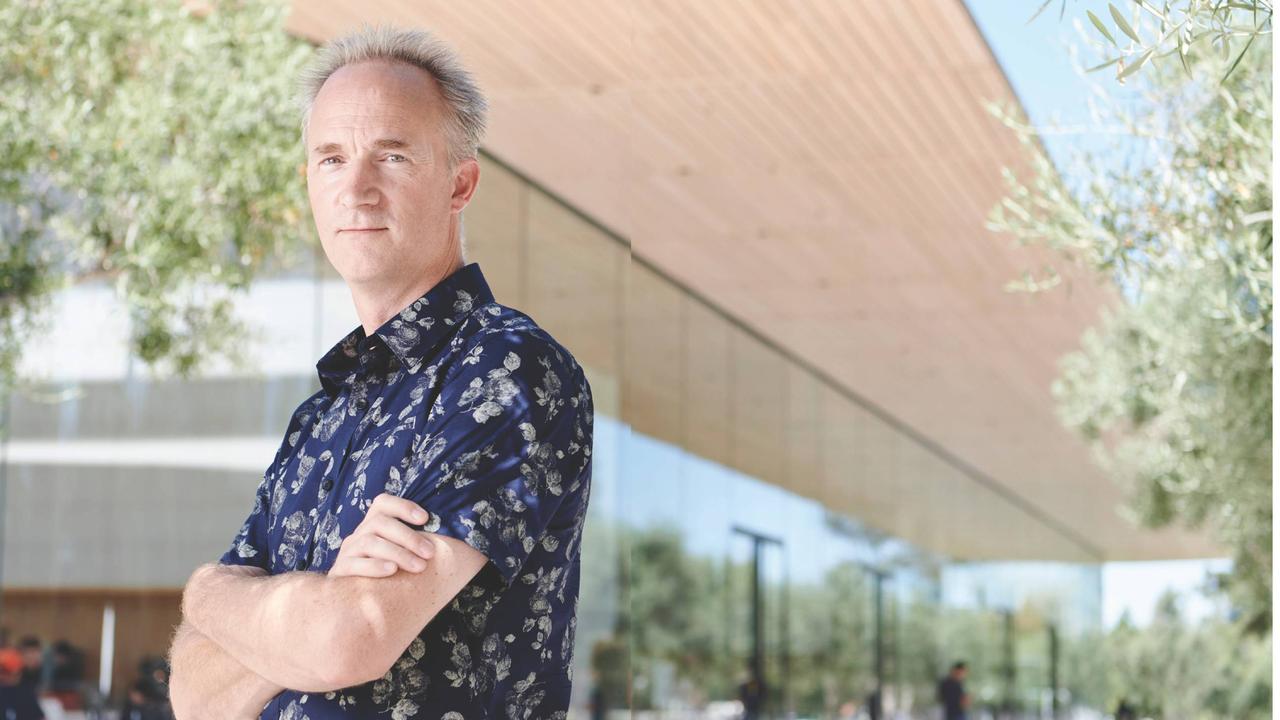 This article is from Quote magazine. In the book Becoming Steve Jobs , Dutchman Bas Ording is called a "wizard" and a "god." He contributed a lot to the realization of the first iPhone.

Ording went to Silicon Valley for the first time as a student at the HKU in Hilversum, on a study trip. Among other things, he visited the Apple company there. It was 1994; people still had to enter commands on their PCs to start a program. After graduating, Ording worked as a freelancer for a while, but that brief visit to Apple remained in his mind. "At a certain point I had to do something with it. Through my former teacher I came in contact with a Dutch woman who worked at Apple and I decided to send her an email. It took a while before I got an answer, but I was still allowed to come.

On application in San Francisco

In 1998 he took the plane to San Francisco with a CD-ROM full of ideas for the interface of PCs. With his disc containing about twenty ideas, Ording came to Cupertino. The conversation went well. They saw something in that big, friendly Dutchman. But he didn't get a job. "Apple was in trouble at the time; there was a staff stoppage. Fortunately, they were kind enough to give me a list of other companies I could visit, such as Adobe. I went to talk to a nice company in Santa Barbara, near the beach, so I quickly saw the weather in sunny weather. Apple was cool, but in terms of interface it wasn't that much. "

Just when he wanted to sign, he received an email from Apple: whether he wanted to come back sometime. "That second conversation was special. I soon realized that Steve Jobs had personally fished me out of the pile and wanted to meet. We started with about four in a room with a prototype of the iMac. Nobody had that thing in it After a while, only Jobs and I were left to look at the CD-ROM. I was allowed to put it in the iMac prototype and he honestly commented on what he saw. Jumping into his chair, he said things like: " This is nothing ", but also occasionally:" I see something in this ".

Jobs instructed his people not to let Ording leave without a contract offer. "He said," Bas, you have to come work at Apple. "" He decided to think about it for a while - after all, it wasn't going so well with Apple - and went back to the Netherlands with two offers in his pocket.

A week later he was drinking a beer on an Amsterdam terrace when he received a message from his mother: whether he wanted to call back Steve Jobs. "He wanted me so badly, I couldn't refuse." In August 1998 he boarded the plane to California again, never to leave.

"Bas, you have to work at Apple." Steve Jobs

The first years at Apple were tough in a social sense for a 25-year-old: nine hours earlier than at home and without knowing anyone in his new city. The only thing Ording could do was work, work and work again. He came in at a good time.

"I was able to go my own way. I could put a lot of my ideas, animations and interactivity into my work and turned out to make things that Steve liked. We now all know Apple from the beautiful applications, the intuitiveness, but in those days all of that just ambition. An ambition that our team had to implement. "

In 2005 he received a call from Jobs: "Bas, we're going to make a phone." It was clear that it would not be just a telephone, but a touchscreen. He said, "I don't want buttons, but everything with touch . Can you build a demo with an interactive contact list that you can scroll through and call from there?" That assignment seems logical afterwards, but it wasn't. Touchscreens were especially fun as a replacement for keyboard and mouse.

Ording went to work and helped design the 'rubber band'. "The device did not seem to respond because you were at the end of the contact list. Then we came up with the rubber band, you know: it bounces back. You have to realize that the device responds, but you cannot continue."

The impact of the iPhone was much greater than Ording and his team could ever have imagined. It caused high voltage. "Steve was very involved. Depending on his mood, he could be very difficult, but if he had a good day, his enthusiasm was a huge catalyst for everyone."

“My relationship with Jobs was special. I was his confidant ”Bas Ording

The relationship between Ording and Jobs

"Our band has always remained special. I was at the important meetings, others from my team never. Some people thought that was strange -" Why is Bas there and not me? " - others were happy that they didn't have to be there because of Steve's explosive character. Understandable, because even though I was a confidant, I didn't always get his temper right, there was a time when I wasn't there wanted to sit down, that I was completely done with his fierceness, but later it got better again. It remains difficult to estimate what his mood sometimes so greatly influenced. "

Want to read more about Ording's performance? Then continue reading on Tijdschrift.nl. Now the first month for free, then 9.99 euros per month.