Outgoing Brazilian President Jair Bolsonaro broke his silence for the first time since his defeat in the presidential elections, and spoke to his supporters who are calling for a military coup to prevent the elected leftist president, Lula da Silva. 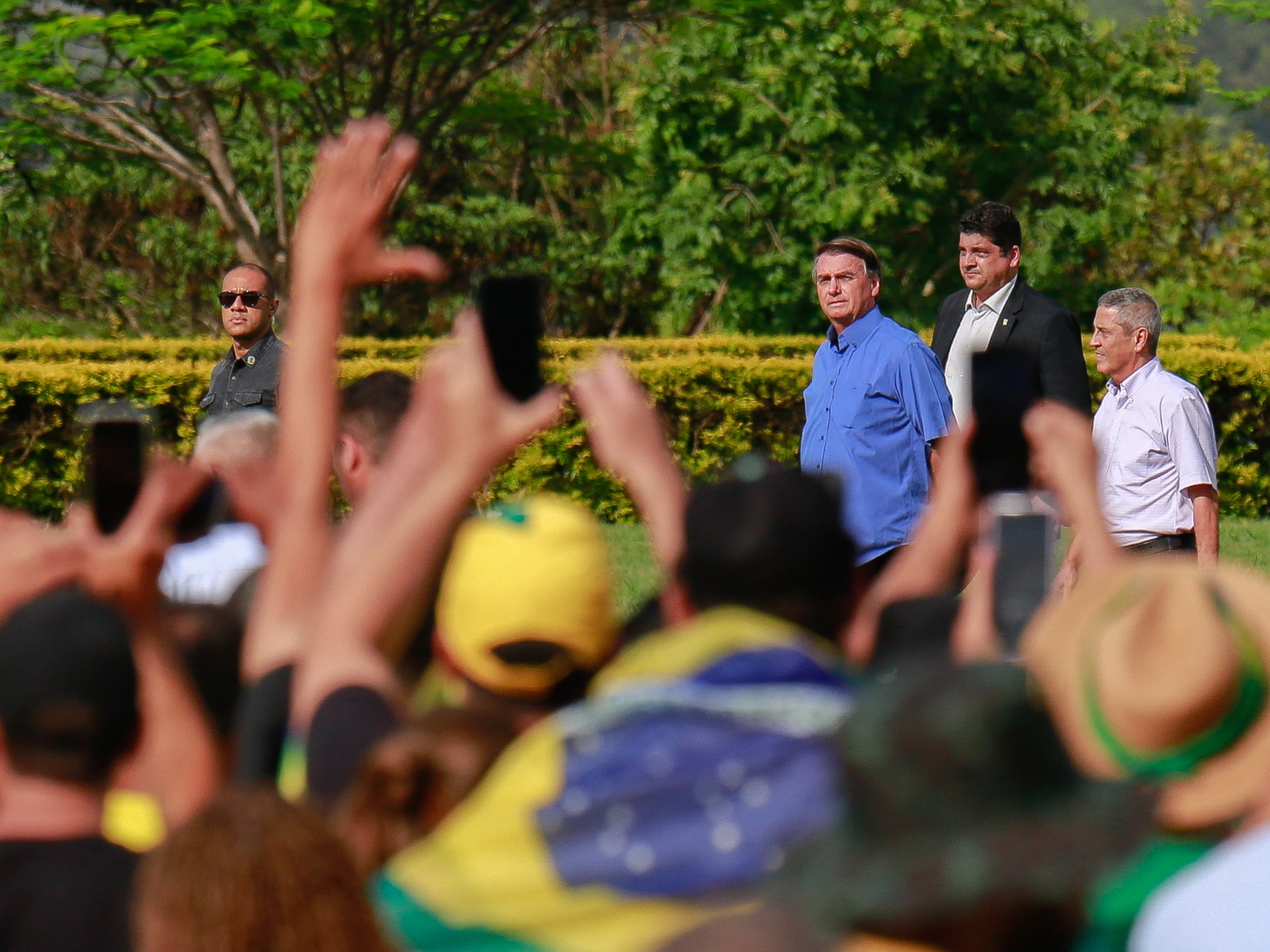 Outgoing Brazilian President Jair Bolsonaro broke his silence for the first time since his defeat in the elections that took place last October, and spoke to his supporters who are calling for a military coup to prevent the elected left-wing president, Luiz Inacio Lula da Silva, 77, from taking office.

Bolsonaro stated that he had been silent for about 40 days, adding that "it hurts me."

He also told his supporters at the gates of the presidential residence, "The one who decides our direction is you. The one who determines the direction in which the armed forces are moving."

In his ambiguous statements, Bolsonaro did not acknowledge his supporters' call for military intervention, but said that the armed forces would respect Brazil's constitution, adding that "the armed forces are Brazil's bulwark to prevent socialism" in the country.

"The armed forces are unified, they are loyal to our people, they respect the constitution, and they are responsible for our freedom," the right-wing president added.

Bolsonaro did not acknowledge Lula da Silva's victory, and his silence encouraged his supporters to continue demonstrations in front of army bases.

The final results of the elections showed that Bolsonaro won 49.14% of the vote, compared to 50.86% for Da Silva.

In early January, da Silva will be the 39th president of Brazil, having held this position for two consecutive terms from January 2003 to December 2010.

The left-wing president has vowed to return to state-led economic growth and social policies that helped lift millions out of poverty when he ruled.