Putin supported Corporal Malyikin, who paused during a speech at the Kremlin Palace

Russian President Vladimir Putin supported Hero of Russia Corporal David Malyikin, who paused during a speech at the Kremlin Palace. The head of state approached the serviceman with the words "All our people are here." 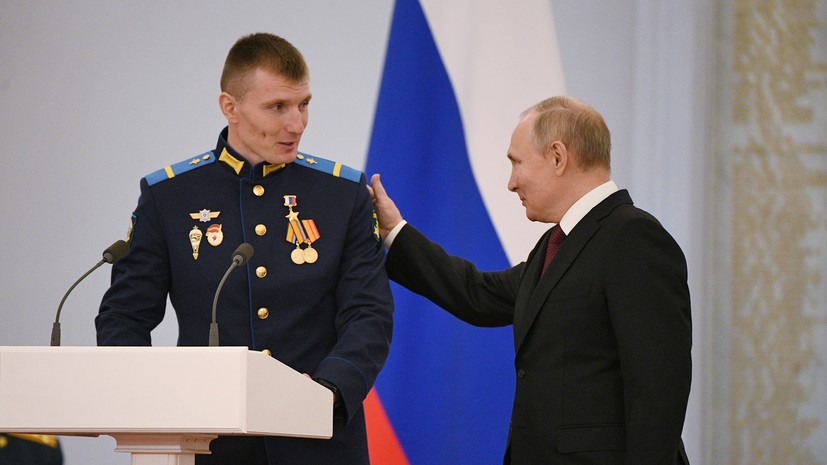 “At this difficult time, we, the soldiers of Russia, are ready to increase the glory of Russian weapons with honor and not to shame the memory of our ancestors,” the corporal said and paused.

The hall supported Malyikin with applause.

After that, the president approached him.

“Everyone here is friendly,” Putin said.

The soldier continued his speech.

“Despite all the difficulties, we will complete the task and destroy the Nazi infection that is trying to divide our peoples and make our common history insignificant.

Victory will be ours,” he concluded.