Notification of suspension of medals for victims of forced labor under Japanese rule… "Why don't you reward me for sweating?"

Ahead of World Human Rights Day, Grandmother Yang Geum-deok, a victim of forced labor under Japanese rule, who was supposed to receive the National Medal of Honor, expressed her position when the award was suddenly withheld due to the Ministry of Foreign Affairs' brake. 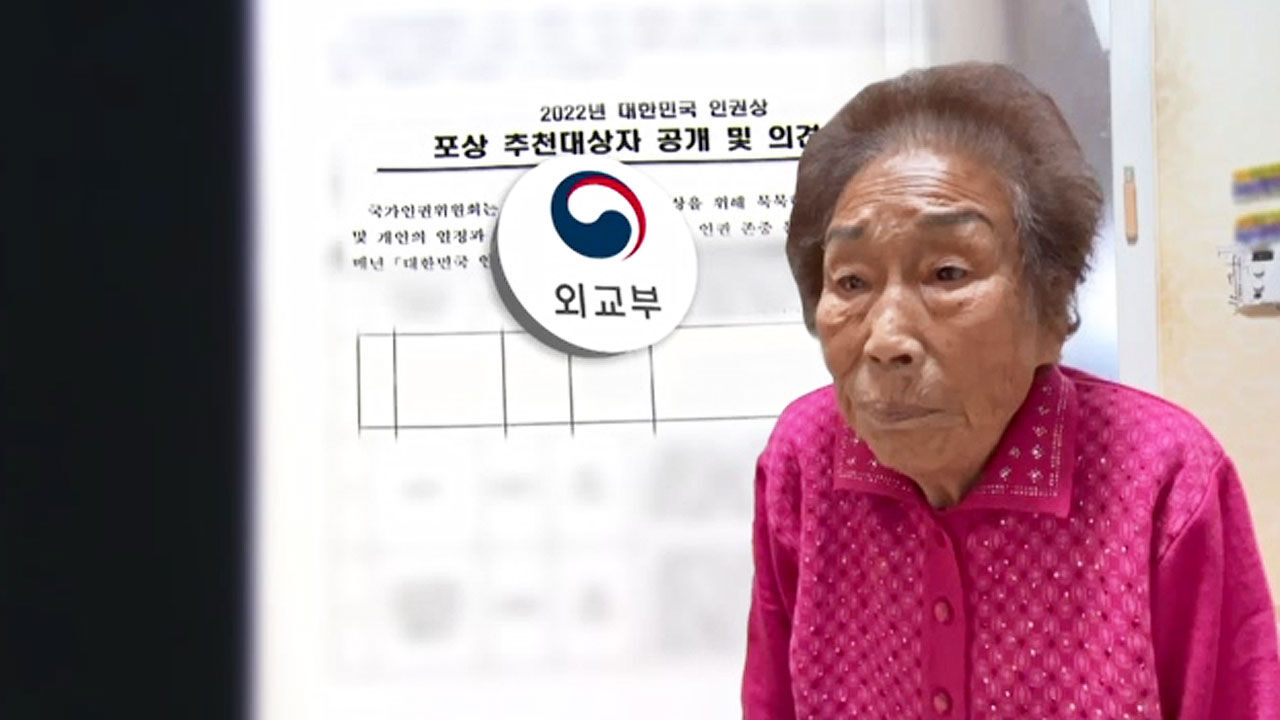 Ahead of World Human Rights Day, Grandmother Yang Geum-deok, a victim of forced labor under Japanese colonial rule, who was supposed to receive the National Medal of Honor, expressed her position when the award was suddenly withheld due to the Ministry of Foreign Affairs' brake.

I asked him why he was doing this and if he was ashamed of something.

This is reporter Kim Ah-young.

Grandmother Yang Geum-deok was notified by the National Human Rights Commission last month that she had been selected as the recipient of the Moran Medal of Civil Merit.

Three days before her awards ceremony, the day before yesterday (the 6th), she was upset that she had suddenly received a notice of her suspension.

[Yang Geum-deok/Victim of forced labor under Japanese colonial rule: Giving an award was gratifying and good. What was it? Even though I was in a very good mood, I stopped.]

Yang Geum-deok is the one who led the ruling on compensation for victims of forced labor, which the government is struggling with.

Her tribute to her grandmother was withheld as the Ministry of Foreign Affairs put the brakes on her because of interagency consultations, and she fiercely questioned the government for what reason.

[Yang Geum-deok/Victim of forced mobilization under Japanese rule: They say they don't give awards when they sweat, what is the cause?

Because there is something to be ashamed of.

Her adoptive grandmother's side suspects that the government is looking at Japan in a situation where Japanese companies are seeking other ways than to monetize their assets.

[Lee Guk-eon / Chairman of the Citizens' Group for Forced Mobilization under Japanese Occupation: I don't think there is any way to explain it other than Japan's notice.

In fact, it is questionable even what kind of character the Ministry of Foreign Affairs has as a related ministry...

An official from the Ministry of Foreign Affairs made an additional explanation that it was only that consultations between ministries were necessary, but that they did not oppose the award itself.

With the exception of Grandmother Yang Keum-deok, the awards ceremony for the other winners will be held as scheduled tomorrow, the day before World Human Rights Day.