Chinese authorities announced a nationwide quarantine easing policy 10 days after the so-called blank protests spread. Reducing blockade targets and ensuring production and sales activities are the key content, but attention is focused on how it will affect the global economy. 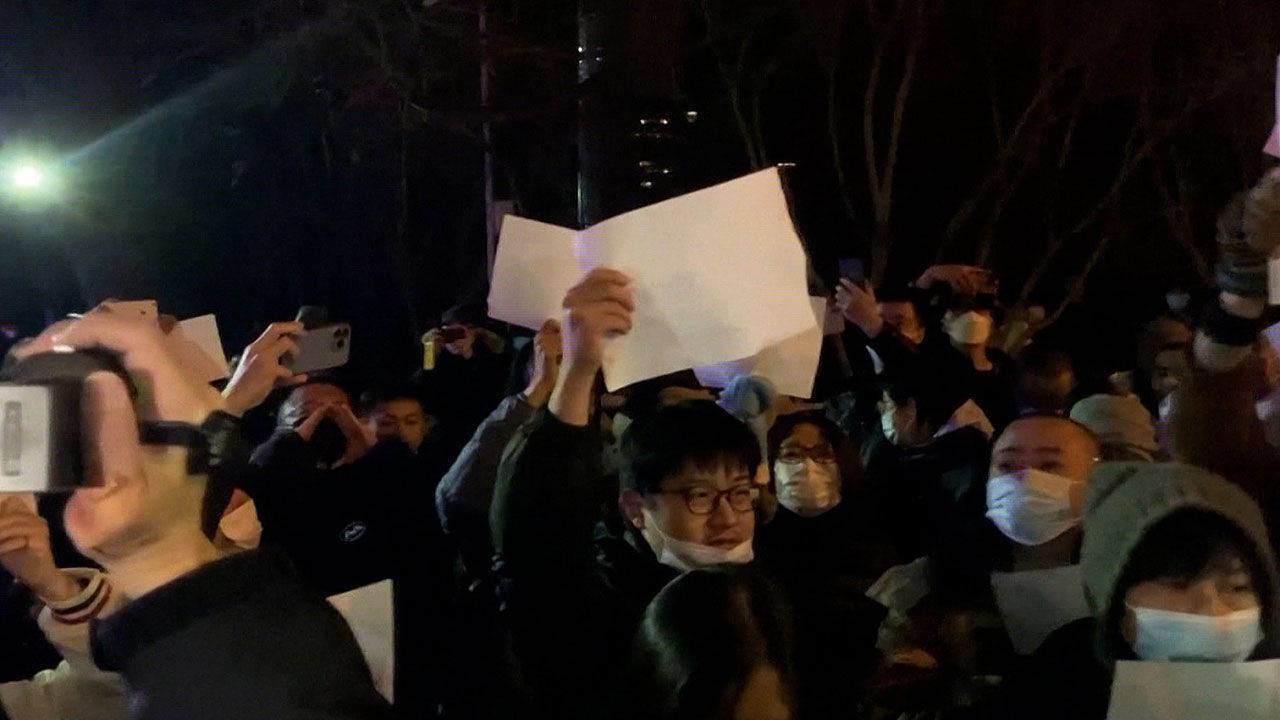 Reducing blockade targets and ensuring production and sales activities are the key content, and attention is focused on how it will affect the global economy.

Because of the poor conditions, Chinese people have said that they are more afraid of being locked up in these quarantine facilities than of being infected with the corona virus.

When moving between regions, the presentation of corona negative results or PCR tests for all residents are eliminated, and contents to guarantee production and sales activities outside high-risk areas are also included.

[China CCTV report: 'High-risk areas' where no new confirmed cases have been reported for 5 consecutive days will lift the blockade.]

State media, which had highlighted the risk of corona just two weeks ago, changed their stance 180 degrees and emphasized that it is similar to a cold.

[Zhou Fa-chun/Department of Critical Care Medicine, Chongqing Medical University: When infected, it feels like a cold without pneumonia symptoms.

There is no need to worry or panic.]

After 10 days of the spread of the so-called blank protests, the government turned to a policy of reducing blockade targets and expanding production activities.

It is analyzed that China's rapid turnaround in quarantine policy has also had a great impact on the deteriorating economic situation.

As the quarantine easing announcement came out, there are already some expectations for easing supply chain disruptions.

In addition, the recovery of China's domestic economy following the easing of quarantine can have a positive impact on Korea's exports.

However, in a situation where medical infrastructure is insufficient, there is also a great concern that if the number of confirmed cases surges due to quarantine mitigation, it may only cause greater confusion.

The Chinese stock market briefly rose immediately after the announcement of the quarantine easing policy, then closed down.