"Relinquishing sovereignty": how the Finnish authorities justify the course towards joining NATO

Moscow's "nuclear rhetoric" and the security situation in Europe were the reasons for Finland's decision to become a NATO member. This was stated by Foreign Minister Pekka Haavisto. According to him, Helsinki had to think about how to respond to military threats. According to experts, the policy of neutrality that Finland adhered to after the Second World War brought tangible benefits to the country and made it possible to practically not worry about security issues. However, the leadership of Finland succumbed to the anti-Russian conjuncture and is now trying to find arguments to justify integration into the alliance, analysts say. 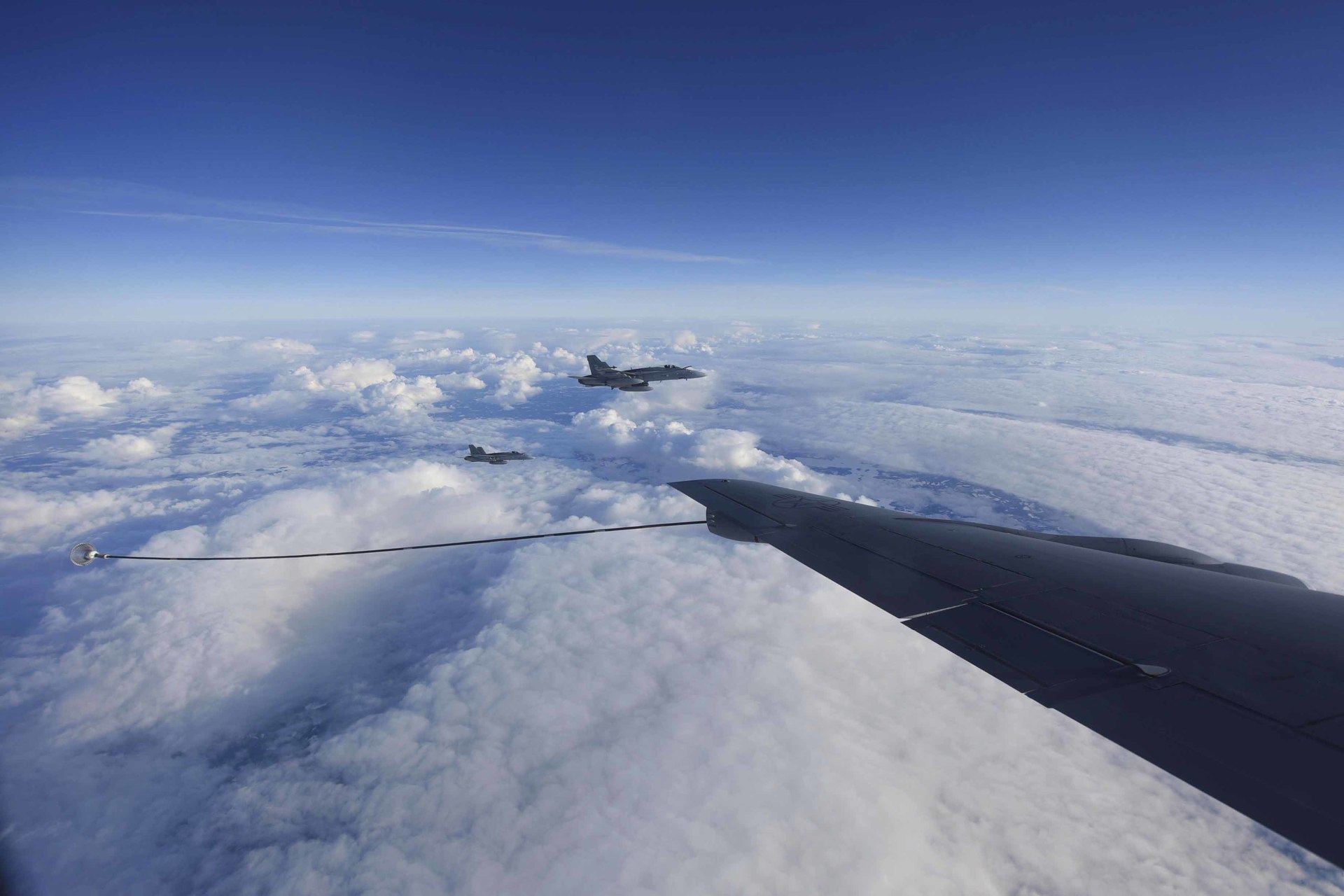 Finnish Foreign Minister Pekka Haavisto said that the country is seeking to join NATO, allegedly because of Moscow's nuclear rhetoric and the "drastically changed" security situation in Europe.

The diplomat spoke about this in an interview with the Japanese agency Kyodo on the sidelines of the meeting of OSCE foreign ministers in Lodz, Poland.

According to the head of the Finnish Foreign Ministry, after the start of the special operation in Ukraine, "the realities in the field of security in Europe have changed."

In this regard, Helsinki had to think about “how to respond” and “where to get support” in the event of a threat from Russia to use nuclear weapons.

The result of such discussions was the decision to integrate the republic into the North Atlantic Alliance.

Vladimir Olenchenko, senior researcher at the Center for European Studies at IMEMO RAS, said that the concerns voiced by Haavisto are only puzzling.

The expert recalled that Moscow had repeatedly given explanations about the possibility of using nuclear weapons.

“Russia has clearly and firmly expressed its attitude towards nuclear weapons: they can only be used for defensive purposes and there can be no winners in a nuclear war.

The statement of the head of the Finnish Foreign Ministry seems far-fetched to me,” Olenchenko said.

According to the expert, Russia's concern about "nuclear threats" is caused by the desire of the country's leadership to justify the course towards joining NATO in the eyes of public opinion.

“Finland's concern about Russia's nuclear arsenal 'coincided' with its desire to join NATO.

This sounds like an explanation to the Finns why Finland wants to join the alliance.

Because there are no good reasons for this,” Olenchenko explained.

Recall that on May 15, before applying for membership in NATO, the Finnish government published a report that allegedly "a fundamental change in the security environment and the functioning of Finland and Europe."

According to the leadership of the republic, thanks to NATO membership, Finland could become part of the collective defense of the alliance, and, thus, it would be subject to security guarantees enshrined in the Fifth Article of the NATO Charter.

“The deterrent influence (of the system. -

) of Finland's defense would be much stronger than at the moment.

If Finland becomes a NATO member country and becomes a target for military force, it would defend itself with the support of the alliance on the basis of pre-planned and worked out measures, ”the government document stated.

The explanations for citizens, which are posted on the website of the Finnish military department, state that the republic's entry into the alliance will allegedly increase stability in the Baltic region and strengthen the security of all of Europe.

On May 18, Finland and Sweden filed official applications for NATO membership.

To date, only Hungary and Turkey have not ratified the protocol on the accession of Helsinki and Stockholm to the military bloc.

Budapest is expected to ratify this document in February 2023.

Ankara, in turn, promised to remove obstacles to the integration of both states into NATO after they fulfill their obligations to combat institutions that Turkey considers terrorist.

We are talking about the PKK and the Fethullah Gülen Organization (FETO).

According to the forecast of experts interviewed by RT, most likely, Finland and Sweden will become NATO members over the next year.

The authorities of these countries have officially announced that after joining the alliance they will not authorize the deployment of nuclear weapons on their territory.

However, according to Olenchenko, the format of the future interaction between Helsinki and Stockholm with new allies will be completely subordinated to the interests of Washington.

“Joining NATO automatically means giving up our own sovereignty in military policy.

The United States will play a key role in resolving all major issues.

It is they who will shape the new agenda for Finland.

This concerns the deployment of bases and various types of weapons,” Olenchenko said.

The expert drew attention to the intensive military and military-technical cooperation between Finland and the United States, which has been observed recently.

So, on December 2, the American destroyer USS Paul Ignatius entered the port of Helsinki.

At the end of November, the ship performed tasks at the multinational exercise Freezing Winds 22 in the Baltic Sea.

The Finnish military were also participants in the maneuvers.

Jukka Anteroinen, Chief of Staff of the Finnish Navy Command, highly appreciated the activities of the American colleagues.

“High-level forces and assets such as the USS Paul Ignatius, (American aircraft. -

) P-8 Poseidon and the always professional personnel of the US Marine Corps will be an excellent addition to our operations at sea with the significant potential that they provide ", - the press service of the 6th US operational fleet quotes Anteroinen's words.

In addition, the United States is turning into a key partner for Finland in the supply of various weapons.

In early November, the US Department of Defense's Office of Security Cooperation approved the sale of 150 M30 missiles and 250 M31-class munitions for MLRS to Finland for a total of $535 million.

According to the agency's website, Finland intends to use these weapons "to replenish its national stocks, thereby strengthening ground and air defense capabilities on the northern flank of Europe."

And in late November and early December, the US State Department approved the sale to Helsinki of $323 million of air-to-air and air-to-ground missiles and $380 million of Stinger MANPADS ammunition.

"The increase in national stocks is critical to Finland's defense and deterrent forces due to the deteriorating security situation in Europe," the Pentagon said.

Before the decision to join NATO, Finland followed a policy of neutrality.

During the Cold War, this status was enshrined in the Treaty of Friendship, Cooperation and Mutual Assistance between the USSR and Finland in 1948.

After the collapse of the Soviet Union, Helsinki took a course towards cooperation with the alliance, but did not announce its intentions to join it.

In 1994, Finland became a member of the Partnership for Peace Alliance program, and three years later joined the Euro-Atlantic Partnership Council (EAPC).

In an interview with RT, political scientist Andrei Suzdaltsev said that Finland made a huge historical mistake by heading towards integration into NATO.

According to him, over the past decades, the neutral status has brought tangible security and economic benefits to the country.

“After the Second World War, Moscow made serious concessions to Finland, which was an ally of Nazi Germany: we did not occupy their territories, and the Finns adhered to neutrality.

The ruling circles of this country have forgotten history,” Suzdaltsev said.

According to the expert, neutrality allowed Finland not to think about ensuring security, but to freely develop relations not only with Western states, but also with the USSR, and then with Russia.

According to Olenchenko, now, for the sake of the anti-Russian conjuncture in Helsinki, they “forget” that the security crisis in Europe was the result of the expansion of the alliance to the east and the increase in its military presence near the borders of the Russian Federation.

“At present, Helsinki is clearly confusing the causal relationship, arguing that the alleged special operation and Russian policy have led to the degradation of European security.

Russia's actions were a response to NATO's approach to Russia, and now Finland itself is becoming a member of a bloc hostile to our country, ”says Olenchenko.

According to the expert, after joining the North Atlantic Alliance, Finland will only get new problems in the field of security and economy.

“When talking about security, the Finnish leadership ignores the inevitability of increased military spending, the appearance of American troops and the fact that Moscow will not leave all this without a reaction.

The key to Europe's security is NATO's rollback to its former borders, when Russia and the alliance would not be in direct contact.

But Finland itself violates this principle,” Olenchenko concluded.