It was meant to be a poignant film about a slave's escape through the Louisiana swamps, but before it was released, "Emancipation" got an unexpected label: it's the first film... 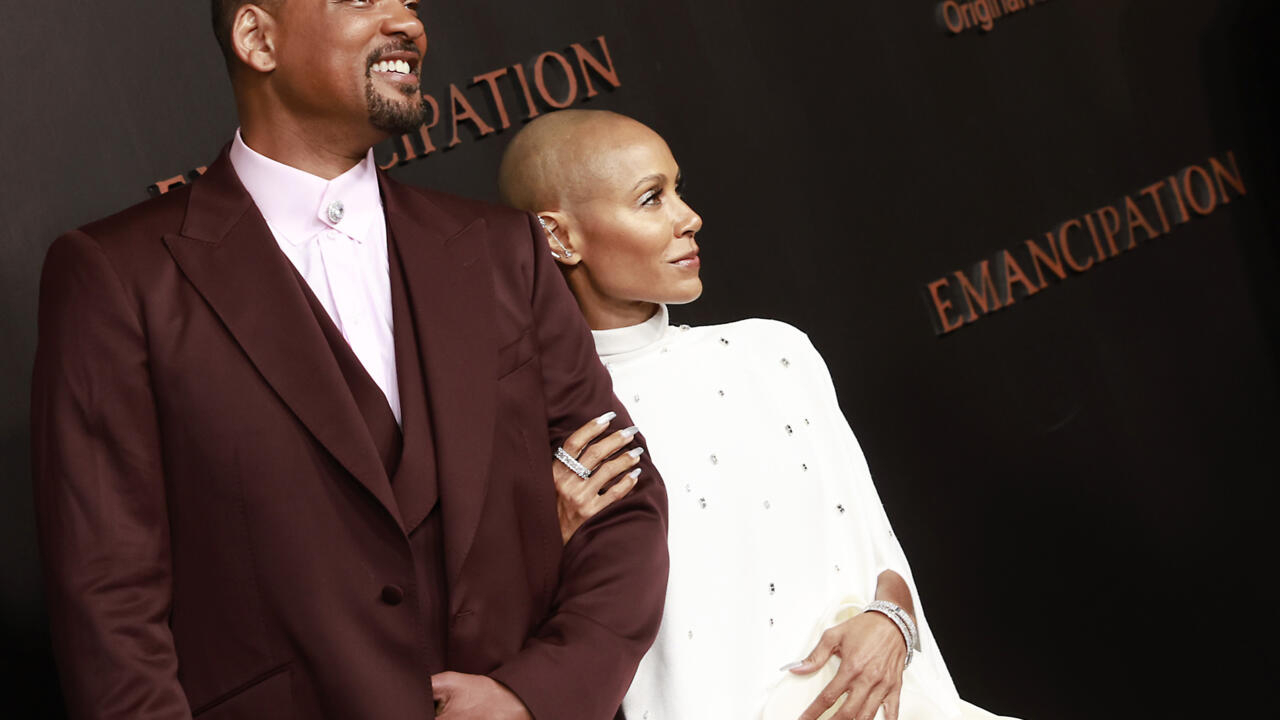 Hollywood professionals were instead betting on a postponement because of the scandal, but Apple, which produces the feature film, decided to release it this weekend on American screens, despite fears of a possible boycott by the public.

"I'm very worried about this," Mr. Fuqua told AFP, hoping his film's message won't be engulfed by the scent of sulfur surrounding its lead actor.

"I hope we have enough compassion (...) to at least go see the work he has provided, because his work in the film is extraordinary", adds the director.

Before shocking the world by slapping comedian Chris Rock on the Oscars stage over a questionable joke about his wife's hair loss, Will Smith had conquered Hollywood since the 1990s and "was a man well, in front of all of us, for 37 years", recalls the filmmaker.

"Emancipation" is inspired by the story of "Whipped Peter", or "Peter the whipped", a black slave passed on to posterity for the barbaric treatment inflicted on him by his masters, before he escaped from a cotton plantation during the American Civil War.

Photos of his back, completely lacerated by whippings, have gone down in history as indelible proof of the brutality of slavery.

American director Antoine Fuqua at the European premiere of the film "Emancipation" on December 2 in London.

Will Smith embodies this character escaping from the clutches of cruel masters, and whose escape Antoine Fuqua imagines through the sticky swamps of Louisiana, filled with alligators, snakes and other dangers.

The director films this quest for freedom in the style of a suspense thriller, more than a historical drama, and shows the abuse inflicted on slaves head-on.

Brutal, the scenes of violence recall those of the multi-Oscar-winning film "12 years a Slave".

Will Smith's performance is undeniable, but many critics wonder if the actor's return to the screens is premature, just eight months after his slap.

Banned from the Oscars ceremony for 10 years, after having himself resigned from the Academy, the former "Prince of Bel Air" can in theory still be nominated and win a statuette.

The release of "Emancipation" in December also allows Apple to propose its film to the Oscars.

Will Smith, who has publicly apologized, "was wrong" to get carried away at the last Oscars, insists Mr. Fuqua, hoping that he reconciles with Chris Rock away from the spotlight.

But "Will is a good guy, I support him", adds the director.

During the difficult filming in the swamps of Louisiana, the actor "never complained", he underlines.

The filmmaker insists on the imperative need to release "Emancipation", at a time when memorial questions around slavery are causing multiple tensions in the United States.

"There are discussions not to teach slavery in certain schools (...), as if they wanted to erase the past", indignant Mr. Fuqua.

The Republican Party has strongly opposed reforms that considered changing the way slavery was taught and addressing systemic racism.

American children should not "learn that our country is inherently evil," conservative Senate boss Mitch McConnell and other lawmakers said last year.

Mr. Fuqua draws a parallel between this resistance and the clichés of "Whipped Peter", which were necessary to silence the voices which tried to minimize the horrors committed in the name of slavery at the end of the 19th century.

Actor Will Smith alongside Ben Foster, who plays a slaver in 'Emancipation,' at the film's premiere in Los Angeles on November 30.

"That's why it's so important to keep museums open, to bring all these things to life," he said.

"A lot of kids don't even know what slavery is."