Tourniquets, precision shooting and transfer of casualties: this is how they instruct the Ukrainians in Toledo

A group of soldiers drop to the ground, pull out a blue ribbon, and put a tourniquet on their left leg. Meanwhile, others rehearse in pairs the transfer of injured colleagues... 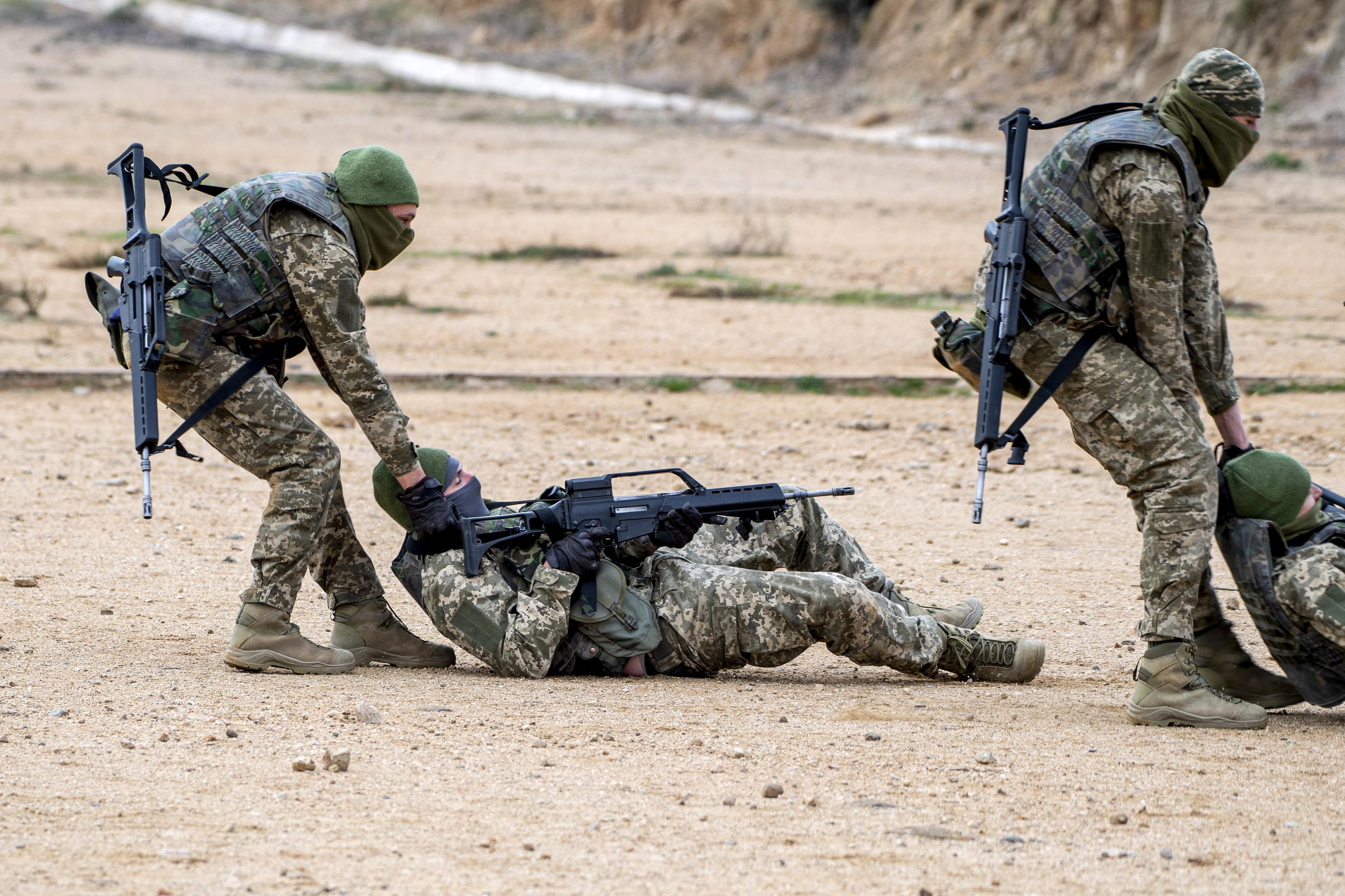 A group of soldiers drop to the ground, pull out a blue ribbon, and put a tourniquet on their left leg.

Meanwhile, others rehearse in pairs the transfer of comrades wounded in combat.

Further in the background, a third team refines its aim with the HK G36 rifles of the Army.

The 64 Ukrainians who began their instruction in Toledo on November 14 are progressing adequately.

in which the Spanish Armed Forces provide them with an indoctrination

Basic entient to give the level when, next December 16, they return to Ukraine, not from maneuvers, but to the real war.

This Friday the European Union Military Assistance Mission in support of Ukraine was presented at the Toledo Infantry Academy.

Toledo, European training center for Ukrainians: "This opportunity helps us try to save our lives"

Toledo, European training center for Ukrainians: "This opportunity helps us try to save our lives"

Thus, the 64 soldiers who are training these days in Toledo are the first group that is already part of this EU project.

At the moment, part of the Spanish commitment is

train up to 400 military

every two months in five-week rotations and also assume the

movements on the battlefield

, combat in urban areas, notions of shooting and treatment of casualties.

All are in good spirits and pass a preliminary screening in Ukraine before coming to Spain.

Here, they are made a small

before starting the training, which includes

for six and a half days a week, plus some 24-hour training to give them tools for night combat.

Spain has allocated to

of the America Infantry Regiment, who have changed their barracks in Berrioplano (Navarra), to supervise the Ukrainian troops in Toledo.

They are the ones who correct each exercise and watch all the details of what they do.

some words in your language

to make the instruction more dynamic, although each group has a translator, Spanish or Ukrainian, who helps them.

The order they have is to prepare them as best as possible for the moment of battle.

For this reason, since in Spain they work with HK G36 submachine guns and in Ukraine they will have AKA 47, they are accustomed to loading ammunition on the side of the Soviet missile.

and that their immediate destination is the front.

The rest, each one has a profile: there are some with higher education, with basic studies and with different occupations.

, in the words of the lieutenant colonel who leads the formation, and they have psychological help at their disposal, although no one has requested it.