The Turkish operation in northern Syria.. New bombing of sites in the countryside of Al-Hasakah, Al-Raqqa, Aleppo, and the vicinity of a military airport

Turkish forces bombed sites in the countryside of Hasakah, Raqqa, and Aleppo, and targeted areas in the vicinity of Menagh Airport that are under the control of what is known as the Syrian Democratic Forces, while a US military spokesman confirmed the cessation of joint operations against ISIS. 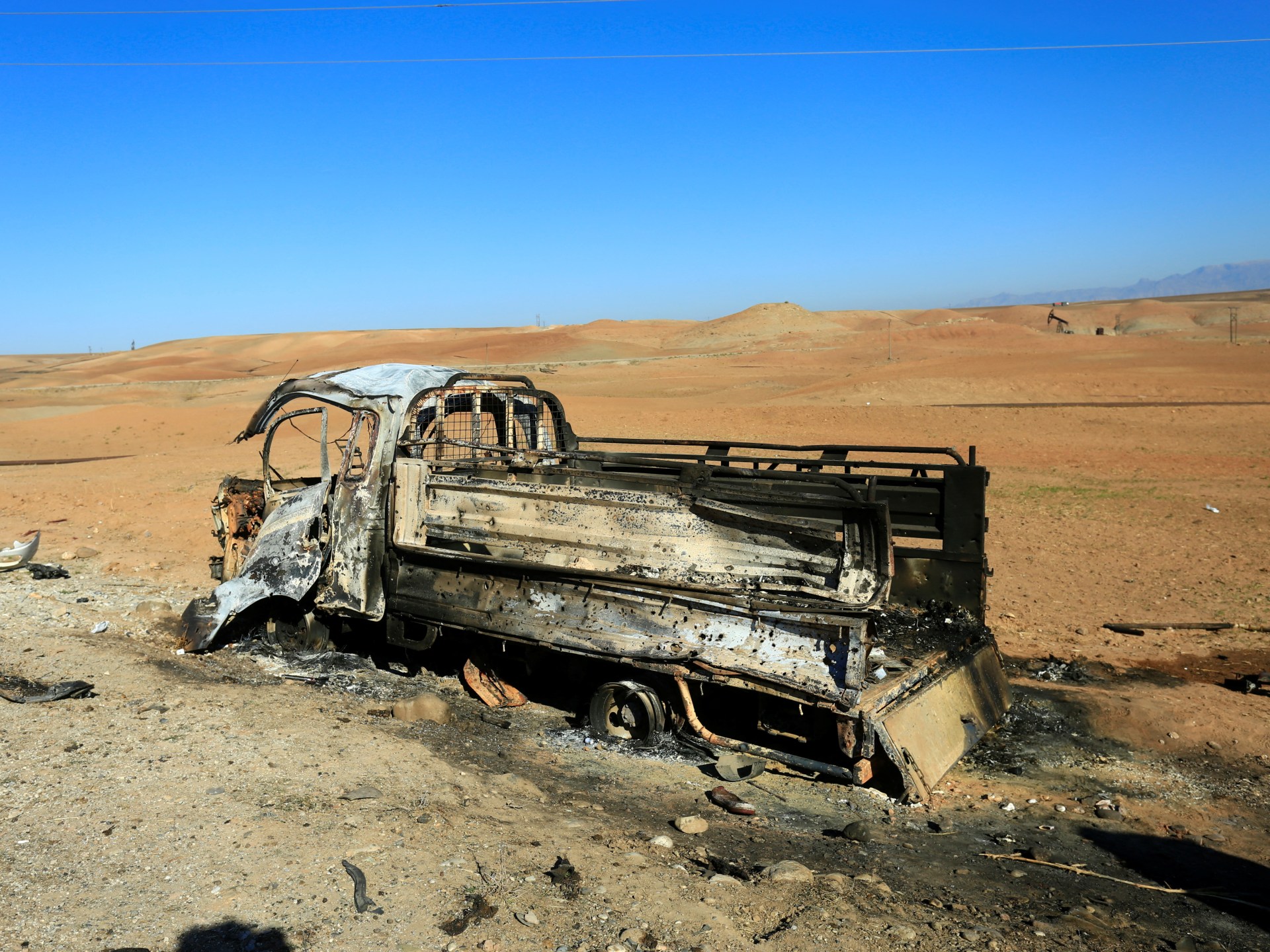 Turkish forces bombed sites in the countryside of Hasakah, Raqqa, and Aleppo, and also targeted areas in the vicinity of Menagh airport that are under the control of what is known as the Syrian Democratic Forces, while a spokesman for the US Central Command confirmed to Al-Jazeera the cessation of joint operations against ISIS.

Local sources also said that a Turkish march targeted the village of Tanab, west of the Menagh military airport in the northern countryside of Aleppo.

The so-called Syrian Democratic Forces said in a statement that it had documented about 70 areas that were bombed by Turkey from heavy artillery and drones during the 12th day of the military operation announced by Turkey on November 20.

In turn, the Turkish Ministry of Defense said that the operation against what it described as terrorists in northern Syria will continue effectively and decisively.

Defense Minister Hulusi Akar called on his country's allies to cut off their relations and support for the Kurdish People's Protection Units, which he described as terrorist.

Cessation of operations against the state organization

For his part, a spokesman for the US Central Command told Al-Jazeera that as a result of the announcement of the so-called Syrian Democratic Forces to stop their operations in the framework of combating the "Islamic State" organization, the US forces decided to stop all their joint operations against the organization.

In his statements, the spokesman stated that the Syrian Democratic Forces continue to carry out patrols and maintain security in Al-Hol camp, detention centers and prisons.

He added that the Islamic State organization still represents a threat to security and stability in the region and that Washington will remain committed to defeating it and resuming operations against it in the future.

Reuters had previously said that the so-called Syrian Democratic Forces had announced the suspension of coordination and joint operations with the US-led international coalition, after the Turkish bombing.

On November 20, Turkey launched the "claw-sword" operation against the Kurdish People's Protection Units in northern and northeastern Syria, after it was accused of masterminding the bombing that took place on Istiklal Street in Istanbul and left 6 dead, which the Kurdish militants denied.