She won the town's best poet competition in Borås

Uma Abdi from Norrby won the town's best poet sub-competition in Borås. Now she has the chance to win the national final which will be held in Örebro on December 11. - Many people do not know what poetry is in the town. Many people think that 'roses are red violets are blue' is poetry. But it's a way to express yourself regardless of where you come from, what you look like or whether you know the language, says Uma Abdi. 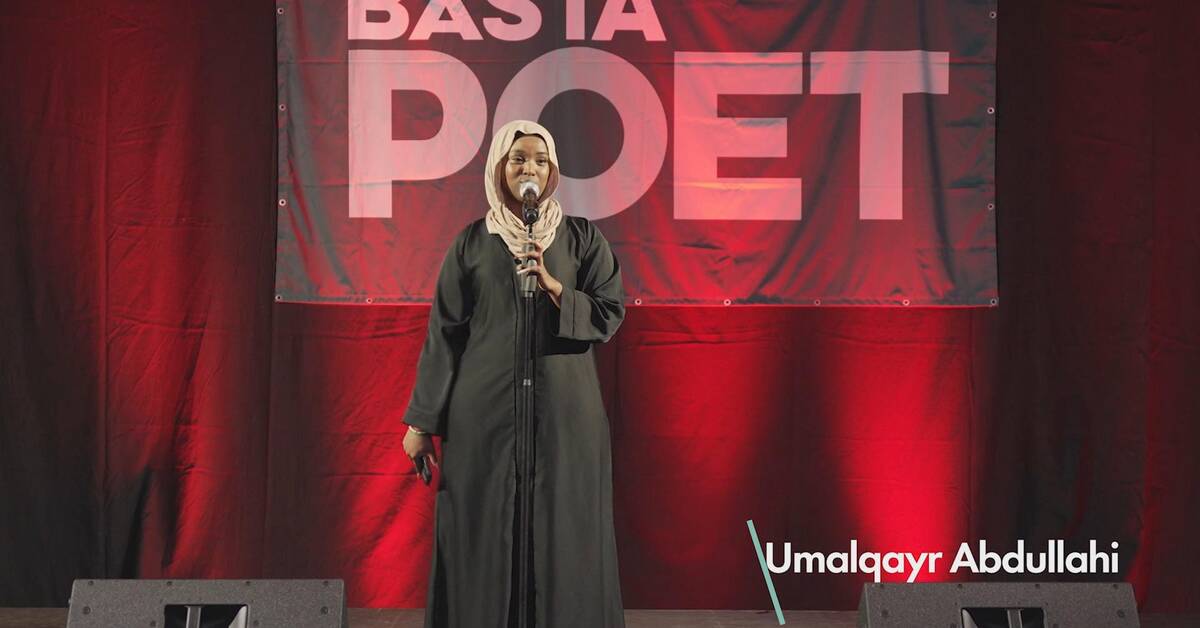 19-year-old Uma Abdi, together with Sowda Adan, also from Norrby, went on to compete in the Local's best poet competition which took place in Borås last Saturday, last week.

One of the organizers of the competition in Borås is Khalil El Machharawi.

- We need to lift young people who live in the area about who are often not heard.

Give them a platform because we need more role models in the field, he says.

He hopes that competitions like this will be able to give a better picture of the Norrby district.

- It has been written very negatively for many years.

We who live here know how much love and power there is.

But it is also important to get the young people who live here to want to write and get involved in cultural life, says Khalil El Machharawi.