In pediatric practice, extended hours in the face of bronchiolitis

"The days end much later", but "we assume": liberal pediatrician near Paris, Christophe Batard has added slots to an already busy agenda to deal with the epidemic of… 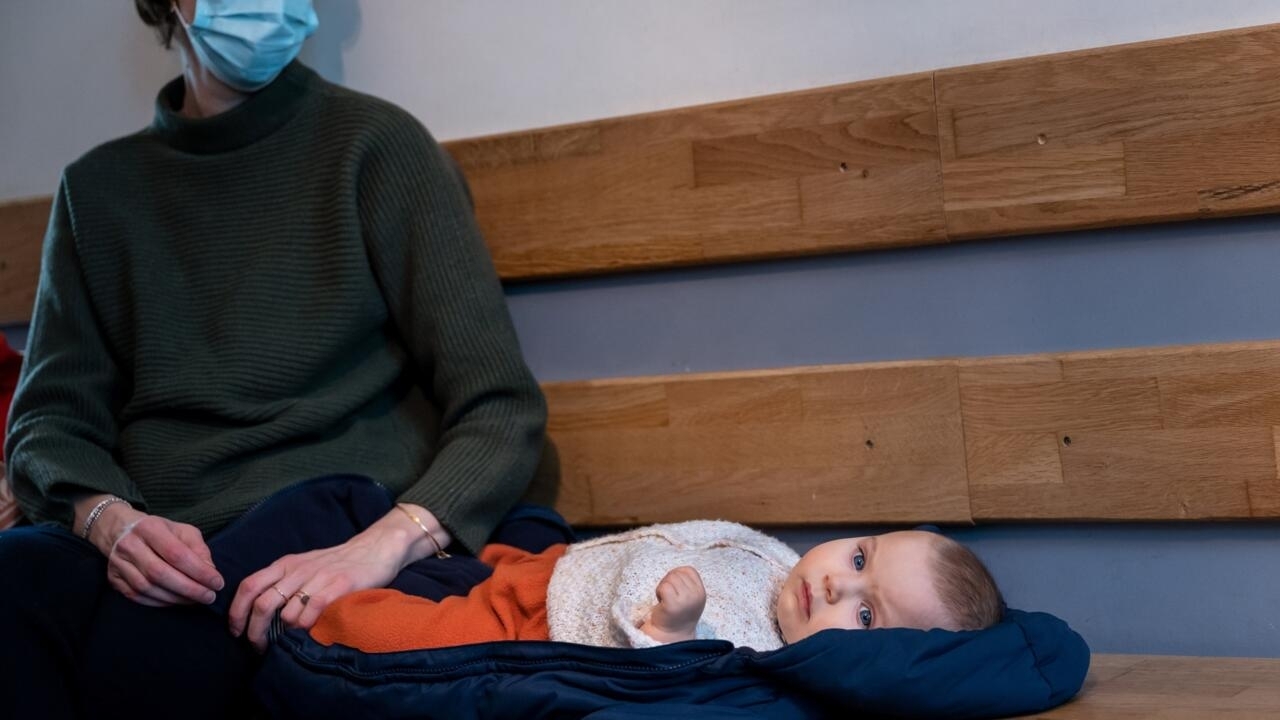 "She has been coughing a lot since yesterday, the mother would like to rule out the story of bronchiolitis", begins the grandmother, undressing the baby.

“The story of bronchiolitis …”, resumes, with an amused eye, the 52-year-old doctor, as if to clear up a concern expressed by many parents who came to consult him in his office in Vincennes.

Because if this disease is generally mild, it can be serious in toddlers.

"Already, I watch her breathe, and I see that she is not in distress", reassures the pediatrician.

He asks if the child is eating well, which is the case, second "reassuring criterion".

Then come the in-depth auscultation and the diagnosis: “a nasopharyngitis barely descended on the lungs”.

“What do we give him?” asks the grandmother, who is trying to calm the crying of the little one.

“We give him a lot of love!”, smiles the pediatrician … while emphasizing that it will be necessary “not to hesitate to call back. If it does not go well, I will come by Saturday or Sunday evening”.

Dr. Batard's weeks seem like an endless day, from Monday to Sunday, with "nearly 100 hours" per week.

To the usual appointments was added a cohort of "unscheduled" consultations, often for suspected bronchiolitis, for which the pediatrician reserves slots at the end of the morning or in the evening "until more time".

"We try not to mix children who come for pediatric follow-ups and those who are sick, so as not to contaminate the most fragile", explains the doctor, helped by an intern on internship and a medical secretary.

“We receive everyone. The days end much later, but we know that it is an epidemic period, and we assume”.

No way for him to go on strike, as some of his liberal colleagues did on Thursday and Friday, especially general practitioners, to demand an improvement in their working conditions and an increase in consultation fees.

"Given the context, it would have been very inappropriate", comments Dr. Batard.

The "context" is that of an early and particularly acute epidemic.

"Before the Covid, we had well-normed periods of bronchiolitis, which ranged from Beaujolais Nouveau to Epiphany", sums up the specialist.

This year, like last year, the outbreak started earlier.

And it is of a "very strong intensity", repeated the French public health agency on Friday.

Dr. Batard is pinning a lot of hope on the monoclonal antibodies developed by several major laboratories against the respiratory syncytial virus (RSV), the cause of bronchiolitis.

He himself is taking part in a study on one of these vaccines.

"I included an infant who had bronchiolitis + well hit +, while his twin did not even have a runny nose".

He had been vaccinated.

She has come across various viruses in recent weeks but has not suffered from any serious form.

"I hope that this vaccine will exist and will be able to benefit all babies", slips her mother Claire, 35, who waits with the little one without any particular concern, on the wooden benches of the waiting room.

But "for the moment, we must assume the present", made of "overloaded" pediatric emergencies and resuscitation, blows the pediatrician.

Which multiplies the prevention messages – wear a mask, ventilate the premises, avoid public places with an infant … – to limit contagion.