High school student goes to Ukraine in a military vehicle: "I don't know what I've gotten myself into"

Students at Värmdö Tekniska Gymnasium have painted and reinforced three vehicles to be delivered to Ukrainian combat units in Lviv. One of the drivers who drives the cars there is 18-year-old Tilly von Reis. - I don't really know what I've gotten myself into, says Tilly von Reis. 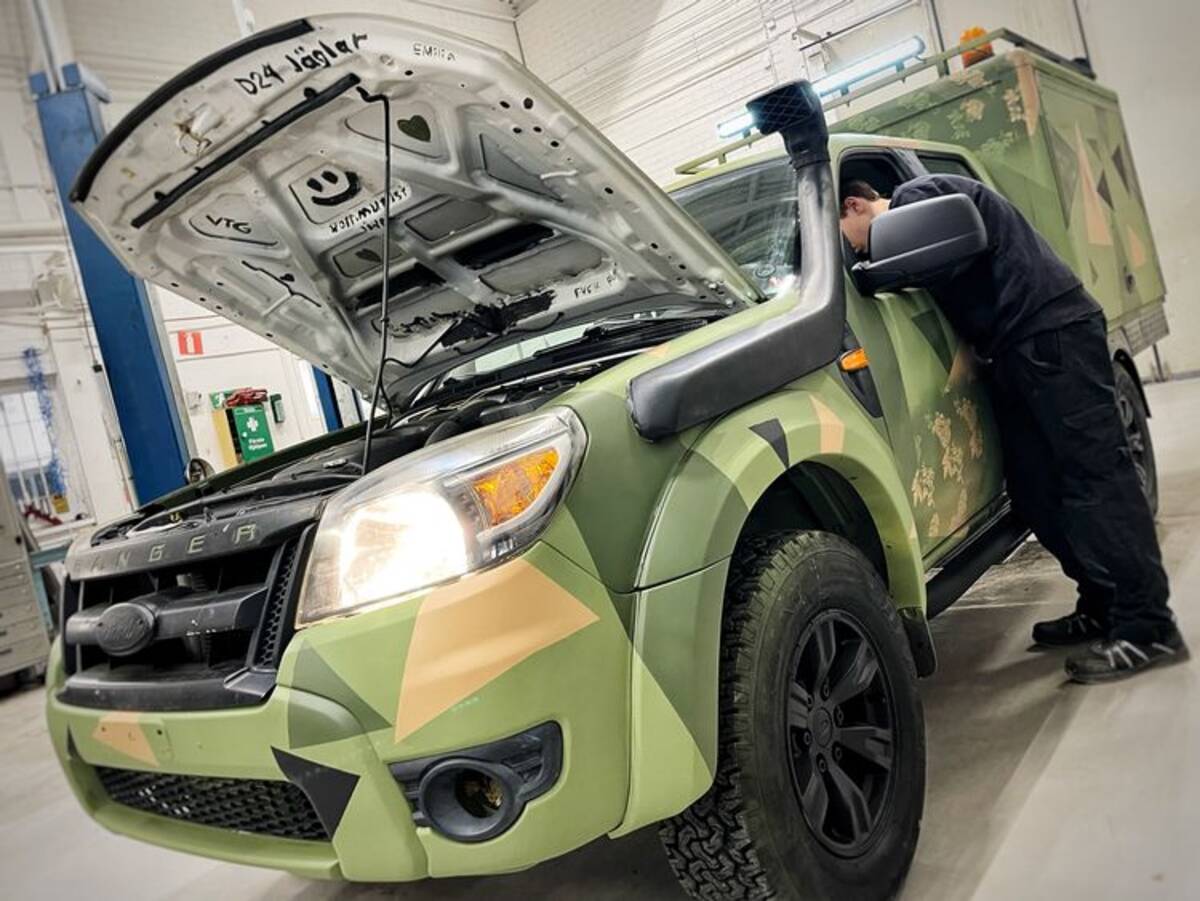 Tilly von Reis, 18 years old - drives one of the cars going to Lviv, together with the vehicle teacher Hasse Vikström and the school's principal, Malin Wincrantz.

The school has equipped three cars and on Thursday they took the ferry from Nynäshamn to Poland and then drove on towards the Ukrainian border.

None of the drivers have received safety training, but they are well aware that it is at their own risk.

- This trip has nothing to do with the school, the student's parents are well informed about that, explains principal Malin Wincrantz.

The school was asked by a volunteer organization

It was Blågula Bilen that contacted VTG and asked if the school could help equip the three donated cars.

How do you think about contributing material to a war?

- Ukraine must win, that is the only acceptable way this war can end, says Douglas Spangler, union leader at Blågula Bilen.