World: a dubious goal from Japan which eliminates Germany

Was the ball out or not? Germany was eliminated Thursday by a dubious goal, that of the victory of Japan against Spain (2-1), in the other match of group E. 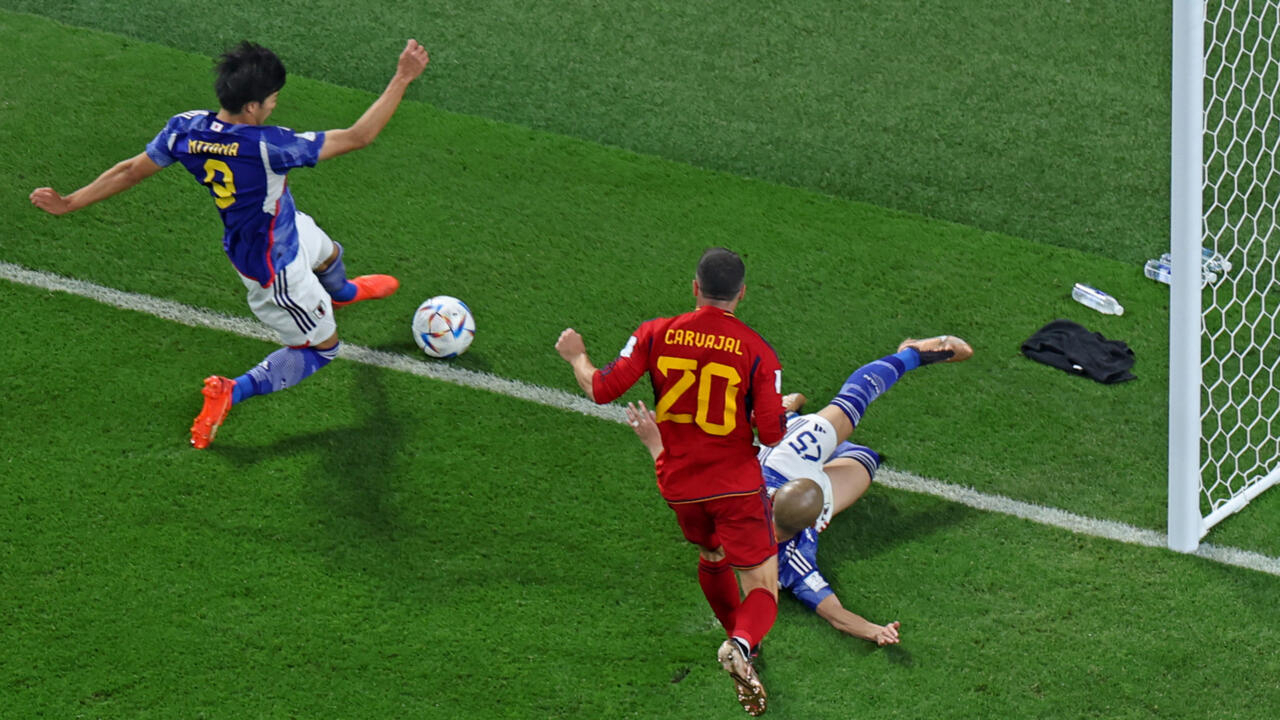 If Japan had drawn, Germany would have gone through with a 4-2 win over Costa Rica and it was the Japanese who would have had to pack up.

However, the images and slow motions of television do not make it possible to affirm that the ball had not entirely crossed the limits of the ground at the time of the last pass.

In any case, the South African referee Victor Gomes granted the goal after viewing the VAR.

"From my point of view, I believe the ball was half out, but I couldn't see well due to the speed, I was just focused on scoring," said the goalscorer, elected man of the game. match.

"There is a possibility that the ball was out, but if it had been and there hadn't been a goal, I wouldn't have been disappointed, but on arrival it was a goal. , so I'm happy."

Spain coach Luis Enrique seemed convinced the ball was out.

"I saw a photo that must be faked or manipulated, because there's no way this photo is real! I felt something fishy was going on when VAR took so long to make up its mind. .. I have nothing to say“, he reacted.

"If (the ball) had really gone out, it would have been a six-yarder. But the referee ruled she was still in play, we would have accepted her decision whatever it was, but he ruled it was at stake," he said.

According to an explanation put forward by a BBC journalist, the perception of the disputed action is not the same whether one looks at the ball from the ground or above it.

In the second case, it could be judged that the ball, more precisely its flare, has not entirely crossed the limits of the field and therefore remains in play.

IFAB Law 9 states that the ball is considered out of play when "it has entirely crossed the goal line or touchline, whether on the ground or in the air".

The German daily Die Welt notes soberly: "Inside or outside, a few millimeters decide the elimination of Germany".

No more spite at Bild, Germany's biggest daily: "Another bitter drama! As in the Wembley final against England in 1966, there was a controversial decision, and once again Germany was bears the cost".

Bild, however, quotes a more cautious referee, Patrick Ittrich: "They apparently found visual proof that the ball had not gone out".