Berlin is taking a further step to ensure its energy security, while Europe is in the midst of a showdown with Russia over its hydrocarbons, against a backdrop of war in Ukraine. From 2026, Doha… 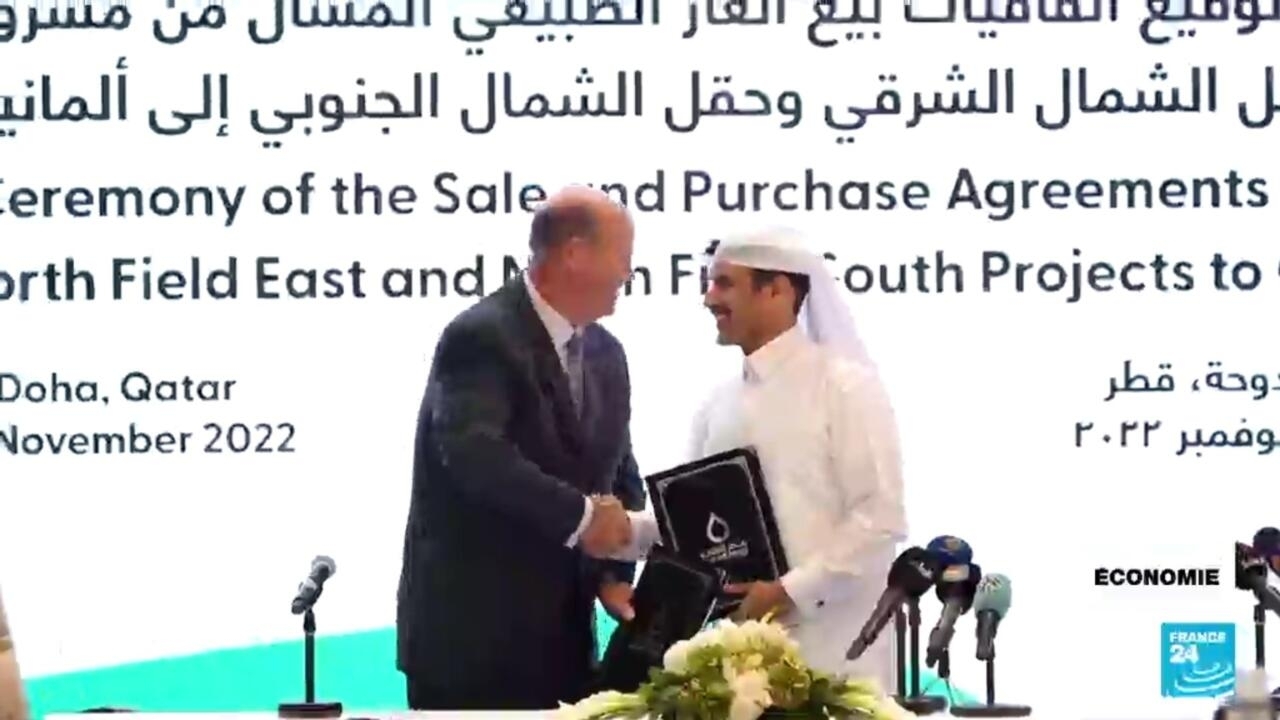 In Doha, it is not a German who shakes hands with the Qatari energy minister, Saad Al-Kaabi, but the head of the American company ConocoPhillips, who will handle deliveries to the Brunsbutell gas terminal, in northern Germany.

This contract reflects the geopolitical situation in Europe, with the war in Ukraine weighing on the EU for its supply of Russian hydrocarbons, whose purchases have been reduced to the bare minimum, while numerous Western sanctions are targeting Moscow.

It is also an indicator of the energy and trade policy of Qatar, one of the main LNG producers in the world, which intends to take advantage of the situation in its own way.

Doha wants to increase its production of liquefied natural gas by at least 60% by 2027, with the objective of reaching 126 million tonnes per year.

It must be said that this is a windfall that must be taken advantage of, and immediately: with the war in Ukraine and the soaring prices of gas and oil, the revenues from its LNG exports have almost doubled in 2021.

But even if Qatar develops or expands its contracts with Western countries, its main customers remain in Asia - China, Japan and South Korea in the lead.

Last week, Doha signed an agreement with Beijing for a record 27 years, for 4 million tonnes of LNG per year.