“Azzun town”... the lives of 12,000 Palestinians are governed by 5 military gates

500 meters is the distance traveled by the Palestinian farmer, Mahmoud Saleh, from the town of Azzun, east of Qalqilya Governorate in the northern West Bank, to his 90 dunums of land, planted with hundreds of olive trees. 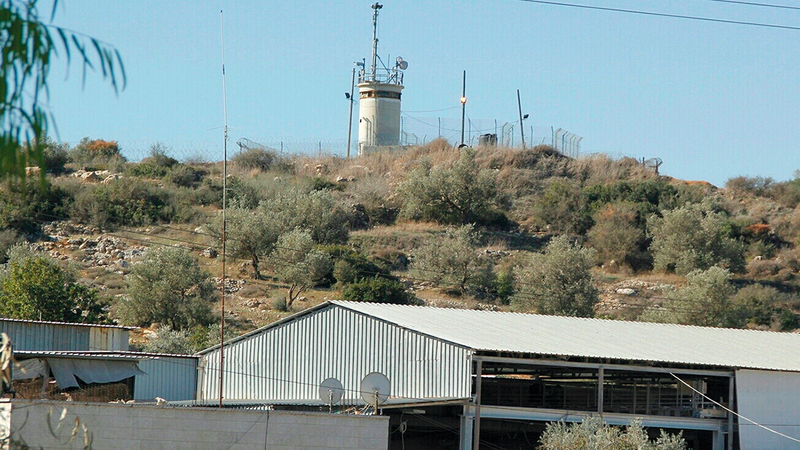 “Azzun town”... the lives of 12,000 Palestinians are governed by 5 military gates

500 meters is the distance traveled by the Palestinian farmer, Mahmoud Saleh, from the town of “Azzun”, east of Qalqilya Governorate, in the northern West Bank, to reach his land of 90 dunums, planted with hundreds of olive trees, but as a result of the occupation forces closing all entrances to the town with iron gates and military checkpoints. , This task became impossible for him and all cultivators.

The occupation imposes a comprehensive siege on Azzun, which is located on the main road connecting the governorates of Qalqilya and Nablus, starting on the 24th of last September, coinciding with the start of the olive season in the Palestinian territories. Bumpy dirt, crooked streets, passing through neighboring villages on foot for a distance of 15 kilometers, but he was unable to reach his land, and benefit from the olive fruits, which he spent a whole year caring for.

The Palestinian farmer, Saleh, faces the impossibility of accessing his land, as a result of the deployment of Israeli forces and their military checkpoints, even inside dirt and bypass roads. His bitterness is swallowed over time by 12,000 Palestinians who live in “Azzun”, which has turned into a prison completely isolated from its Palestinian surroundings, as it is surrounded by Five iron gates, four watch towers, and military checkpoints, in addition to five settlements besieging it from all directions.

The occupation intends to close the entrances to the town without declared reasons, especially the northern entrance, which the forces close with iron gates and military checkpoints, to besiege the lives of citizens, and prevent their access to neighboring villages, while the soldiers monitor the movement of residents through the surrounding military towers, within the policy of general collective punishment Against all the residents of “Azzun”, according to the mayor of “Azzun”, Ahmed Anaya.

Anaya told Emirates Today, in an exclusive interview: "Farmers are prevented from accessing their agricultural lands, expelled from them, and prevented from caring for and reclaiming them, by the forces deployed at military gates and checkpoints, in addition to the settlers' attacks on them, which causes suffering." Great for agricultural land owners ».

He added, “The most important objective of this blockade is to destroy the local economy in the town, whose livelihood is dependent on the vast majority of olive cultivation, by preventing farmers from picking the fruits of their trees, pressing them in presses, and supplying their products to the markets, especially since the residents buy in such places.” The times of olives and its oil are as a store that suffices them throughout the year.

Anaya explains that the Israeli siege does not only affect the entrances to the town, as the side streets and dirt roads that farmers take during the olive harvest season, and which students and workers enter on foot, are also closed by the Israeli forces with dirt mounds and iron barriers.

He points out that patients pay a heavy price as a result of this blockade, as they face great difficulties in moving through the closed entrances of “Azzun” to government hospitals in Qalqilya and cities in the West Bank, as well as workers and students who face great suffering in reaching universities and workplaces outside the borders of the besieged town. .

In conjunction with the imposition of the siege against Azzun, the occupation authorities issued 15 demolition and building halt orders to the residents of the town, in preparation for its removal, and forcibly displacing its original owners, under the pretext of unauthorized construction, and the location of the houses in Area C, according to the classification of the Oslo Accords.

The official responsible for the settlement file in the northern West Bank, Ghassan Douglas, confirms in his statements to "Emirates Today" that "Azzun" is exposed to a real human tragedy that affected all walks of life, and the social and economic aspects, as the occupation authorities prevent trucks and cars from entering it, while the residents face great difficulty. In entering their basic needs, because of the Israeli checkpoints imposed at the entrances to the town.

Douglas says: “The eastern entrance to the town of (Azzun), which served as its main gate, has been completely closed by the occupation for 22 years, with huge military gates, while the Israeli iron gates close the western side of the town. As for its southern entrance, which is used by villages Neighboring, it is difficult to reach, and by moving to the northern (Azzun) entrance, the real suffering of the residents is embodied, as it directly overlooks the public road that connects Qalqilya with the governorates of Nablus, Salfit and Tulkarm.

He added, "The town of (Azzun) is subjected to continuous harassment and raids by the Israeli army, in light of the imposition of the siege, especially in the late hours of the night, in addition to the injury of many citizens by the soldiers' fire."

• "Azzun" has turned into a prison completely isolated from its Palestinian surroundings, as it is surrounded by five iron gates, four watch towers, and military checkpoints, in addition to five settlements besieging it from all directions.