Via Katlehong Dance: “Dancing has changed my life”

Since the world premiere at the Avignon Festival, the South African company Via Katlehong Dance from the Katlehong township, 25 km from Johannesburg, has continued its tour of France and Luxembourg. Until… 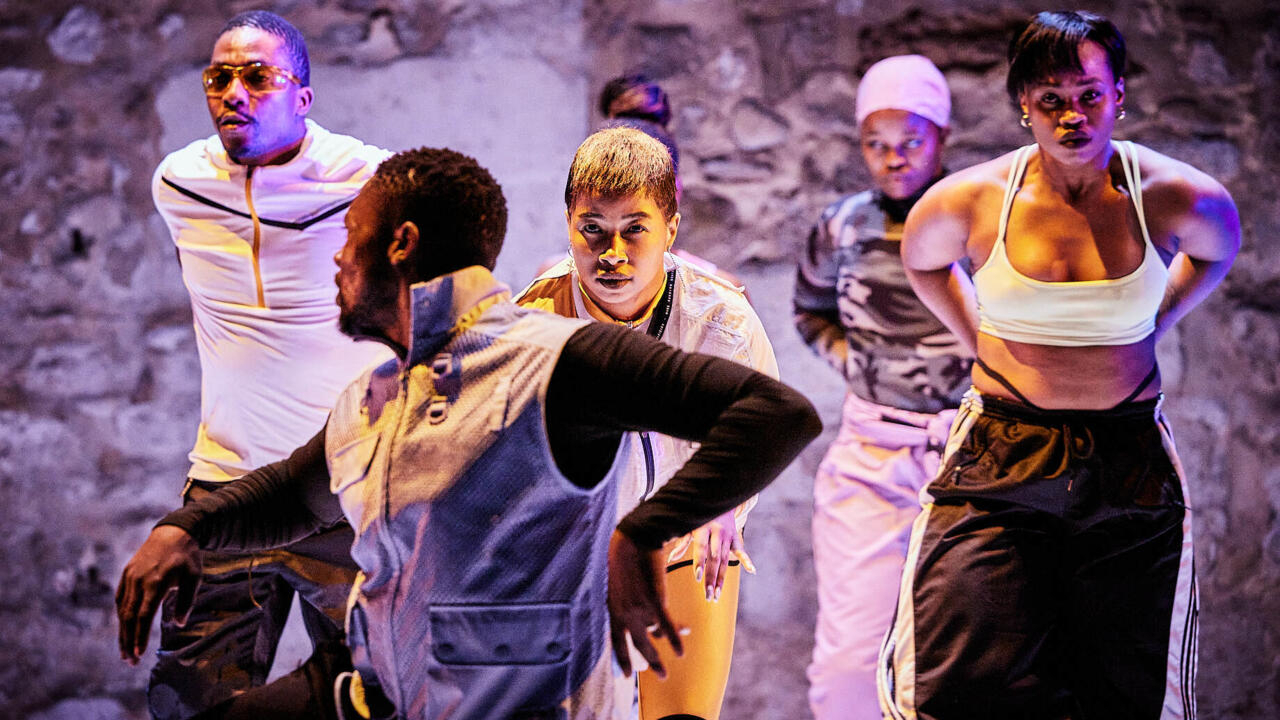 Via Katlehong Dance: “Dancing has changed my life”

"Via Injabulo", show by the South African company Via Katlehong.

Since the world premiere at the Avignon Festival, the South African company Via Katlehong Dance from the Katlehong township, 25 km from Johannesburg, has continued its tour of France and Luxembourg.

Until the end of December 2022, the dancers present their new creation, "Via Injabulo", in Créteil, Annemasse, Grenoble, Annecy, Châlons-en-Champagne and Luxembourg.

Joint interview with the artistic director and co-director Buru Mohlabane and Amala Dianor, one of the two choreographers of the show.

: Your joyful and powerful program brings together two pieces in which above all the ultra-fast and specific movements of your township Via Katlehong are highlighted.

What style of dance is it

In these two shows, you see mainly the dance of the protest culture of the pantsula [

For this, we mainly use footwork and foot movements.

Through these movements, we also create the steps and the rhythm of the choreography.

The pantsula dance is a very energetic and loud dance for which we also use whistling as an element of communication.

: As a French choreographer, how did you construct and deconstruct these elements of South African street dance within your choreography for Katlehong

When I work with a performer or a company for a project, I use the material of the dancers, that is to say the dance steps that they are going to offer me.

From these proposals, I will select certain movements, certain steps, and with that, I will be able to start building a base that I will then deploy throughout the process of creation.

What was interesting with Katlehong is that they have a very strong character, an identity, thanks to the pantsula dance, this street dance that comes from the townships.

And since I come from a hip-hop culture, there are a lot of connections that have been made.

So it was easy for me to come to terms with that material.

In the pantsula dance, there are very technical movements.

In classical dance, for example, there are several positions: first, second, port de bras... And there, it's the same.

, series of foot and leg movements that really build the foundation.

From this, they make variations.

So, I used this base, and afterwards, I asked them to do a little more complex compositions.

With that, I was able to really mount the choreography.

First of all, let me explain to you that we come from a cultural world.

We love meeting different people, sharing our life experiences with them and also bringing them to our country so that they can see how we live in our township.

In all our shows, we tell our life story.

With these two choreographers, we first checked where they came from.

We looked at their journey and found that the two choreographers have a background in street dance.

We have a lot of experience in street dancing, with pantsula dancing [

a dance called after the name of the rubber boots on which miners tapped while dancing, editor’s note

So we studied their work and realized that their work is very energetic and there are a lot of similarities between us and these two choreographers.

We wanted to create an open show, with a lot of energy and which expresses what we feel.

It was a good idea to bring the two choreographers from France and Portugal to South Africa.

Thus, we were also able to learn their culture and their way of working.

By working with the dancers of Via Katlehong, what did you learn about your way of choreographing

I learned that nothing is gained.

That it's a huge job each time to meet a team of dancers.

For me, what interests me above all else is revealing the individual on stage.

That is to say not only to show dancers on stage, but really the person who is dancing.

It's not easy, because you have to gain the confidence of the dancers.

You have to get them to understand that it is possible to perform differently on stage than just being a dancer and reciting a choreography.

All this is a path that we must take together, the team and me.

And at the beginning, the team did not understand at all where I wanted to go.

I first had to deconstruct a bit their way of presenting themselves on stage: they had a very frontal way of being on stage, each time,

they were facing the public and they forgot to look at each other.

And me, what interests me above all else is the connection they will have with each other.

With the dancers I work with, it becomes natural, but with them, I had to put it all back in place, when I had forgotten that it wasn't natural...

Amala Dianor, French guest choreographer for “Via Injabulo” by the South African company Via Katlehong Dance.

The Via Katlehong Dance Company was founded 30 years ago.

At that time, you were 9 years old.

Today you are part of the second generation.

The company was very strong in artistic work, but also in social work within your township.

What has changed in your underprivileged neighborhood thanks to the artistic, cultural and social work of the Via Katlehong Dance Company

Our dance company was founded in 1992 in Katlehong, by four street dancers.

At that time, there were many problems in Katlehong.

Their goal was to keep the kids away from crime and the bad energy that was in our township.

In our neighborhood, there was a lot of violence.

Many children were turned away.

I'm very lucky to be one of those kids who was pulled off the streets to become a dancer.

I fell in love with the dance, because of the discipline and the commitment which reigned there between the members of Via Katlehong.

We took it seriously and we got involved.

Then we had many opportunities in South Africa, then we even went abroad.

Today, France is our second home!

This is where our career began.

This is where we started to take it seriously as a career or a profession.

And your influence on your township

We had a good impact in our community.

Katlehong is a one hundred percent black township.

In the late 1980s and early 1990s, Katlehong found himself ostracized from society.

Today, we are having a positive impact on our township and promoting tourism there.

Many visitors from all over the world come to visit us in the township.

We live with them.

They end up having friends who are our friends and they have a good time at our house.

This is the positive impact we have on our community.

We are also creating jobs for young people.

And not just for Katlehong, but all over South Africa.

We work with many very different artists.

It depends on the show, characters, concept, etc.

Anyway, now we are expanding.

We work with everyone.

“Via Injabulo”, from the South African company Via Katlehong.

You did all your training and your career in France.

For this creation, you went to South Africa, to the Katlehong township in Johannesburg.

I found that I found myself very close to these dancers and this community.

They have a way of getting together that was similar to how my friends and I got together back then.

That is to say, without any pretension, getting together to have a good time, to listen to music, to dance... All the excuses were good to get together and be able to dance, party, etc.

Buru took me to the townships, we saw his friends, his family, he also took me to parties, it's really something that I try to convey on stage, with coolers, drinks, etc.

It's something very common there.

We meet, we don't go anywhere, we meet outside, we listen to music in cars, we sit, we talk, we drink, we dance, and that's life...

The Via Katlehong Dance Tour:

Buru Mohlabane in a word, a gesture and a silence