Since her scare from Vox, Macarena Olona (43) does not stop surprising us. Accustomed to seeing her at rallies and on the Congressional rostrum, the new Macarena is showing a face... 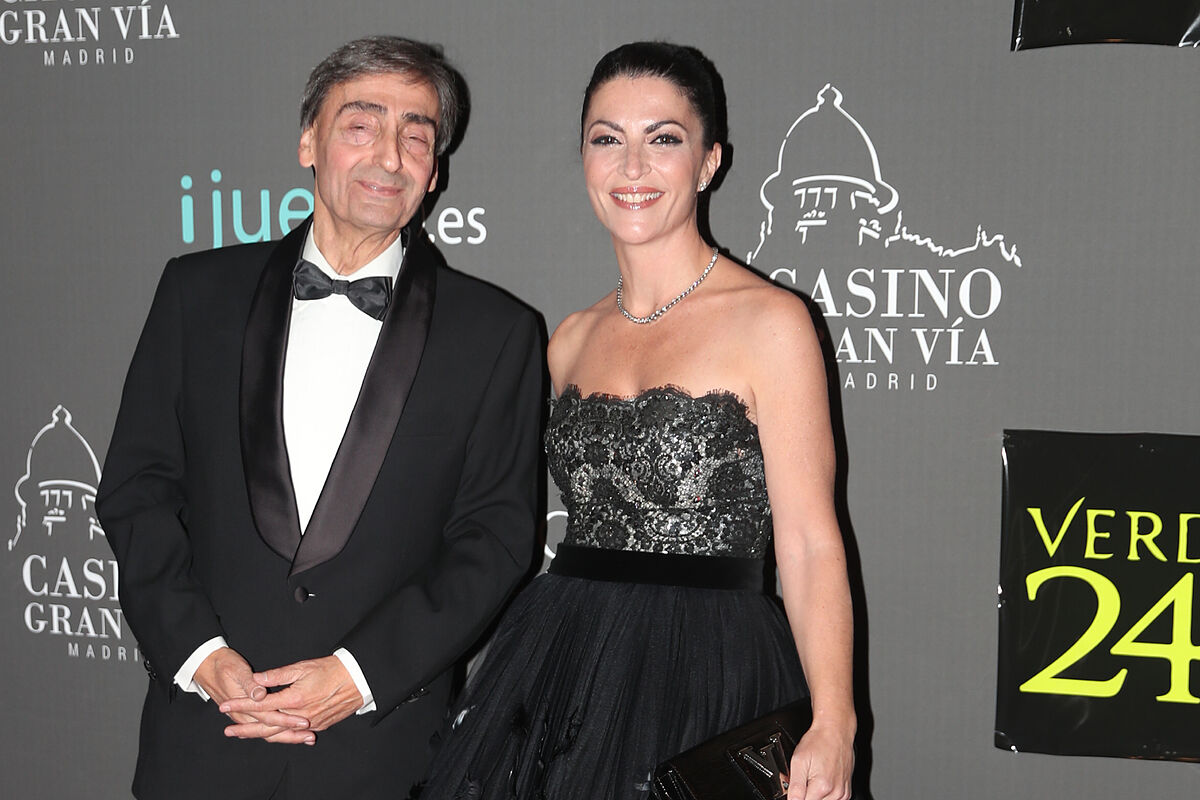 Since her scare from Vox, Macarena Olona (43) does not stop surprising us.

Accustomed to seeing her at rallies and on the Congressional rostrum, the

Macarena is showing a

much more relaxed and friendly face

in other types of much more glamorous settings, such as the 2022 Antena de Oro Awards, which were held on Saturday at the Grand Casino of Aranjuez (Madrid).

She was not going to receive any prize, but she was

one of the stars of the red carpet

, where she posed like a star clad in a

with feathers and a strapless neckline that held another surprise that she herself was in charge of revealing: the little outfit in issue, signed by

dress with which he married

I dusted off my wedding dress

. A jewel from @hannibal_laguna," he wrote on his Instagram account, where he uploaded several photos of the photocall.

The former Vox deputy mentioned in this way a detail of her private life, which until now she has jealously guarded, with another mention of her marriage:

"Today I have a wonderful ex

and the dress fits me if I don't breathe," she added.

is going to donate the dress

"Very difficult dates are approaching for many homes in Spain. The best destination for this Haníbal (sic) Laguna dress will be to

raise funds to bring them some relief

. Thanks to the angels who are organizing the auction. Thank you for allowing me to put my granite", reads the tweet that has received dozens of comments, some very critical.

It is not the first time that the lawyer has uploaded a photo of the dress to her networks, since a year ago she published an

image of her wedding day on the arm of her godfather

, who was not her father, Pablo Olona Cabasés, who abandoned her family when she was little, but another man whom she considered as such.

"Today he has met with the Father. Although not biological, he was biological for me. He never allowed me to give up. With each blow, always his outstretched hand, telling me: 'Get up.' Of everything he could have given me, he chose the most important: his example. Rest in peace," he wrote as a tribute after his death.

In the image she appears with a black dress and a white bouquet,

a very unusual outfit for a bride

was raised alone by her mother

, Toñi Choclán, since her father, a businessman from Lérida who was convicted of punishable insolvency, was a fugitive from justice and apparently ignored his two daughters.

However, when she passed away, she dedicated some heartfelt words to him and this summer she traveled to Panama to pay tribute to him.

The former Vox deputy has always been

extremely discreet about her private life

, of which very few details are known.

It is known that

she is divorced and that she has a young son named Diego,

who is the love of her life, presumably with a decorated Civil Guard officer.

published , he was admitted to the Benemérita as

at the end of the 90s, where he has developed a brilliant career.

She usually assures that she is

no trace of the civil guard

or any other couple in her networks, where she has uploaded images of her little Diego.