Lapid directs new accusations against Netanyahu, and Gantz warns of the repercussions of his alliance with Ben Gvir

Israeli Prime Minister Yair Lapid accused Prime Minister-designate Benjamin Netanyahu of dismantling the foundations of democracy. For his part, the Minister of Defense warned of the repercussions of the agreement between Netanyahu and the head of the “Jewish Greatness” party, Itamar Ben Gvir. 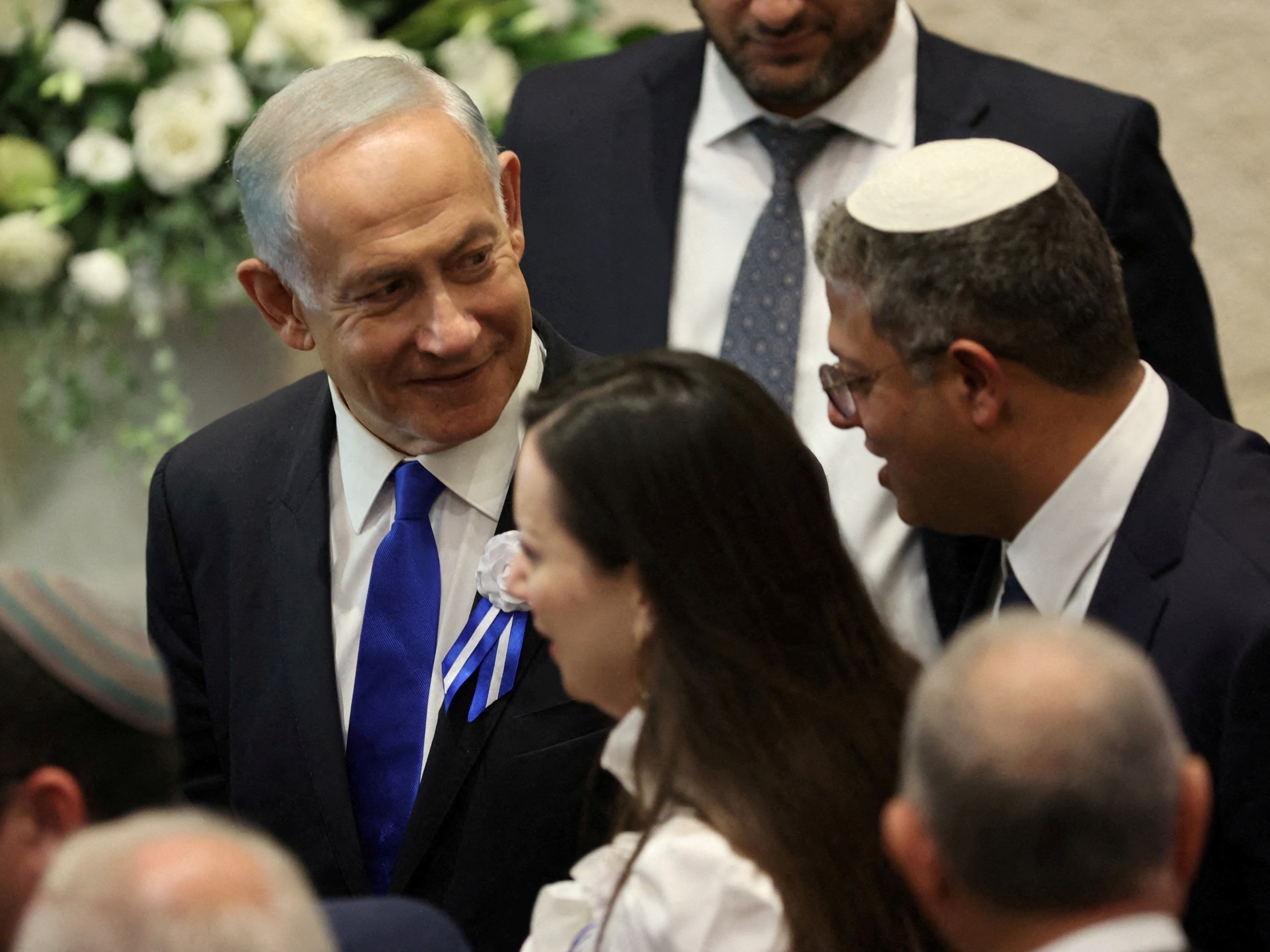 Today, Monday, Israeli Prime Minister Yair Lapid accused Prime Minister-designate Benjamin Netanyahu of what he called "dismantling the foundations of democracy" by seeking to identify the public prosecutor and judges in his corruption trial.

Lapid said - in a series of tweets about a speech he delivered during a conference organized by the "Israel Democracy Institute" - that Netanyahu does not want to be the second Israeli prime minister to go to prison.

He added that the leader of the Likud party wants to pass a law preventing the filing of indictments against the prime minister, calling for confronting this effort.

For his part, Defense Minister Benny Gantz warned of the repercussions of the agreement concluded between Netanyahu and the head of the "Jewish Greatness" party, Itamar Ben Gvir.

Gantz said that transferring the powers of the border guard unit operating in the West Bank to the authority of the Ministry of Internal Security, which Ben Gvir will take over, would harm Israel's security.

This comes as the prime minister-designate continues his negotiations with his potential allies from the far-right parties and the ultra-Orthodox to form a new government coalition headed by him.

Yesterday evening, Netanyahu signed an agreement with the “Noam” bloc headed by Avi Maoz, and he is continuing his negotiations with the leader of the “Jewish Home” Bezalel Smotrich, who is calling for the defense portfolio and expanded powers in the event that it is replaced by the Ministry of Finance.