Deprived of the World Cup in Qatar, the Russians fall back on the Serbian "brothers"

Flag of Serbia on the shoulders, a supporter observes a solemn silence while the national anthem sounds on television: what could be more normal in a bar in Belgrade, in the middle of the World Cup... 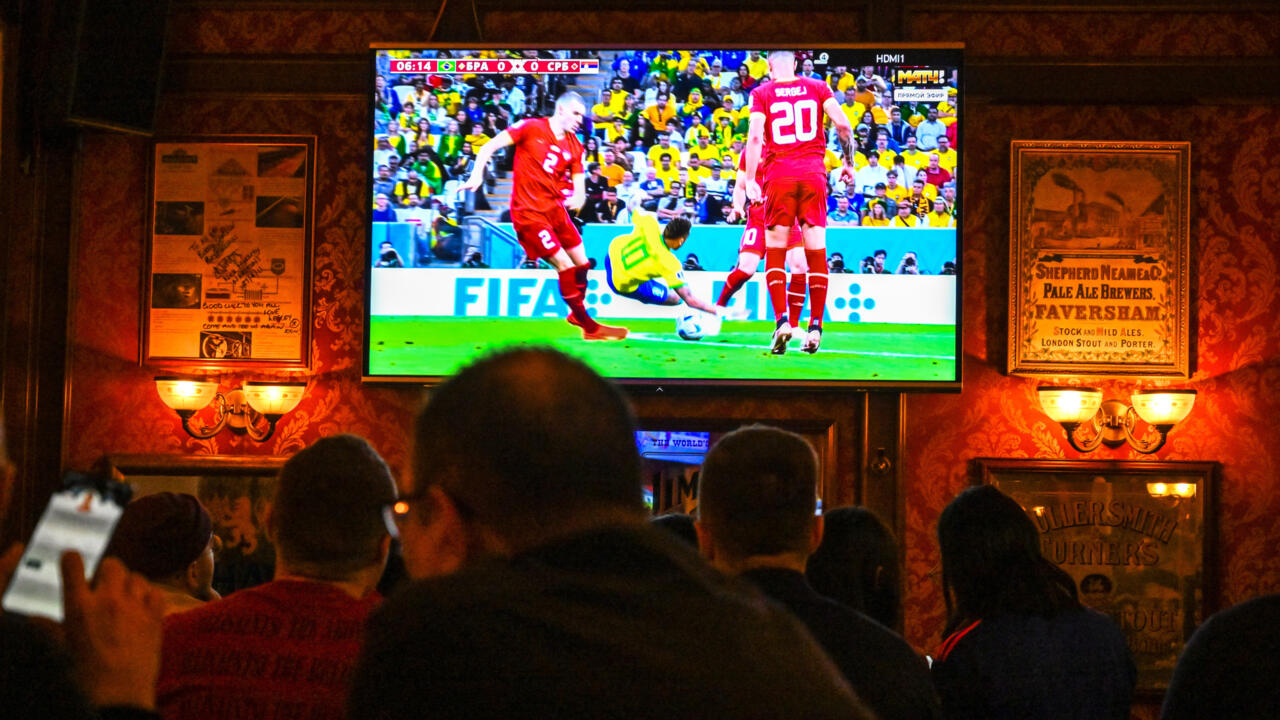 Excluded from major sports competitions because of its military offensive against Ukraine, Russia, host country of the 2018 World Cup, lives the World Cup in Qatar by proxy by supporting the Serbian team, which will face Cameroon on Monday after losing against Brazil.

Mainly populated by Slavs of Orthodox Christian faith, Russia and Serbia have close relations, forged by centuries of history and which the Russian intervention in Ukraine have not damaged.

Therefore, supporting Serbia during the tournament in Qatar seems natural for Kirill Gnevouchev, manager in a company of refrigeration equipment, met Thursday evening in a Moscow bar full to bursting for the first match of the "Orlovi" ("the Eagles ") against Brazil (2-0 loss).

"We have always supported them and we will continue to support them: I think that the Serbs are a brother people," he said thickly, hand closed on a well-opened bottle of white wine.

Here, the conflict in Ukraine and its procession of horrors seem far away: young women have painted the flag of Serbia on their cheeks, other customers discuss tactics while sipping beers, while two employees of a betting sign sportsmen pass from table to table to take bets.

"I bet on Brazil, but I support Serbia," smiles Roman Marchak, a 34-year-old professional poker player.

"If Brazil wins, I win money. If Serbia wins, I'll be happy!"

The bartender, Roman Iantchinski, 41, is thrilled: "It's thanks to Serbia that we're sold out today!"

In the absence of their players who reached the quarter-finals in 2018, Russian sports commentators dissect the performances of Serbian stars, including star strikers Aleksandar Mitrovic and Dusan Vlahovic, who entered the field after the hour mark.

In a poll conducted in mid-November by "Championship", a Russian sports news site, Serbia came top of the nations supported during the World Cup.

"Good luck! We believe in your success, brothers!" the Russian national team said at the start of the tournament.

Despite this enthusiasm displayed for Serbia, the absence of Russia reminds the inhabitants how isolated their country is today, barely four years after the World Cup-2018, which then symbolized openness to the world.

Roman Marchak, the poker player, regrets not being able to travel so easily abroad, and wonders about the future of the Russian football championship, which has seen foreign stars leave the country en masse.

"Maybe it will benefit young Russian talent. But no one in Europe will want to recruit them in this context," he said.

Treated as a pariah on the diplomatic and sports scene, Russia can in any case count on the solidarity of the Serbs.

Rare foreign team to make the trip, the Red Star of Belgrade went to Saint Petersburg on November 22 to face Zenit in a friendly match (3-1 victory for the local team).

On this occasion, Russian fans unfurled in the streets of Russia's second city a flag of Serbia and another of Russia several hundred meters long.

Still, in a country that loves football, Russia's absence from the World Cup hurts.

"Sport should not suffer the consequences of politics," said Gleb, an 18-year-old humanities student.

Roman Marchak compares the current situation of the Russian team to that of Yugoslavia excluded from the Euro in 1992 and the World Cup in 1994, in a context of war, before being reinstated.

"But as long as the current political situation persists, nothing will change. Today, sport and politics cannot be separated."