The government of the Central African Republic said that a plane coming from a neighboring country bombed at night a camp located in the north of the country that includes special forces and Russian “allies”, referring to the Russian “Wagner” group. 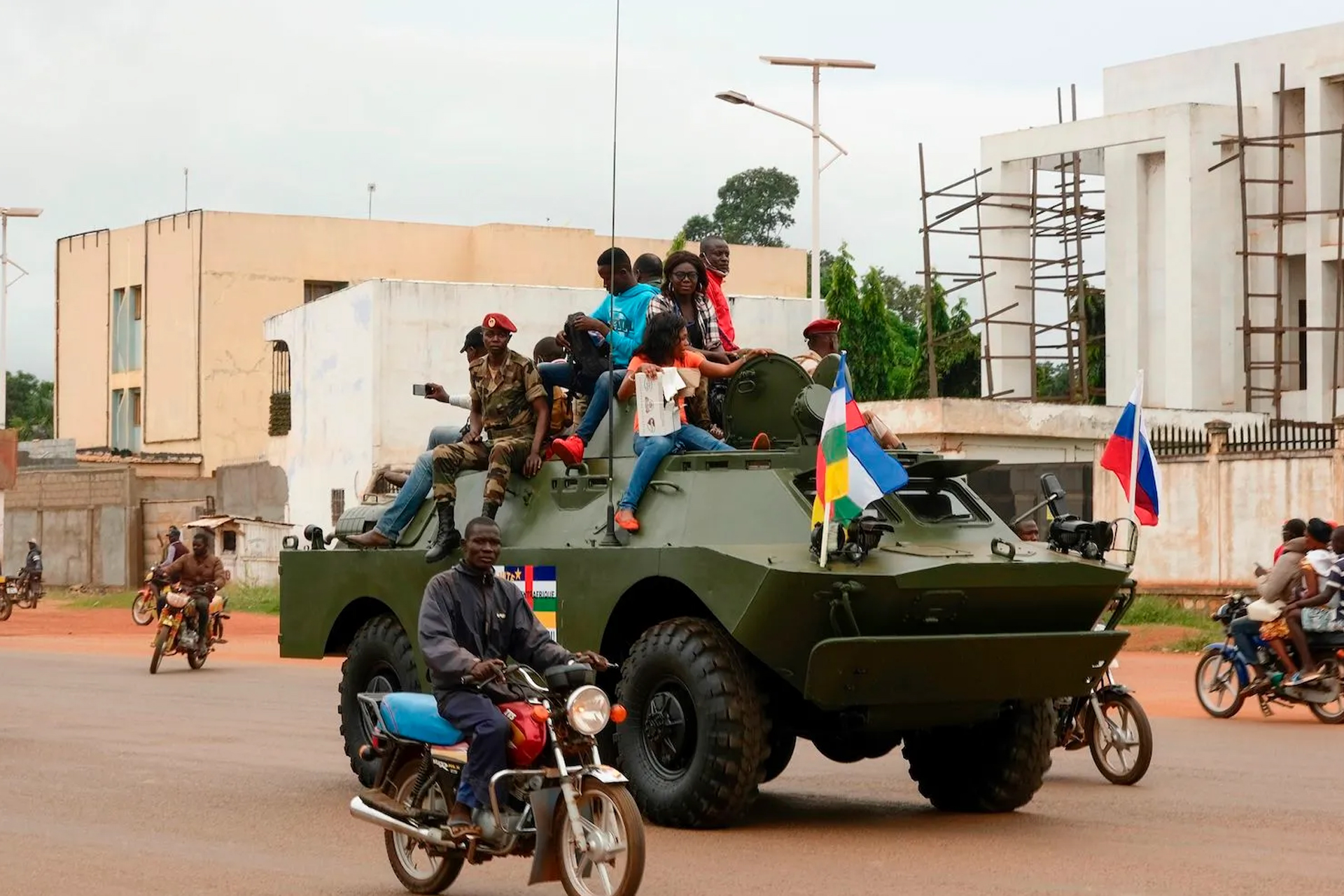 The government of the Central African Republic said on Monday that a plane coming from a neighboring country bombed at night a camp in the north of the country that includes special forces and Russian "allies", referring to the Russian "Wagner" group founded by a businessman close to the Kremlin, Yevgeny Prigozhin.

The government added - in a statement - that the plane dropped explosives in the city of Bossangoa, targeting a base of the Special Defense Forces and another of the Russian allies, in addition to a cotton factory, noting that the bombing caused huge material damage.

And she added that the plane, after carrying out the raid, headed towards the north before crossing the borders, noting that Central Africa is bordered by Chad from the north.

This is the first time that a raid suspected of being carried out by an enemy aircraft has been reported, at least since the outbreak of the civil war in the Central African Republic in 2013.

And in 2021, Russia deployed hundreds of members of the private security Wagner Group at the request of President Faustin-Archange Touadera, which contributed to the defeat of the militias from most of the lands it controlled.

Until recently, the city of Bossangoa, where the raid took place, was under the control of a group of rebels.

And last month, the French Press Agency said that it had learned from identical sources that the last 130 French soldiers in the Central African Republic would leave the troubled country by the end of the year.

A civil war erupted in this country in 2013, when the mostly Muslim "Seleka" rebels overthrew President Francois Bozize.

After his overthrow, the ousted president formed the "Anti-Balaka" militia, the majority of which were Christians. Fighting between the two camps reached its climax in 2018, but the intensity of the conflict has subsided since then.

However, the presence and authority of the state was not permanently entrenched throughout the country.