Norma Duval: happy ending with Matthias Kühn after her failures and being thrown out of the house by a mother-in-law

At the International Horse Show in Seville, journalists asked Norma Duval if there would be a wedding with Matthias Kühn, after the new reconciliation of the... 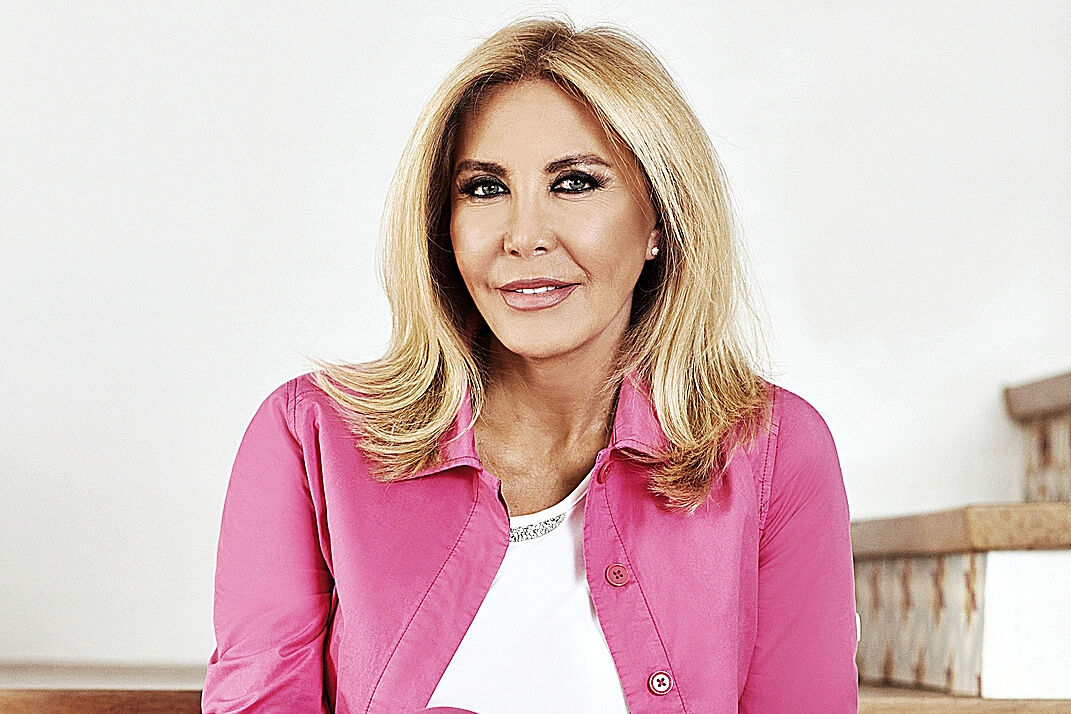 At the International Horse Show in Seville, journalists

asked Norma Duval if there would be a wedding with Matthias Kühn,

after the couple's new reconciliation, after 13 years of relationship.

went off on a tangent with "my private life is fine."

published on its cover, the "secret wedding" of Norma and the German businessman, in Gstaad.

That is where the newlywed has established his residence after leaving Mallorca, fed up with lawsuits, for some of his questioned businesses.

A way of communicating that it has its rules.

You have to keep quiet and divert attention, until the news is published.

She processes her residence in the Swiss country, where they want a quiet life and travel around the world, although she does not abandon her business projects at thematic fairs, such as those organized so far in Mallorca.

This wedding is the second for Kühn, divorced from a German woman and with grown children.

And the third for Norma, with a complicated marriage resume.

In the Miss Madrid contest, which Puri won at the age of 17,

Valerio Lazarov noticed that young woman with a spectacular body and proposed her for a musical show.

And from the magazine to the cinema, to the breakout films that were successful at the time, where the actress meets the most important producer of the genre, José Frade.

Constant, hardworking and with aesthetic arrangements that make her a beauty,

Norma makes the leap to the Folies Bergère in Paris.

There she meets a young Spaniard, Jorge García Lago,

from a wealthy Galician family, but suffering from myasthenia, a serious degenerative disease.

Jorge falls madly in love with her and asks her to marry him.

The star trades her feathers for a large apartment on Paseo de la Castellana, where she lives with her boyfriend and her parents, willing to leave everything to be a good wife.

But a month before the wedding, the engagement breaks off when she receives a job offer that is hard to refuse.

The García Lago family, who never fully accepted her, forbade her from accepting her offer and threw her out of the house.

An event that filled many pages of the press.

Norma entered the apartment to collect her belongings, including the jewelry her fiancé had given her, valued at many millions of pesetas, but her ex-mother-in-law prevented her from doing so and held her while she called the police.

Norma ended up leaving the building, handcuffed and between two guards, accused of trespassing and illegal theft.

In turn, the vedette denounced the family for having retained her by force.

The scandal was monumental.

When Norma returns to the Parisian cabaret, she meets Marc Ostarcevic, a former basketball champion, a coach in France and with some construction materials business.

The crush was immediate and Ostarcevic becomes her representative.

They start a life together and have three children;

After nine years of marriage and eleven of cohabitation, the relationship had deteriorated.

Norma's theater projects were not going well, her husband was the one who carried her career

and, on the other hand, José Frade had reappeared.

A relationship carried out with a lot of secrecy and denied by both parties.

Frade had been married to Adriana Rothlander for 30 years and they had several children.

But his wife was not ready for an amicable divorce

during their marriage and accusing Norma of little less than persecuting him.

Demands rained down that Frade won the majority, while Norma kept a distance from her, keeping silent.

Until the relationship was made public and due to exclusives, Norma announced that (at age 47) she was pregnant by the producer.

A son "much sought after by both",

although he later confessed, always via an exclusive statement, that his partner's attitude towards that pregnancy was disappointing.

This media vaudeville continued with

a new statement from Norma regretting having suffered an abortion.

Norma and Frade end up getting married in secret, in Molina de Aragón, where her friend Concha Azuara was the judge, who was Sebastián Palomo Linares's last partner, and

coincidentally also a witness to the wedding in Suiza.

Frade separated Norma from friends, from the movies, from television.

Every piece of news about them turned into a lawsuit.

And Norma, always cheerful, communicative with the press and very close, "disappeared",

plunged into that marriage.

They were married for four years, from 2004 to 2008 and divorced by mutual consent, announced through another exclusive.

According to what Norma told this journalist, they continue to maintain a good relationship.

Matthias Kühn has put an end to this succession of loves and heartbreaks.

The third time was the charm.