Arrimadas wins the first round for control of Ciudadanos over Bal: "Give me a hug, Inés"

"Give me a hug, Inés." When the spokesman for Ciudadanos in Congress, Edmundo Bal, tried to stage the reconciliation with the president of the formation, Inés... 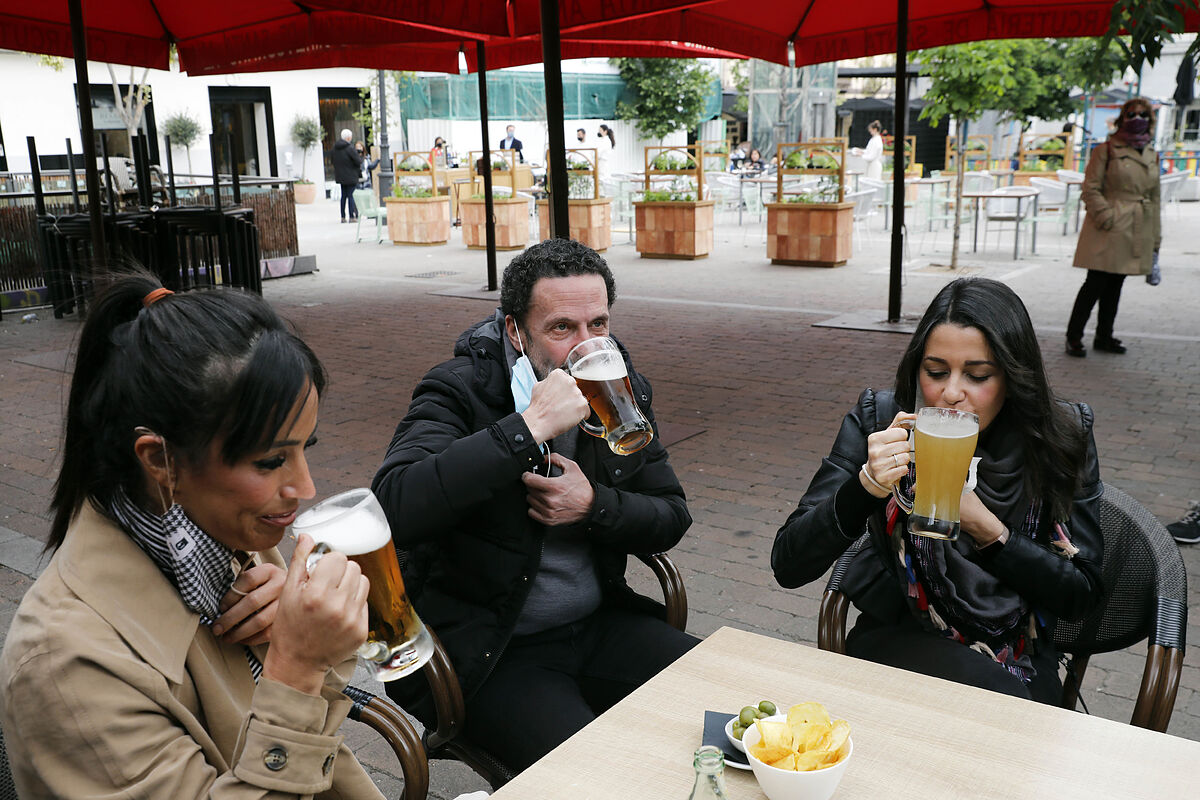 When the spokesman for Ciudadanos in Congress, Edmundo Bal, tried to stage the reconciliation with the president of the formation, Inés Arrimadas, after a week of tension in the

party , few members of the Executive, meeting on Friday afternoon in Sales headquarters saw sincerity in this gesture.

Bal, who made a single intervention throughout the more than five hours of conclave, spoke at the beginning, in what many of those present saw as a kind of "community presentation."

Hence, his final gesture of forcing an embrace with the party leader was received with suspicion.

"Edmundo has valued the idea of ​​trying to lead the party," agree several members of the Executive consulted by

The crisis that Ciudadanos has experienced in recent weeks has two legs.

On the one hand, the unwavering support that the party, pushed by its parliamentary spokesman, Bal, gave to the law of the

only yes is yes

of the Minister of Equality, Irene Montero.

When the sentence reductions for sexual crimes began to be known thanks to this law, Arrimadas personally asked Bal, a State lawyer, for explanations, but he did not warn of the perverse effects that the new regulation could have, as did PP, ERC or PDeCAT presenting amendments to the legal text.

The second point of friction has been the new organizational structure of the party, which Arrimadas wants to be two-headed, with a political leadership and a more technical one that runs the day-to-day running of the organization.

Sectors critical of the party president have seen in this proposal a strategy to shield themselves personally in the event of a bad electoral result in the regional and municipal elections in May.

According to the sources consulted, Bal would have used this internal response to Arrimadas to probe his possibilities.

"The latest electoral results have taken their toll on Arrimadas, her image has suffered, it is logical that there are people who can question her, but there is no alternative to Inés," they say in the Citizens Executive.

"Edmundo cannot and should not be" party leader, the sources consulted agree.

"Edmundo has valued leading the party, but he cannot and should not be"

In fact, at the meeting on Friday the hidden confrontation that Arrimadas and Bal had staged in recent weeks was not verbalized.

"It looked bad and it ended well," sums up one of the attendees.

The only discordant note was put by Francisco Igea,

and critical of the management of Arrimadas.

His intervention was the most heated and questioned the leadership capacity of the party president, but his words were disgraced by other members of the Executive.

, one of the few supporters of Arrimadas in the Parliamentary Group in Congress, warm up the atmosphere and whose statements in recent days had also contributed to raising the tension in the party.

Those attending the meeting agreed yesterday that Arrimadas won the first assault on Bal.

Not only because the spokesperson in Congress closed sail when he saw how the conclave was going, but also because in the end the party model defended by the president was unanimously approved: a two-headed organization made up of a general secretary, in charge of managing tasks organic, and a national spokesperson, who will be responsible for the political action of the formation.

Both positions will be presented together leading a candidacy that must be endorsed at the next party Assembly scheduled for the beginning of the year.

There it will have to be confirmed if Arrimadas maintains control of the organization and if, as some members of the Executive detected yesterday, Bal has already seen himself as a loser.