Walmart shooter expressed remorse before taking his own life

Virginia authorities published a "suicide note" in which the shooter who killed six people in a Walmart store complains of being harassed at work and asks God for forgiveness, expressing his regret to everyone. who was a manager 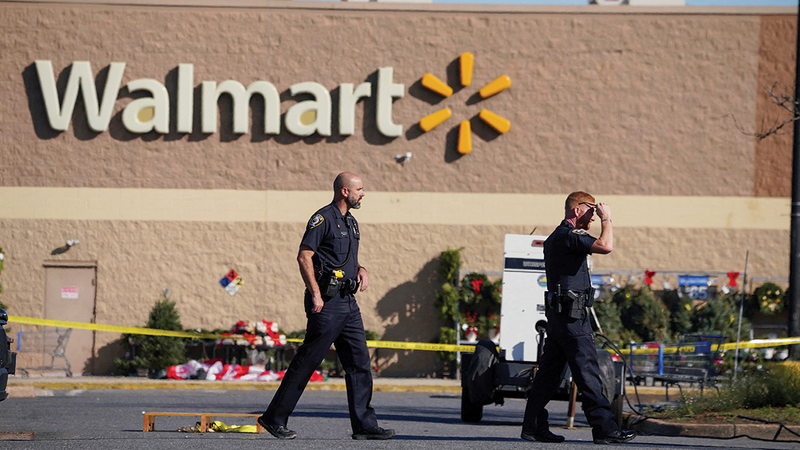 The American authorities publish a letter he wrote before the incident

Walmart shooter expressed remorse before taking his own life

Two American policemen at the scene of the shooting.

Virginia authorities have published a "suicide note" in which the shooter who killed six people in a Walmart store complains of being harassed at work and asks God for forgiveness, expressing his remorse for everyone.

After his shooting last Tuesday, Andre Bing, 31, who was the night shift manager at a Walmart store in Chesapeake, Virginia, committed suicide.

And the authorities in the Chesapeake, 240 km southeast of Washington, D.C., issued a message titled "suicide note", which they said they had found on Bing's phone, in which he said: "I was harassed by idiots, their intelligence is weak and they lack wisdom, and I was equally guilty, And I failed my management team and everyone who loved me by convincing them that I was normal.

Peng apologized for his actions, saying, "I'm sorry everyone, but I didn't plan for it.

I assure that things happened as if the devil was leading me.

He continued, according to the letter, “I wish I could save everyone from myself.

May God forgive me for what I am about to do.”

Chesapeake City authorities confirmed that on the day of the attack, Andre Bing had legally purchased the nine-millimeter handgun used in the shooting.

Six people were killed and four injured when Peng entered a staff break room around 10 p.m. and opened fire, said the police.

This is the second mass shooting in Virginia this month, after three football players at the University of Virginia were shot dead and two other students were injured by a classmate after a school trip on November 13.

So far in 2022, the Gun Violence Archive, which specializes in counting shooting violence, has monitored more than 600 mass shootings in the United States, and every incident in which four or more people are killed, without counting the shooter.

A mass shooting in the United States since the beginning of 2022.