Venezuela...the government and the opposition sign an agreement in Mexico City, and an American official: an important stage in the right direction

Today, Saturday, the Venezuelan government and opposition signed a "wide-ranging social agreement" in Mexico at the end of their negotiations, which are being monitored by several countries, including the United States, France, Mexico and Colombia. 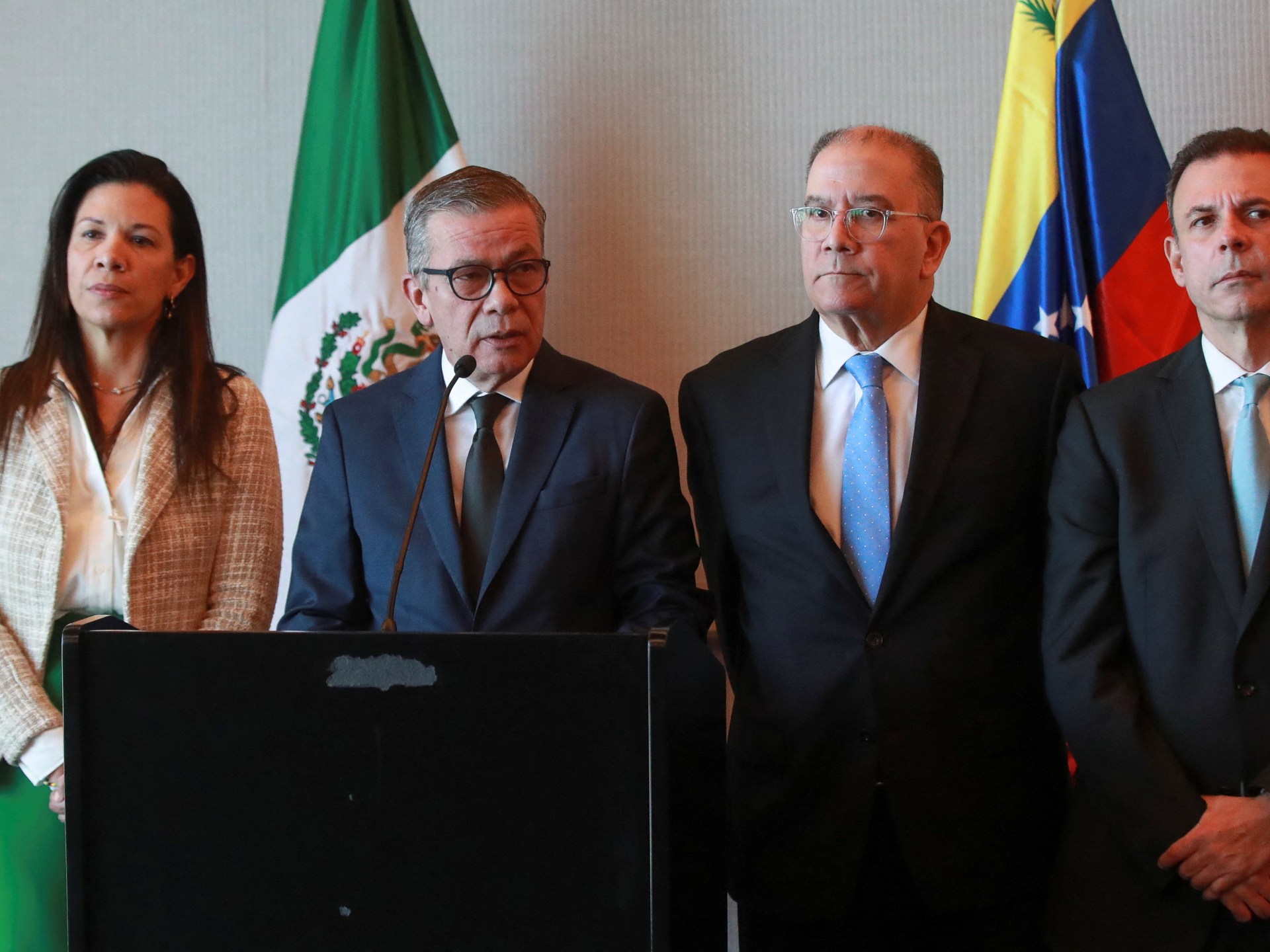 Today, Saturday, the Venezuelan government and opposition signed a "wide-ranging social agreement" in the capital, Mexico, at the end of their negotiations, which are being monitored by several countries, including France, Mexico and Colombia, in addition to the United States, which welcomed the agreement and allowed the Chevron oil group to partially resume its work in Venezuela.

The two sides signed a "humanitarian" agreement centered on education, health, food security, flood response, and electricity programmes. They also agreed to continue talks on the presidential elections scheduled for 2024.

Mexican Foreign Minister Marcelo Ebrard - who made mediation efforts between the two parties - said that the agreement reached in the meeting room of a Mexico City hotel constitutes "hope for all of Latin America."

A senior US official - who wished to remain anonymous - also considered the agreement "an important step in the right direction" and said, "We join the international community that welcomed the resumption of negotiations."

In its first reaction to the signing of the agreement, the US government authorized today the Chevron oil group to partially resume exploration activities in Venezuela.

The US Treasury Department said that the group could partially resume the activities of its subsidiary in Venezuela in partnership with the Venezuelan public company, Petroleos, with the assurance that the latter “will not receive any revenues from oil sales by Chevron.”

And she added - in a statement - that this partial lifting of sanctions "reflects the long-term policy of the United States aimed at lifting sanctions, provided that tangible progress is made in terms of alleviating the suffering of the Venezuelan people and in support of the return of democracy" to this country.

On the other hand, a senior US administration official explained that the rest of the sanctions "will remain in place as the United States continues to implement them vigorously, and to hold accountable any individual who violates US law by being involved in corruption and disrespecting the rule of law in Venezuela."

For his part, American Bob Menendez, chairman of the Senate Foreign Affairs Committee, considered the signed agreement "an urgent and necessary step to address the misery and suffering of the Venezuelan people."

Menendez, a staunch proponent of continuing pressure on the Venezuelan government, noted that the agreement "contains no indication of (Venezuelan) President Nicolás Maduro's sudden intention to act in the interest of his people."

Venezuela is facing US and European sanctions, including an oil embargo imposed by Washington to push Maduro to step down, which exacerbated the economic crisis afflicting this country, without achieving any tangible results on the political level.

Negotiations between the Venezuelan government and opposition resumed last May, with the easing of some US sanctions, in light of the repercussions of the Russian-Ukrainian war on oil prices, which prompted Washington to re-examine its position on Caracas.

The US government has publicly acknowledged that Venezuelan hydrocarbons can be beneficial to the international market in such circumstances.

It is noteworthy that the political crisis in Venezuela has worsened since the outgoing President (Maduro) announced that he won a new term in the 2018 elections, and the opposition, as well as several international bodies, challenged its legitimacy.